The 2020 North West 200 has been postponed due to the coronavirus pandemic,organisers have confirmed on Tuesday afternoon.

The news comes a day after Isle of Man legislature Tynwald announced that this year's TT would not go ahead due to the island ramping up safety measures to stop the spread of COVID-19.

The number of confirmed cases of COVID-19 in Northern Ireland has now risen to 45, according to reports, with organisers for the Cookstown 100 and Tandragee 100 races in April and May postponing their races as a result.

Last week, NW200 clerk of the course Mervyn Whyte told BBC NI that this year's event would be going ahead "until we are told opposite" by the country's health authorities.

This was despite the annual NW200 riders meet-and-greet evening being cancelled.

However, with the outbreak continuing to grow across the UK - with the number of countrywide cases exceeding 1000 - more social distancing measures are being put in place to quell the virus spread.

As a result, the May 10-16 NW200 - Northern Ireland's largest outdoor sporting event - has been postponed. 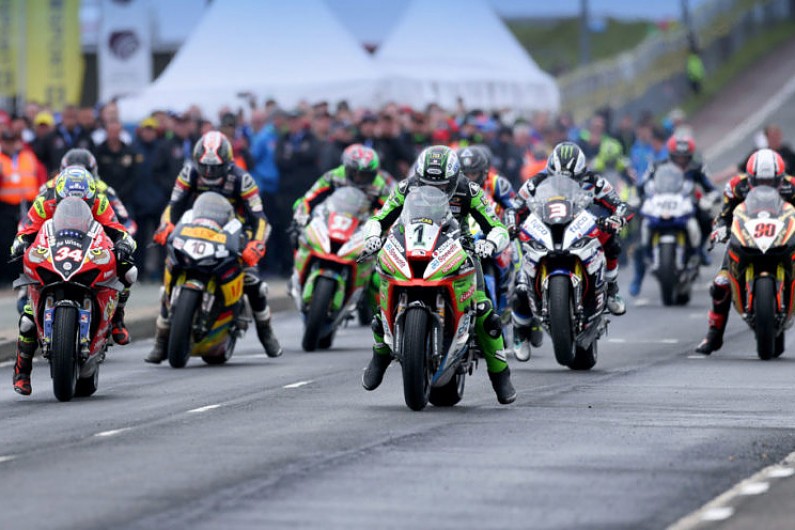 A statement read: "Given the current concerns and restrictions around the Coronavirus public health crisis, the organisers of the 2020 fonaCAB and Nicholl Oils North West 200 will postpone the May 10-16 Race Week.

"Over the past two weeks we have been in constant contact with government and public health officials, representatives of Causeway Coast and Glens Council, and the sport's governing body, the MCUI (UC).

"Today's decision has been based upon the advice and guidance received. "Our paramount desire is to act responsibly and do all we can to protect everyone from the threat posed by the virus.

"We enjoy the full support of loyal sponsors and stakeholders in making this decision but apologise for any inconvenience it has caused to them, our competitors, volunteers and race fans."

Despite the statement, Whyte has said the NW200 could be run at a later date although this would be "very difficult".

After Autosport reached out for clarification on whether organisers were looking at a new date, Whyte said: "In truth we just don't know at the moment. Everything depends on how long this coronavirus will last."

The Cookstown 100 is looking at being rescheduled to September, while the Isle of Man government hopes the Classic TT and Manx Grand Prix in August will go ahead as planned.

The loss of the NW200 is an added blow to Norther Ireland's road racing calendar, as it is unlikely the Ulster Grand Prix at Dundrod in August will go ahead due to financial woes.

Reports say the UGP is in debt for some £250,000. Last week, UGP clerk of the course Noel Johnston stood down from his role after 18 years.