That effort initially put him more than two seconds clear of the rest of the field around the 3.8-mile Guia circuit, and even after his rivals had improved their times in that session the Bathams BMW rider remained 1.7s ahead.

And though Hickman's efforts to improve in Saturday morning's 45-minute second session were thwarted by traffic, meaning he was beaten by both team-mate Michael Rutter and the Ducati Panigale V4 R of David Johnson, his initial time was still good enough to seal pole by two tenths. 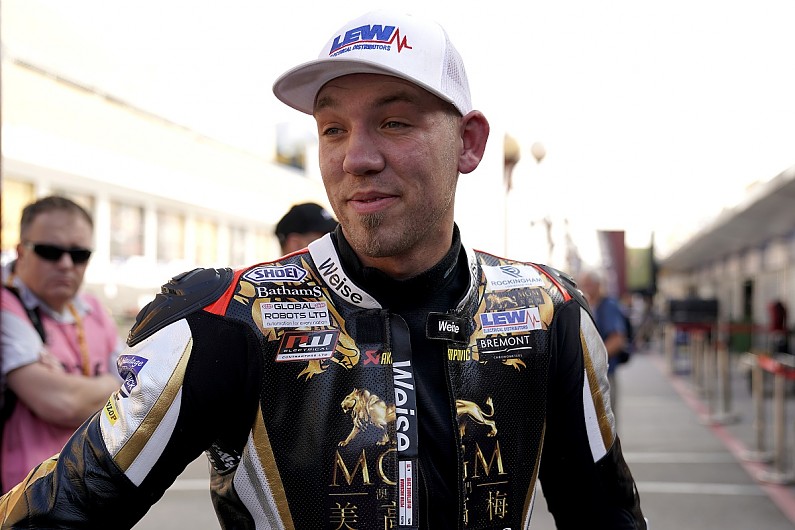 Eight-time winner Rutter went significantly quicker than he had previously on his final lap of the second session, sealing second with a 2m25.382s lap on his Honda RC213V-S, while Johnson ended up third, close to a second off Hickman's pace.

Johnson's Paul Bird Motorsport team-mate John McGuinness - riding a Ducati for the first time this season in the event where he returned from a two-year injury spell last year - will start fourth, having spent much of the second session in the top three, ahead of Lee Johnston's Ashcourt Racing BMW.

Austrian rider Horst Saiger was sixth on his Yamaha ahead of Erno Kostamo (BMW).

Ian Hutchinson, who is racing at Macau for the first time since 2016, was 10th in the second qualifying session after lapping close to four seconds slower than Rutter.

The weekend marks 16-time Isle of Man TT winner Hutchinson's first race outing since the 2019 edition of the TT, having skipped the Ulster Grand Prix to have his leg operated on.