John McGuinness's return to the North West 200 in 2019 has been plunged into doubt, after organisers ruled the Norton Superbike is ineligible for competition.

McGuinness suffered a badly broken leg in a crash caused by a mechanical issue on his Honda in 2017, and has been largely absent from active competition since - save for appearances at the Classic TT and Macau Grand Prix last year.

Back to full fitness for 2019, McGuinness is set to tackle the international road races with Norton in the Superbike and Lightweight classes, and tested the SG8 for the first time last week.

But his participation in the first major road race of the year at the North West 200 in the Superbike class is in doubt, after a statement from event organisers revealed the Norton's 1200cc does not meet the current technical rules.

The statement read: "The organisers of the 2019 fonaCAB International North West 200 in association with Nicholl Oils received an entry from John McGuinness dated 7 February 2019 to compete for the Norton team in the May 12-18 races.

"The entry specified the machine John was entered on for both Superbike races would have an engine capacity of 1000cc.

"The entry was accepted on that basis and a recent announcement was made to the press that John would make his comeback to the North West 200 after a two year absence because of a leg injury sustained in 2017. The organisers were delighted at this prospect. 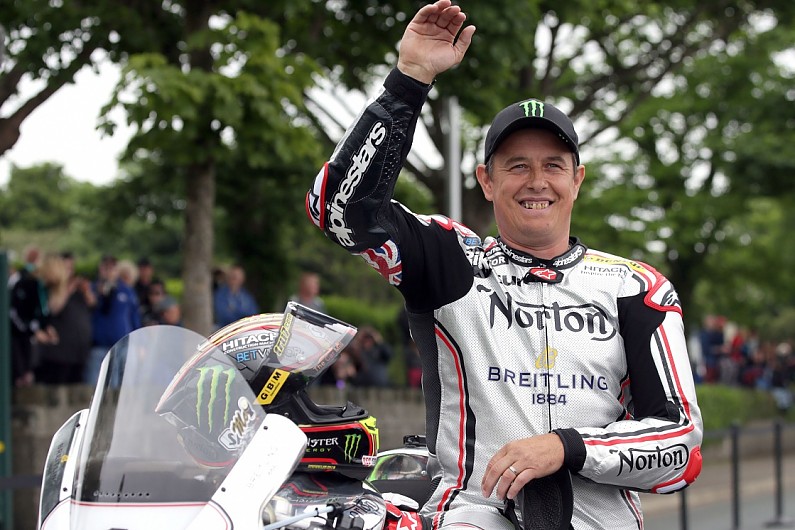 "The organisers were subsequently informed on 26 March 2019 by Norton that the engine capacity of the SG8 superbike they intend to race at the North West will be 1200cc.

"It does not, therefore, meet the current technical regulations for the NW200 superbike races and would not be eligible for competition at the event.

"John McGuinness and Norton CEO, Stuart Garner, have both been informed of that situation.

"It is hoped that a solution can still be found to resolve this issue before May and that both John McGuinness and Norton will take part in the 90th anniversary event."

It is unclear how this will affect Norton and McGuinness's TT plans, as the current Superbike regulations for four-stroke machines only allow for a maximum engine displacement of 1000cc.

The rules do state machinery outside the parameters set in the regulations may be entered at the discretion of the organisers.

Autosport has approached Norton for comment on the situation.