Nobuharu Matsushita scored his first Super Formula pole position in qualifying for this weekend's season finale, and a second for the B-Max Racing Team.

Ex-Formula 2 racer Matsushita was second-fastest behind Toshiki Oyu in his Q2 group, but come the eight-car pole shootout the roles were reversed, with Matsushita setting the day's fastest time of 1m36.717s.

That marginally eclipsed the time with which Oyu topped Q2 as the Nakajima Racing driver failed to improve on his earlier time with a 1m36.901s, leaving him 0.184s shy of pole.

Dandelion Racing pair Nirei Fukuzumi - who took pole on Super Formula's last visit to Suzuka in April but came up 0.216s short on this occasion - and Tadasuke Makino will make up the second row.

Newly-crowned champion Tomoki Nojiri suffered an early scare as he barely scraped through his Q1 group in sixth, but the Mugen driver managed to get through to Q3 to post the fifth-fastest time.

Ritomo Miyata (TOM'S) was best of the Toyota-powered contingent in sixth, having topped his Q1 and Q2 groups, followed by Motegi race winner Hiroki Otsu (Mugen) and Sacha Fenestraz (Kondo Racing), the only other Toyota runner to make it through to Q3. 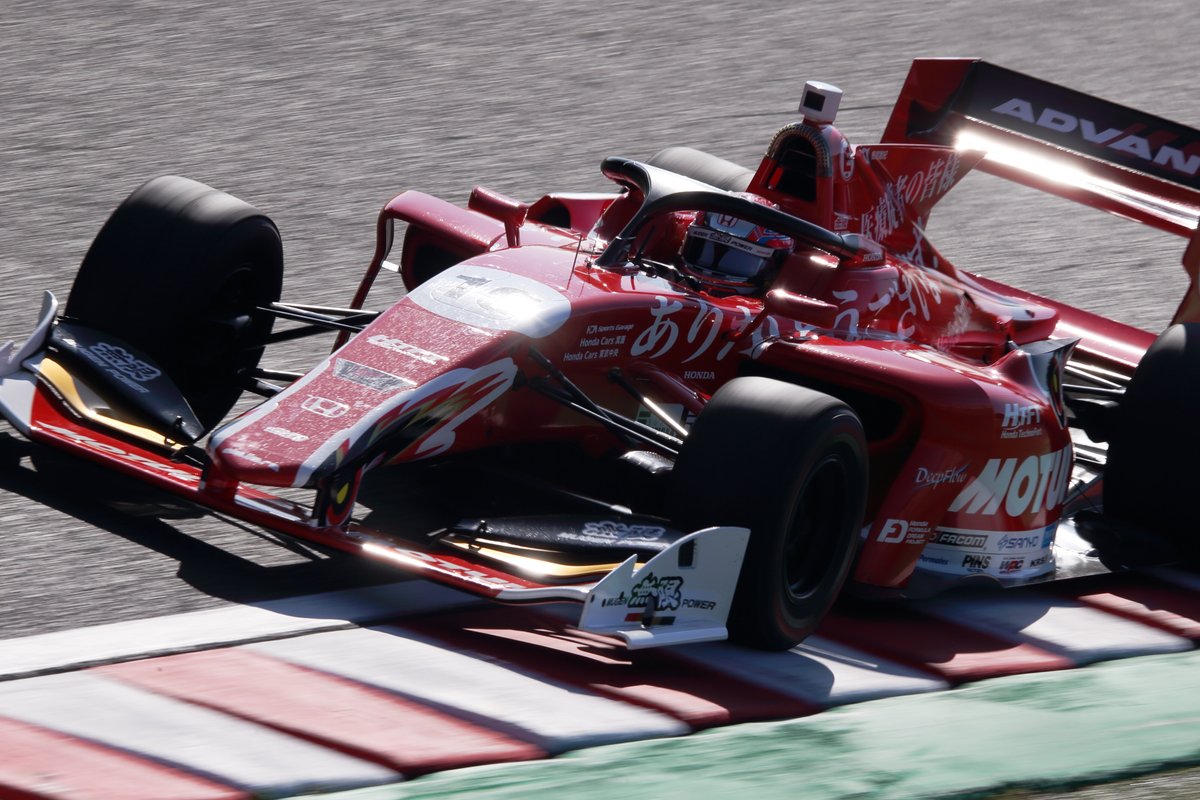 Ryo Hirakawa narrowly missed out on a spot in Q3 with the fifth-fastest time in his Q2 segment and will start ninth ahead of KCMG's Yuji Kunimoto, who secured his best grid slot of the year with 10th.

Giuliano Alesi, once again substituting for Toyota World Endurance Championship racer Kazuki Nakajima at TOM'S, couldn't match the pace of team-mate Miyata and will start from 13th, one place ahead of Yuhi Sekiguchi.

The Impul driver currently holds a slender lead over Oyu in the battle for the runner-up spot in the standings, but has ground to make up from 14th.

Naoki Yamamoto (Nakajima) suffered his third Q1 dropout of the season at a track where he has won six times in his Super Formula career, and will line up 16th behind Sho Tsuboi (Inging).

Tatiana Calderon was last in her group for Drago Corse and will start Sunday's race from 19th.