In this two-disc special, rally legend Colin McRae is remembered in a tribute authorised by his family that recounts his famous title triumph on the RAC 1995 Rally.

In 2007 a Duke production team worked closely with Colin McRae on his definitive biography, charting his journey through the rallying ranks to emerge as a front-runner on the world stage.

Archive film shows McRae's path through life as the man himself talks candidly about his private life, as well as the highs and lows of his career, with plenty of action footage demonstrating his flat-out mantra and sheer will to win.

Some of McRae's closest confidants, including family members such as dad Jimmy, and team bosses David Richards and Malcolm Wilson reflect on the Scot's career in tributes that have taken on a sad poignancy given his subsequent death.

The non-WRC exploits of McRae's career are also delved into, including his brief foray into circuit racing and his attempts at the Dakar Rally and X-Games, where his typical showmanship shone through, as well as the projects he was working on before the fateful helicopter accident.

One of the key events of McRae's life was his titanic title tussle with Subaru team-mate Carlos Sainz in 1995 - and the second DVD in the collection provides highlights of the deciding RAC Rally, where the pair went head-to-head for the crown on McRae's home turf. 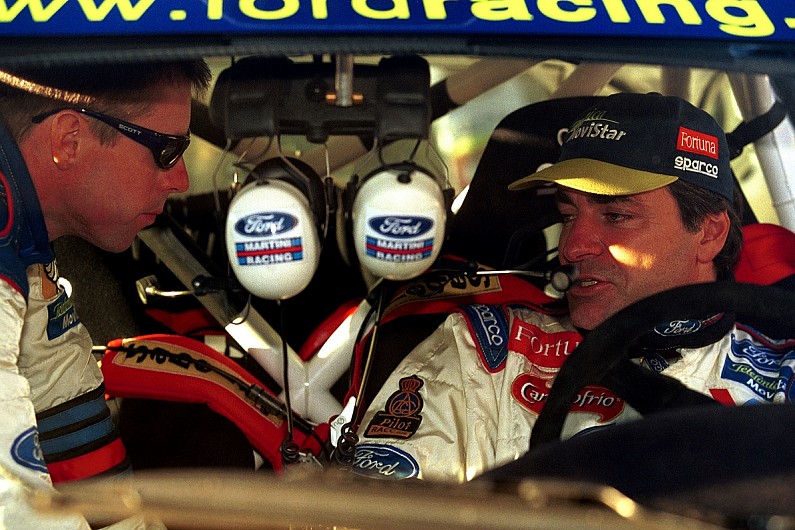 The highlights package encompasses the front-running group with interviews, analysis and onboard footage but the greatest focus is invariably on the McRae/Sainz battle, with side-by-side comparisons of their respective stages and as-live narration of a tense event.

Ride onboard with McRae as he hustles his Subaru Impreza 555 through the muddy roads lined with thousands of jubilant spectators, before receiving the acclaim as he struggles to take in his position as the championship's newest title-winner.

Both the poignant biography-cum-tribute and highlights of his 1995 title triumph are unmissable stories for any fan of one of rallying's most revered figures.