Rally car safety has been very much in focus in the wake of Kris Meeke's ousting from the Citroen team following his dramatic accident on Rally Portugal, but it was Jari-Matti Latvala's side-on shunt in Corsica earlier in the year that answered plenty of questions about the strength of the current generation of World Rally cars.

The Finn braked fractionally too late going into a medium-speed left-hander on the first Saturday afternoon stage and the rear of his Toyota Yaris WRC started a slide that ended abruptly against a tree, providing real-life, in-the-field analysis of the FIA's regulations.

As you might expect, Latvala (below left, showing our man David Evans around) and Toyota Gazoo Racing technical director Tom Fowler were delighted with the results. 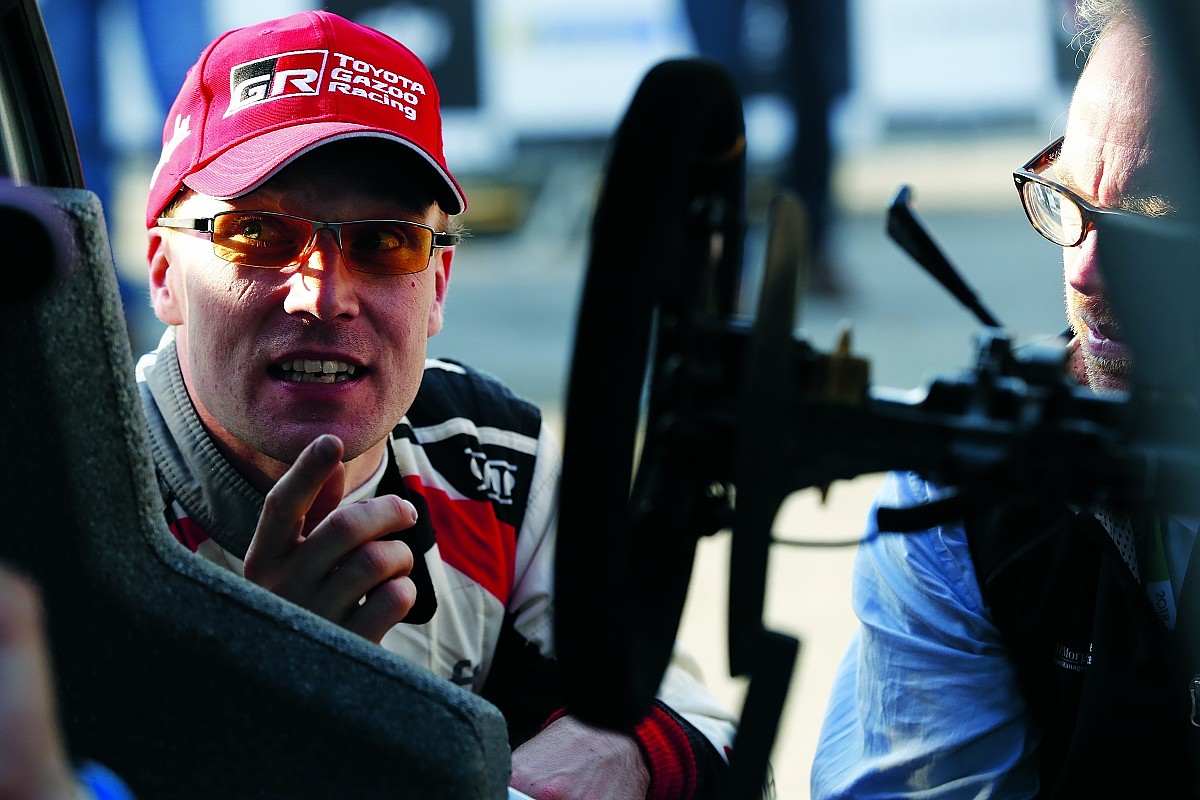 "This kind of accident is never nice, when you are sliding and you know the hit is going to come. We were coming from high speed for the braking and the car started to slide," says Latvala.

"Actually, it wasn't a massive speed when we went off the road. The first impact I saw coming and thought, 'Ahh, this is going to be sharp...' But then it kind of softened - you could feel the panel take the energy. It  was incredible. Even my neck was not in any pain the next day."

That's even more remarkable when the crash data is taken into consideration.

"Like Jari-Matti said, the speed wasn't very high at the point of impact, but the deceleration against the tree was 14 or 15g," explains Fowler.

"That's quite high, enough to register the g-sensing lights in the FIA's safety box in the car. The reason for this is because the impact came in a really strong part of the car. There's so much strength where the tree hit, the deflection was small, which  gave high energy."

"We always want to sit well inside of the car and away from any possible point of impact," says Latvala.

"Since 2005 and the terrible accident for Markko [Martin] and 'Beef' [Michael Park, who lost his life when their Peugeot 307 WRC went off the road into a tree], everybody has been working so  hard on safety in rally cars and things have come a very long way.

"Before that, not much had changed in rallying, but after, the safety is one of the strongest things we have in the sport. When you sit inside the Toyota, you feel good - you know you have a lot of roll cage and safety around you. The extra tubes from the cage might mean more weight, but the safety is so important." 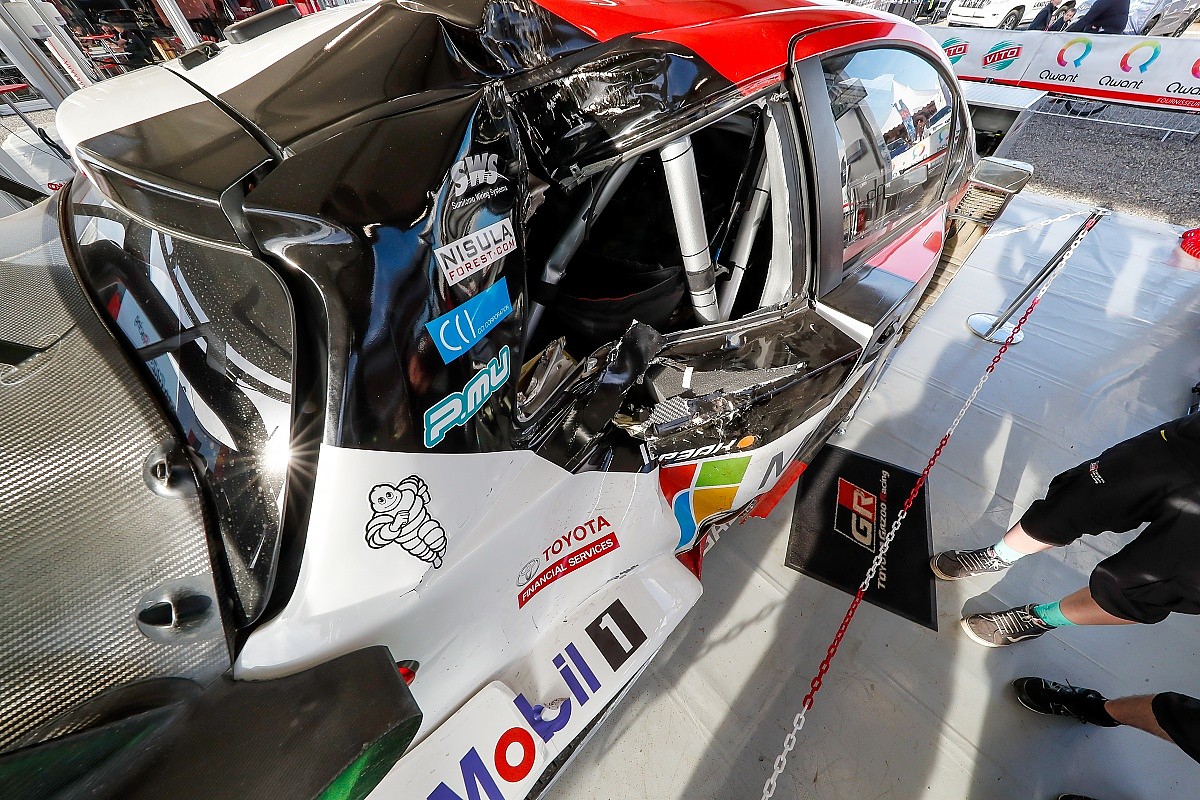 "We sit the crew as far back in the car and as close together as possible - they couldn't be closer together," says Fowler.

"This means the cage is triangulated forwards, backwards and also laterally across the car. You're putting the bodies of the occupants near to the base of the root of the main part of the cage, which works from a side-impact as well as a vertical-impact aspect."

"One of the key reasons for the limited outward damage to the side of Jari-Matti's car in Corsica - although we did have to retire the car because of rollcage damage we couldn't repair - is because of the safety foam we install down the side between the outer skin of the car and the seats," Fowler continues.

"The foam is very  hard and non-compressible, but obviously, when you put enough force into it, it does compress to take energy from the impact.

"In that crash, it took the peak values down so the occupants didn't receive that shock; the deceleration was absorbed by the foam. Like the FIA requirements for the rollcage, we exceed the volume of foam required down the sides of the car." 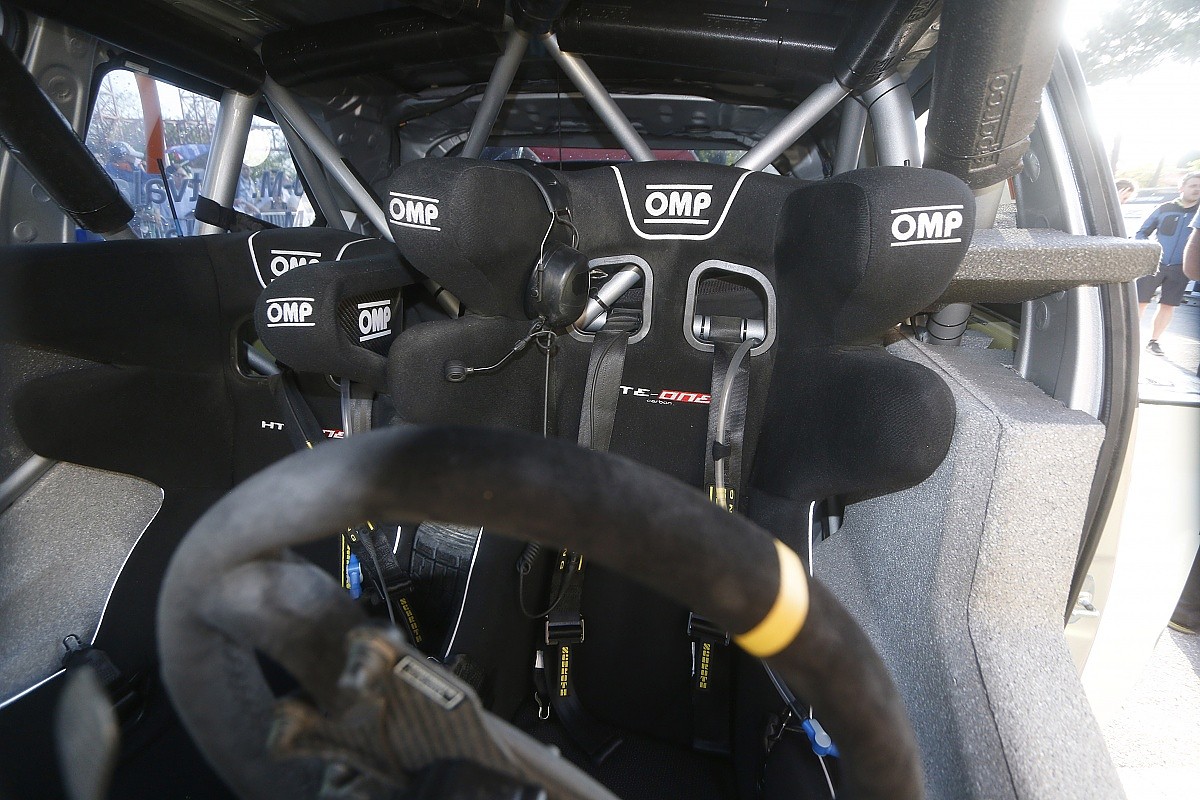 "One of the main differences we have with the seats now is not just the strength in them, but also the big ears we have on the seats," adds Latvala.

"These help so much. When we had the crash, our helmet would hit the inside of the ear or the wing, but that's what they are there for.

"Even when we are in the stage, when the car is moving laterally, we can feel the helmet touching the side of the seat. But when you think to before 2005, when HANS devices became the rules, the head would move  so much - it's incredible to think back to those times."

"The Schroth belts we use in the  car are selected primarily for their safety, but also from a performance perspective," explains Fowler.

"The belts are lightweight, but meet and exceed the regulatory requirements from the FIA. The ergonomics of the belt for the crew are so important - you want the driver and co-driver to feel comfortable in the belt.

"When they feel comfortable, they can pull the belt tighter and doing that removes the potential for slack in the seatbelt arrangement. Any slack in an accident means the body accelerates away from the seat and is stopped suddenly by the belts. That's definitely to be avoided." 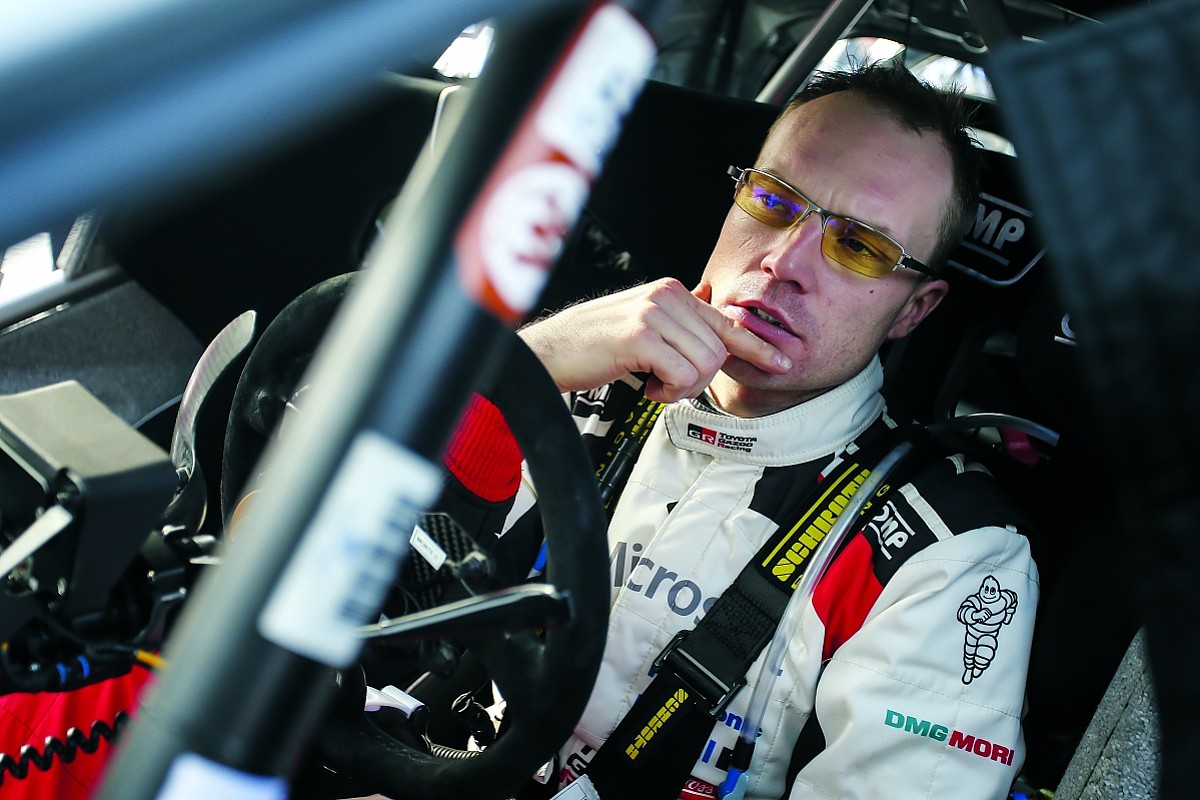