Carlos Reutemann's slump from pole to eighth at Caesar's Palace to hand Nelson Piquet the 1981 world championship is the stuff of legend, a cautionary tale for drivers trying to win a title by playing the percentages.

To this day, it's never been satisfactorily explained what caused the enigmatic Argentinian's capitulation in the Las Vegas heat, lapped by victorious Williams team-mate Alan Jones, which has only added to the mystique surrounding the DFV-powered FW07C.

Today, chassis FW07C-14 that Reutemann used to finish fifth at the Austrian Grand Prix is owned by Max Smith-Hilliard's Forza Historic Motorsport concern and has achieved significant success in historic racing with Nick Padmore at the wheel.

In 2016, Padmore won all 12 races he started on his way to the FIA Masters Historic Formula 1 Championship and - stickered up with the number one as used by Jones in '81 - won at the Silverstone Classic in his only appearance with the car last year.

So how do you improve on perfection? The regulations in FIA Masters Historic F1 are tightly governed to ensure cars run in their original specification and use components of a type used in period. Cars must have a Historic Technical Passport (HTP) to enter, and special approval is required from the FIA technical delegate to use alternative components, if originals are unavailable. Side skirts have to be run at a minimum of 40mm at all times and DFVs are limited to 10,000 rpm.

However, the regulations do not extend to the latest in seat technology, an often overlooked yet vital element of a racing car to get right. For proof of that, just ask Toro Rosso's Pierre Gasly, who complained of back pain from an ill-fitting seat on his F1 debut in Malaysia last year.

Having the correct support from the seat is especially important in a ground effects F1 machine, with the huge speeds through the corners putting enormous pressure on the body.

As Padmore explains, "the load doesn't come through the steering wheel, it comes through the core of your body so you're being pushed through the side most of the time" and the traditional two-part foam mould does little to help. Primarily designed for loft insulation, it has no shock-absorbing properties and typically lasts only a few race weekends before it begins to lose shape and has to be replaced.

SCHROTH's pioneering iNDi Seat kit provides a more scientific solution for optimising performance, while also improving the support and protection offered to a driver in a crash.

Devised by Chris Norton in 1996 and tested extensively by independent observers at an FIA Approved Test Laboratory, the SCHROTH iNDi Seat kit uses a vacuum casting bag with a unique bead and quick-cure resin mix, making it a simple and professional system to fit drivers of all shapes and sizes comfortably into any car. The casting bag has an on/off valve, a mixing jug, funnel and a hose used to suck the air out of the mixture.

The resin can be mixed anywhere, from a clean workshop floor or trackside under an awning and will work at any temperature since, as Norton puts it, "we don't know whether they will end up in Florida or Norway". It's this versatility that makes it highly appealing to customers across the threshold of motorsport.

The product is the official seat for leading British marques Radical and Caterham, but can also be found in a plethora of different series at national and international levels ranging from Formula 1 - Norton's fondest memory is a seat fit with Michael Schumacher at Fiorano in 1997 - to the British Touring Car Championship.

As long as the driver doesn't change shape, the iNDi Seat can last five seasons or more. It also stands up well in the event of an accident - when Rob Collard's spinning BMW was collected by Will Burns in the BTCC at Silverstone last year, the West Surrey Racing machine was destroyed and Collard had to miss the Brands Hatch finale as a precaution, but the seat was undamaged.

Historic racing is a growing market for the iNDi Seat, with Padmore the latest to join the trend after spending a day with Schroth fitter Andrew Bentley at Forza's Reading HQ. 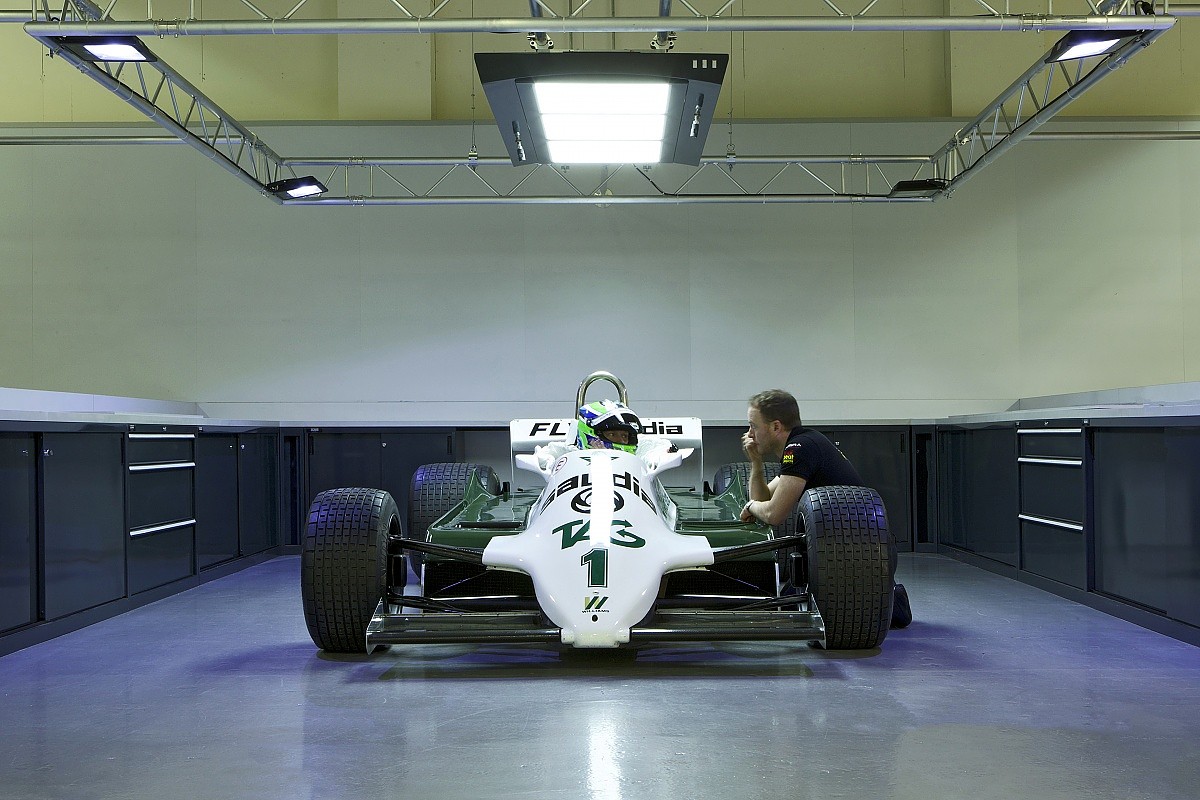 Schroth has a technical partnership with Cobra Seats, so the iNDi Seat can be professionally upholstered and embroidered to any specification. As you might expect from someone with a passion for historic motorsport, Padmore was barely out of the car before he was deciding where to place the period Williams logo.

"The experience with Andrew was great because he races as well, so he knows exactly what the driver wants," he said.

"Seating position is crucial not only for safety but also the more connected you are with the car, you'll be able to commit a bit more to the corners and you won't get so tired.

"We chatted about how we were going to do the seat and concentrated on getting me as tight in the cockpit as possible, almost to the point where I couldn't get in or out. We had to shave it down a bit in the end, but it's going to make a big difference."

Although the seat fit with Padmore took most of the day, sportscar regular Bentley has had plenty of experience at the other end of the spectrum with car owners that are too busy to do a factory visit and are itching to get out on track.

He says the best results come from doing the right preparation, but one of the keys to the iNDi Seat's appeal is the flexibility to take as much or as little time as is necessary.

From marking out the shape of the driver, to mixing the resin and applying the finishing touches with a hot knife, the whole process can be completed in under an hour if running short on time.

"The quick-cure kit gives you about 30 minutes setting time and is a very easy system to use because by the end of the 40 minutes you can start trimming it, then get it in the car and use it," explains Bentley.

"The key to it if you're doing a fit is to understand that you've got all the time in the world when there isn't any resin in. The best piece of advice I can give is to spend as much time as you can in the preparation stage and then it becomes easy. 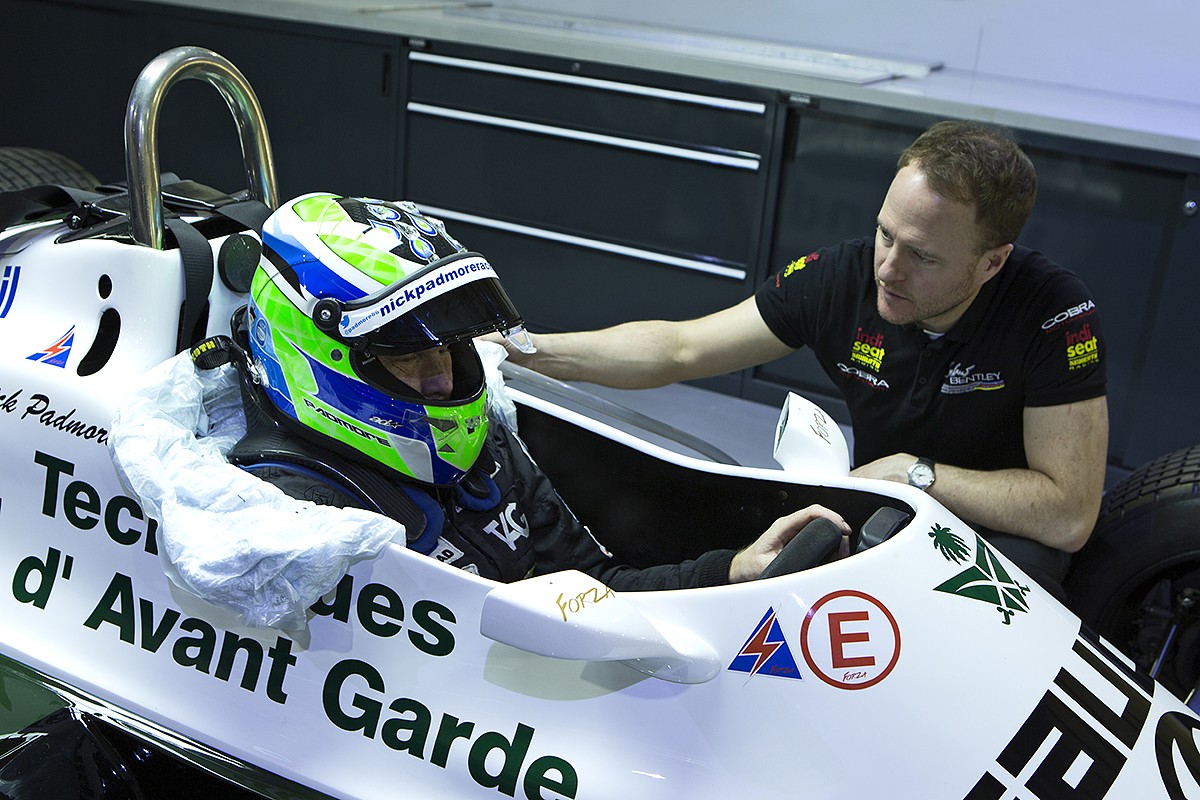 "Normally I will spend a lot of time in the dry fit process to give the driver an idea of what is achievable and try different things with lumber support, then once you've done all of your prep work, the actual fit should be pretty straightforward. If you've got a day to do the seat fit then take a day, take as long as you need to."

As a driver coach, Bentley is well-accustomed to jumping between different cars and making do with less-than-optimal seat positions, but says there are still professional drivers in the ranks of touring car and sportscar racing who are unfamiliar with the benefits of a moulded insert.

"Traditionally you don't have a seat fit in a GT shell because it's all soft and squishy, you sit in it and you put your belts in and go - so there's a lot of very good, experienced drivers who have never had a seat fit," he says.

"When we do a fit for them in a prototype or a GT car for the first time, they're absolutely astounded that they can be as comfortable as they are. They're a bit annoyed that they've wasted 10 years of their career not being in a comfortable seat!"

As for Padmore, there are no concrete plans for him to race the Williams this year, although he has one eye on a winning return to the Silverstone Classic.

"You can imagine this car with this grip around there - the corners are so fast, I'm really looking forward to going back there and the iNDi Seat is going to support me all the way through it."

With his new seat bringing the FW07C into the 21st Century, Padmore might take some stopping... 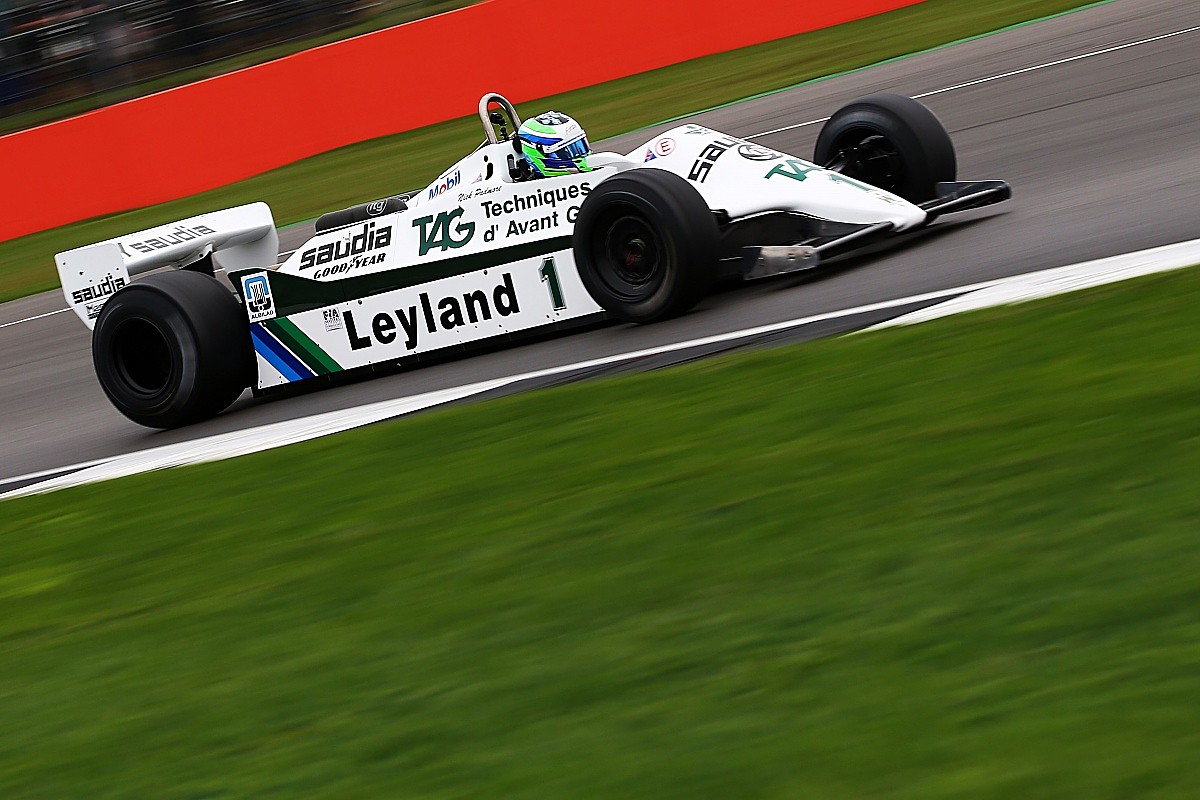 Step 1: Sit the driver in the empty cockpit with no bag at first. Evaluate what the driver requires, and take the measurements and the position. Take these and move the beads to the required thickness and distances. Lay the bag onto a flat surface and form a seat shape. Apply a slight vacuum. Put the bag into the car, and then put the driver in again.

Step 3: With the driver out, lift out the bag and then remove the valve. Mix the resins and water, referring to the instructions for resin ratios.

Step 4: Pour resins and water into the bag. You will see the resins settle in the bottom of bag. Re-fit the valve.

Step 5: Mix the resins and beads together. The beads will change colour when mixed properly. The process will take 5-10 minutes.

Step 6: Form a seat shape again. Make sure you have removed creases in the front and back.

Step 7: Put the bag back into the car. Re-position it into approximately the correct position before the driver sits in the cockpit again.

Step 8: With the driver in, you have approximately 30 minutes to fine-tune their position. Then the seat is cured and ready for excess matter and seatbelt 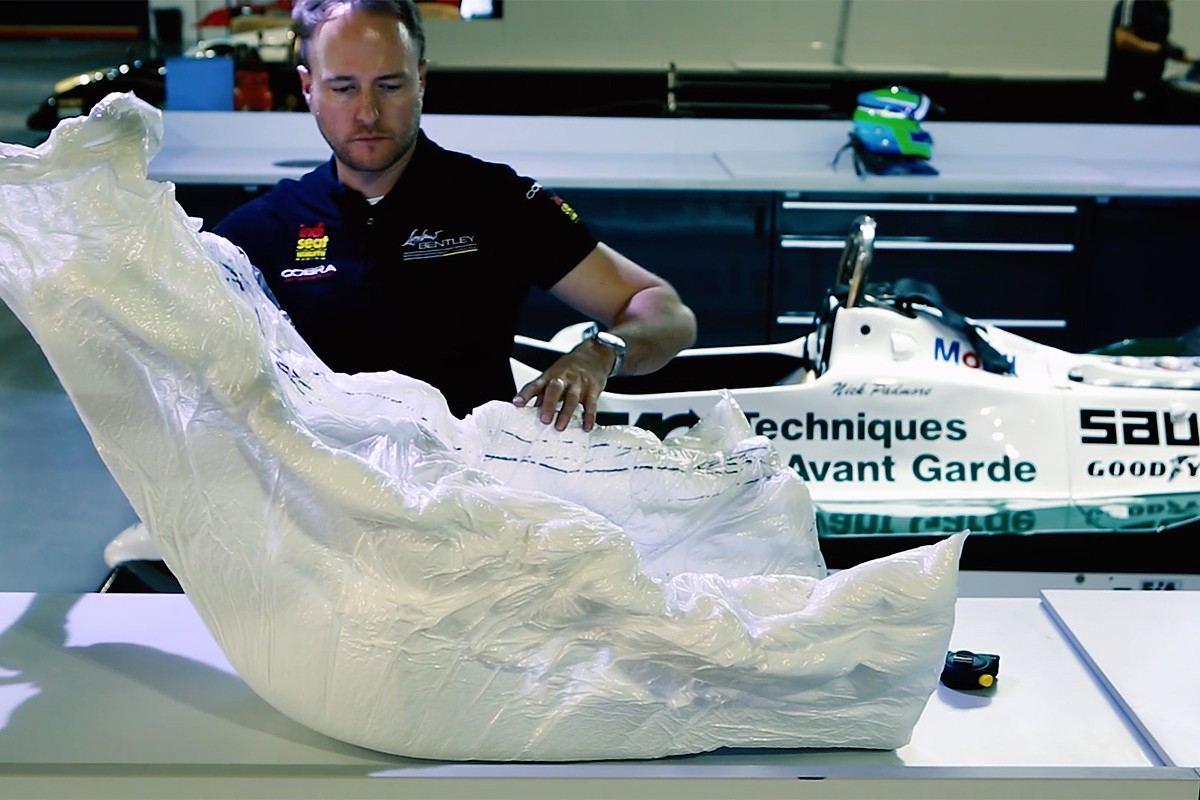