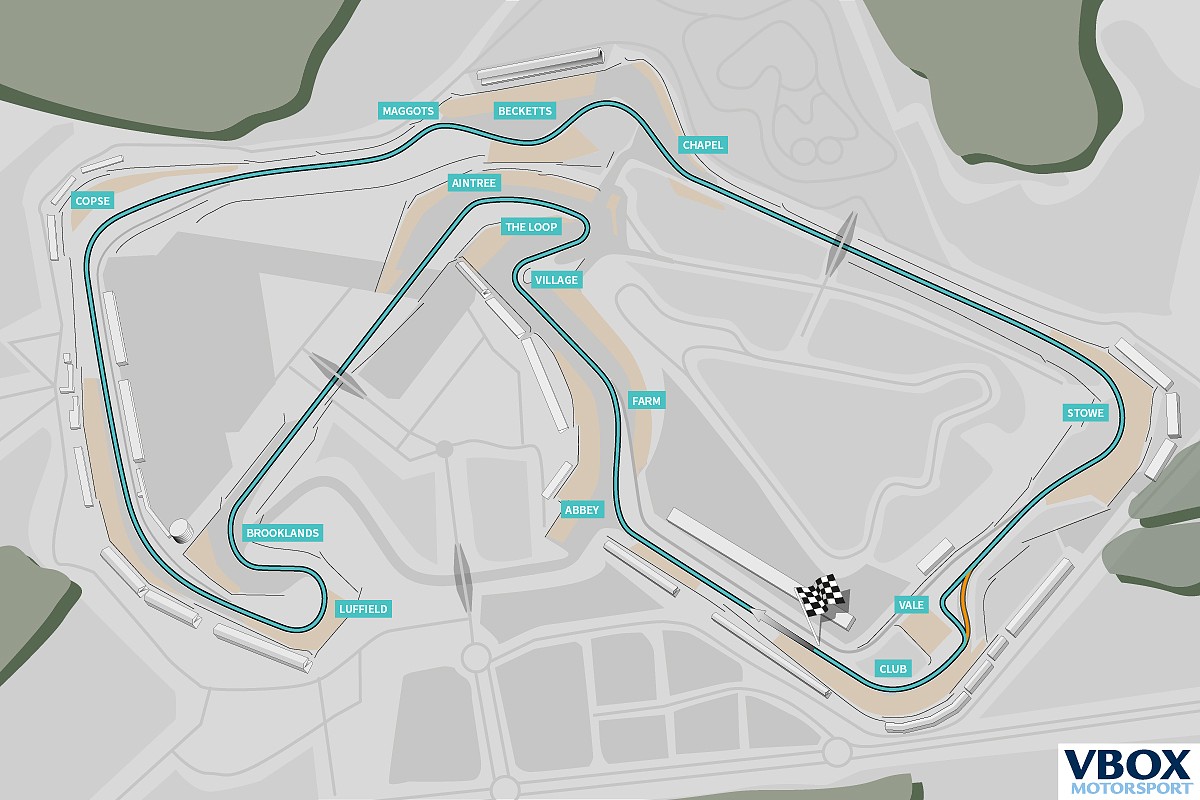 One of the most iconic circuits in the world and home to the British Grand Prix, Silverstone needs no introduction to motorsport fans.

With its many fast, sweeping corners, the Northamptonshire circuit also poses one of the greatest driving challenges in the UK for competitors in all manner of machinery, perhaps none more so than in historic racing.

Ahead of the annual Silverstone Classic on July 28-30, GT racing stalwart and Silverstone specialist Joe Osborne is your guide, in association with Racelogic.

Abbey in most people's minds turned left, so now that it goes right (after the circuit redevelopment in 2010), most people call it 'new Turn 1'. It depends on the car, but typically you're in fifth gear there. It's one of the highest-commitment corners on the lap, blind on entry because of the pitwall, so you have to remember where everything needs to happen.

There's always a little bit to be gained on entry, because the kerb on your left is actually painted Tarmac for a few feet, so you can pinch a bit of space before you get to the corner. You can actually take a lot of apex kerb, which feels a bit perverse considering you're doing 125-130mph and you usually don't want to rock the boat in that scenario, then the car tends to understeer towards the exit.

Farm is a flat-out corner in anything with a hint of downforce, even if you approach it from the left-hand side of the track. Again, you can take as much kerb as you want. My little trick towards the end of a stint, if I'm starting to understeer too much, is to hook an inside wheel over the back of the kerb and get it to grip round with the edge of the tyre. It isn't the best thing for the tyre, but I would rather do that than lift! If you can, then try to get over to the left before braking for the Loop.

Village is a big braking zone, so it's very easy to get it wrong and go in too deep on the brakes. It's actually one of the worst corners to instruct around because people look ahead to the runoff and they never look for the corner because it's over 90 degrees - it actually goes back on itself. It's a good overtaking zone, but because the corner comes up so quickly, it's very easy to defend. 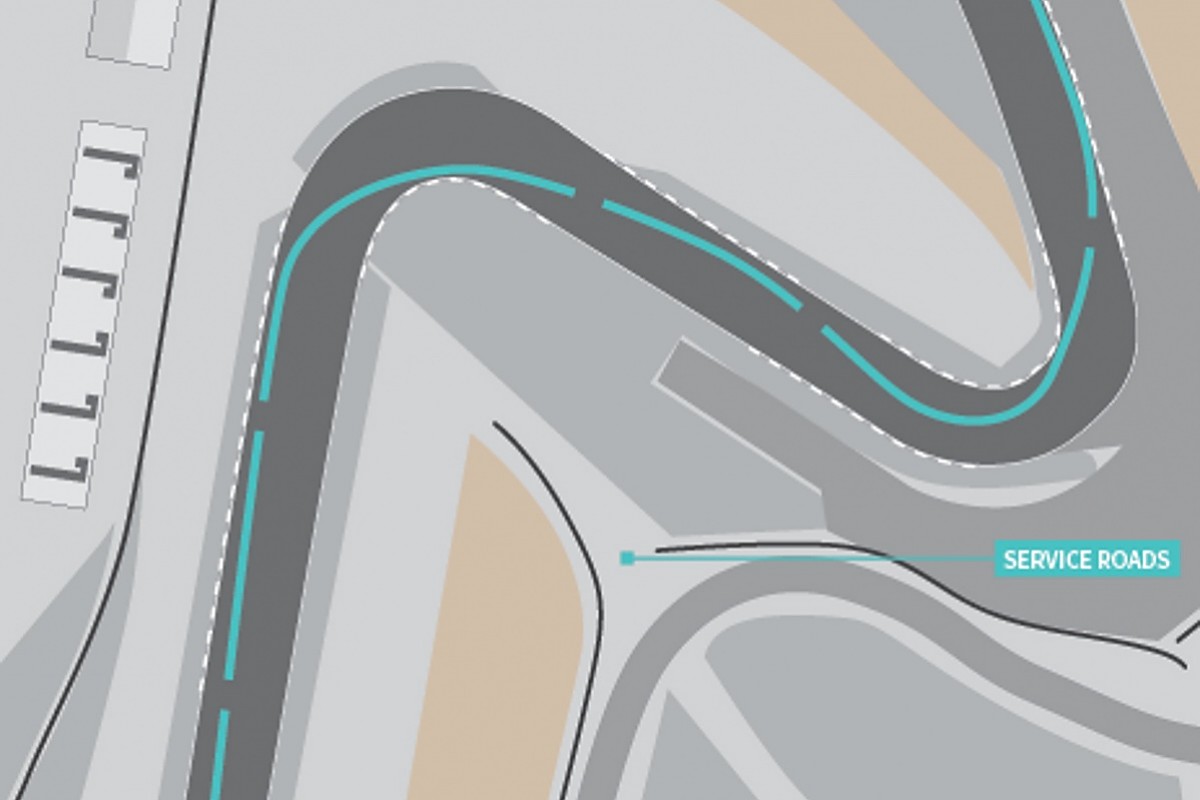 The Loop is a strange corner because you never bother to go all the way over to the right. You kind of just stay in the middle of the track, fling it into the left and from there, it's all about momentum down the Wellington Straight. You're trying to get the car as straight as possible for when you get on the throttle, because the next time you get off the gas is under braking into Brooklands in about 500 metres' time. I would say it's probably one of the best slow-in, fast-out corners in the UK.

In the dry, the left-hander at Aintree isn't a corner at all. It's easy flat, but in the wet it's a bit lairy. You have to be as smooth as possible, so you're not scrubbing speed through excess steering lock.

We've even seen Formula 1 drivers get it wrong there over the years, including Kimi Raikkonen in 2014. He ran wide, tried to keep it flat, but lost it on the re-entry and bounced into the Bridge a bit further down the straight.

Brooklands is my favourite corner of the lap. It's a long, lazy corner on entry, so there are many ways to do it, although there never really is a way that seems to stand out any better than the rest. In whatever I've raced there, I'll always get into the corner super early, hit the brakes and make for the apex.

My logic is I'm just trying to do the shortest distance possible - the exit isn't very important because it's such a short run, basically the opposite of trying to be fast in and slow out. It's quite an easy place to gain time if the car is good. If the car is bad there and you've got too much oversteer, then you're always fighting an uphill battle. 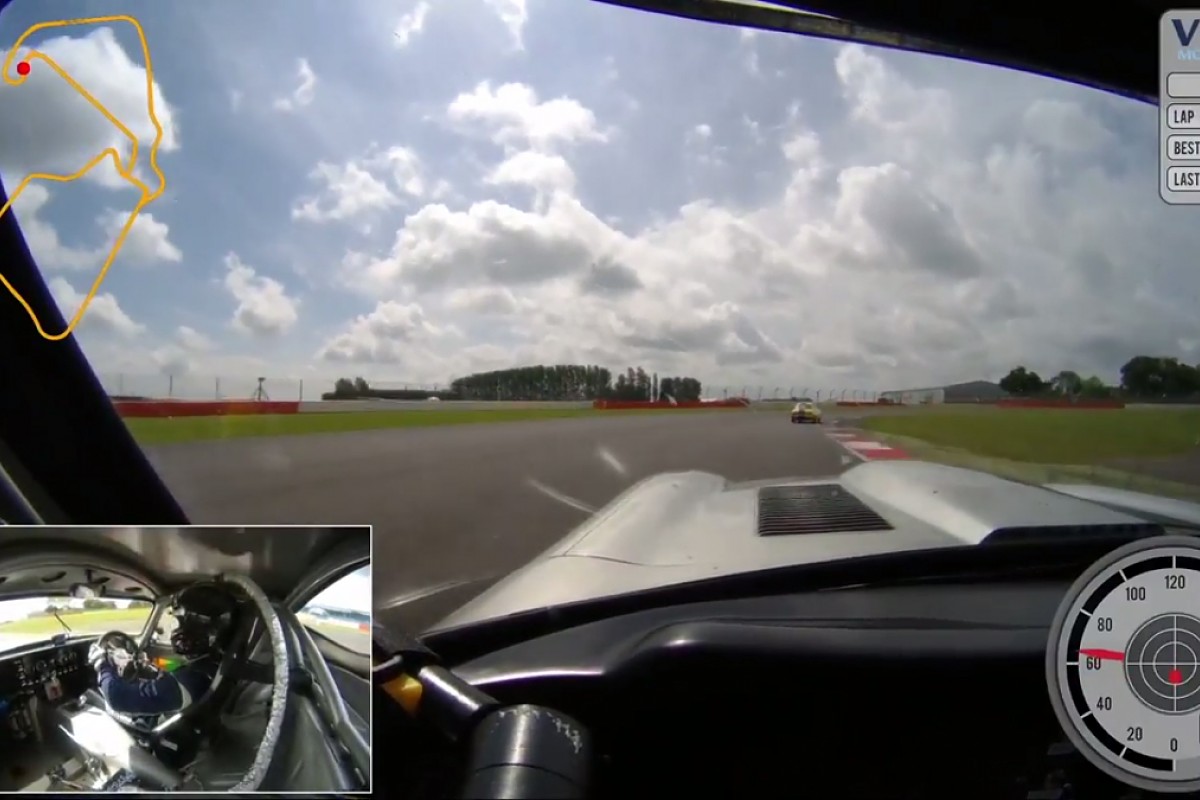 You've lost all the aerodynamics here because it's a slow, long hairpin, so you're just trying to keep yourself occupied. I will tend to make it into two apexes. You hit the first apex under braking, let the car run out wide, and then rotate it round before jumping on the gas and drifting it all the way around. It's not a corner people are inclined to write home about, but there's enough to do there to keep it relatively interesting. It's not really a passing place unless it's wet and you can carry the speed around the outside, but it's a good one to set people up down the straight into the old Turn 1 at Copse.

Luffield is a classic example of the 'traditional U' versus the 'soft V' approach. As a driver approaches the corner and begins to turn, they can decide whether or not to apply one or two degrees more lock onto the steering. This will cut across the traditional apex and take the car deeper into the corner (creating the 'V') and also allow for a more aggressive cutback that straightens the exit. This enables a more significant application of the throttle than the patient approach required with a 'U' line. It sacrifices mid-corner speed for a higher exit, making it more beneficial when followed by a long straight.

You can be amazingly late on the brakes into Copse. The similarity between Copse and Abbey, the old and new Turn 1, is scary, although Abbey is maybe just a fraction quicker, maybe five degrees less of a corner than Copse. They are both high-commitment: Copse is normally just about fourth gear, whereas Abbey was fifth. Again, it's a blind entry because of the pitwall, so you have to commit to it.

It's an ever-decreasing apex speed all the way through Maggotts and Becketts. You're easy-flat through the first left and then the second right is just dab on the brake - I always leave it in the gear I'm in.

The feeling I want from the car is that it's going to run wide and put me on the grass, and on the perfect lap you can just about hang on. Then you have another little dab on the brakes, slightly harder than the first one as you take a gear down (to fourth in a GT), hit the kerb on the left, which helps rotate the car and hold it over to the left, then the last right which is another brake and one more downshift (to third).

Then you need to force yourself to get your eyes up and look as far as you can see out to give yourself the confidence to jump back on the throttle and get going again as you exit through Chapel onto the Hangar Straight.

It's a shame that they never seem to be able to make the F1 TV camera angles work to make it look as impressive as it must be. It feels impressive in a heavy GT car, so to be doing it with four times more g-force in an F1 car must be incredible. 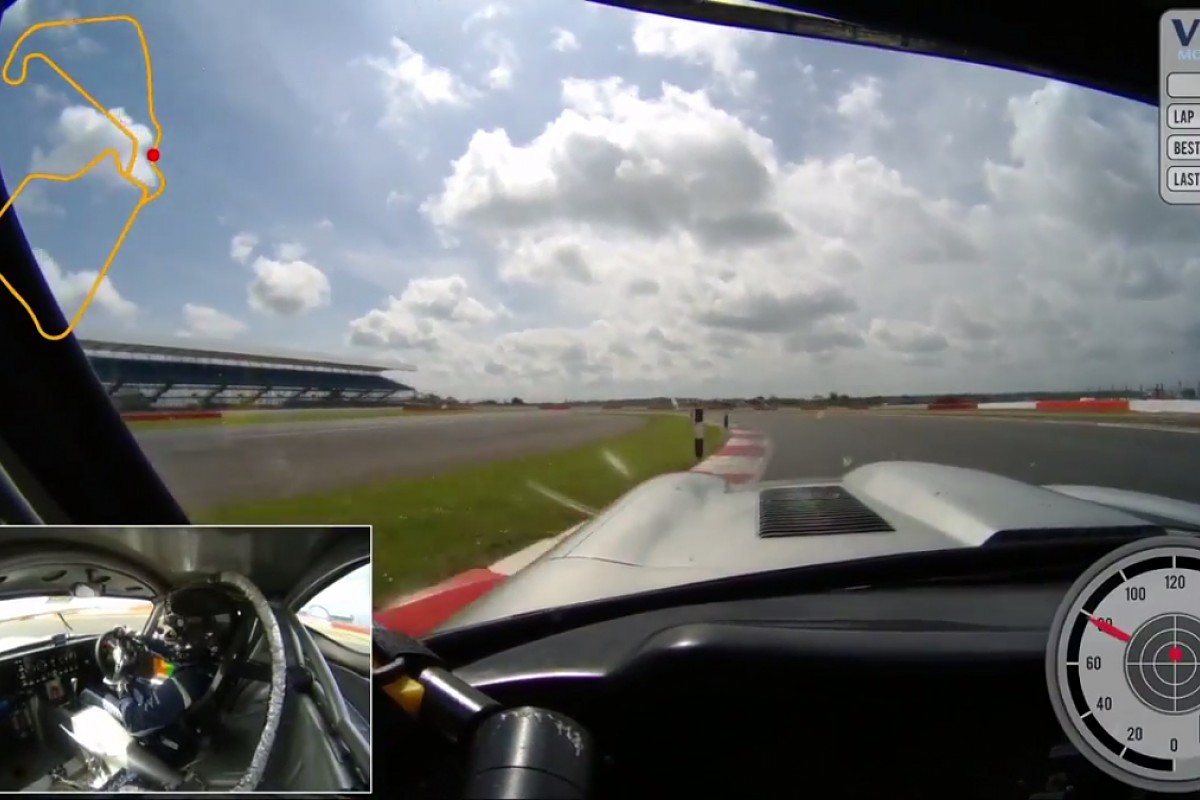 In the middle of Maggotts and Becketts, you need to work out where you're going to catch that traffic, because probably the worst place for it is on the exit of Chapel. If you have to brake there or even lift, then it can be disastrous for your laptime and you'll lose seconds rather than tenths.

The actual speed difference is all aero grip, it doesn't really matter about the power - the aero you're carrying will decide the closing speed coming on to the Hangar Straight.

You need to be a little bit smart and work out where you think you're going to get them. Either you try to do the old switchback on the slower car straight away, or let it run out wide and hopefully they then move over to the left, letting you go down the right.

It's a fairly long straight into Stowe and there is an uphill braking zone, whereas the rest of the lap is very flat. Normally you feel like you braked a touch too early and left something on the table, so the general mindset is, 'I need to make that time back up'. It's easy to get greedy on the throttle and pick up too hard or too early. There's not a huge amount of camber, so once you get a hint of understeer, that sets the tone for the rest of the corner and you tend to run a little bit wide.

The exit of the circuit almost has a bit of a dog-leg in it which forces you to come back a bit tighter and hurts even more. Sometimes you don't want to brake any later than it feels, because if you go off the racing line there's a huge amount of detritus. The worst thing you can do is run wide and pick up a load of marbles on your tyres. There really is a big time loss there which can affect your preparation for the next lap through Vale and Club.

With the way the weather comes in at Silverstone, Stowe is generally the first corner that gets wet. It's a low-grip corner as well, so when you add water to it, it gets very interesting! When it's wet, you just have to hang it all the way around the outside, where it's a slightly rougher asphalt surface that hasn't been worn by traffic as much as the racing line. That's where all the grip is. 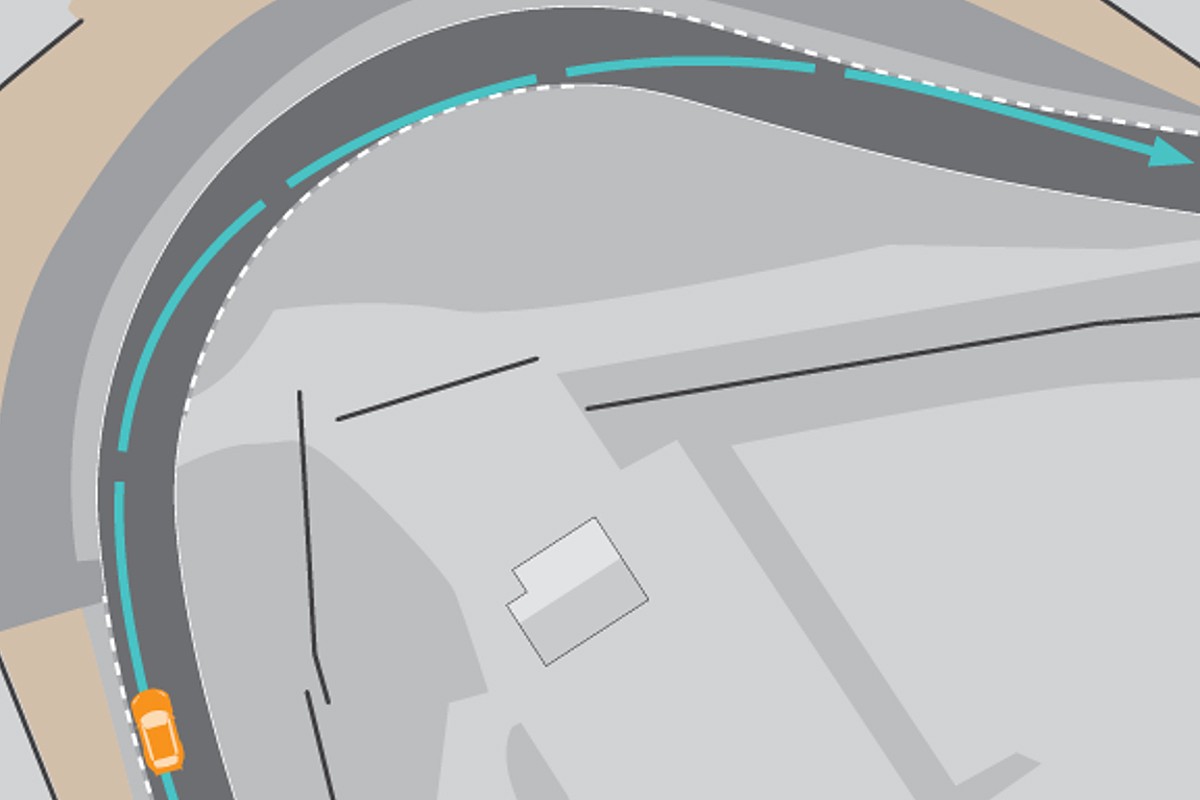 The 'Classic' version of Silverstone cuts out the hard braking area into Vale, since historics are generally not so great on the brakes. It means there is a fast left-hand sweep into the first right-hand apex of the two Club corners, with the turn-in around the gantry. Last year in Julian Thomas's low-drag lightweight E-type, we were nearly flat - it's pretty exciting! The turn-in to Club proper is the same. This all means the lap is a fraction shorter and hence the lap time a little lower.

If you're in a car that's set up well, Club is a relatively easy corner to keep your foot flat the whole way, but if it's on old boots then it can be very difficult. It's a corner that gentleman drivers really struggle with, because it's all about feel. If a car has got understeer through there, you've got to disrupt the car with an unorthodox amount of steering to bring the rear round so you can keep your foot flat. Club is a one-line, one-steering-angle corner, so it's pretty technical.

The right lines and references are a great starting point, but the way to make the biggest gains is self-analysis. This is where proper video and data scrutiny comes in - and where Racelogic excels.

Below is a hotlap of the Silverstone GP Historic layout using Racelogic's VBOX. A host of supportive documents, guides and footage can be found on the Racelogic website here.