Ex-Williams and Ferrari engineer Smedley announced plans for a new electric karting championship back in January as part of his new Electroheads company.

The karting series staged its first event in the UK last week at the Whilton Mill circuit, and has further races planned across the country to offer more opportunities to aspiring karters and drivers.

The push to reduce the barriers to enter in karting and create more opportunities comes at a time when improving diversity in motorsport is being discussed more than ever.

F1 world champion Lewis Hamilton has spoken of the need to enact change within the "white dominated" industry, and is launching his own commission to investigate the lack of diversity within motorsport.

Smedley is confident the Electroheads electric kart series can play a role in aiding this diversity push thanks to its international aims.

"We want to get more and more families and kids from across the board, a more diverse driver cohort, a bigger driver cohort," Smedley told Autosport.

"And by coming to the market with something that is cheaper, cleaner, faster, fairer, I think that's exactly what we're doing.

"Our ambitions with this series are not just based here in the UK. We want to expand this to be something that is global.

"And therefore by its very nature, we want to bring out a more diverse driver cohort. 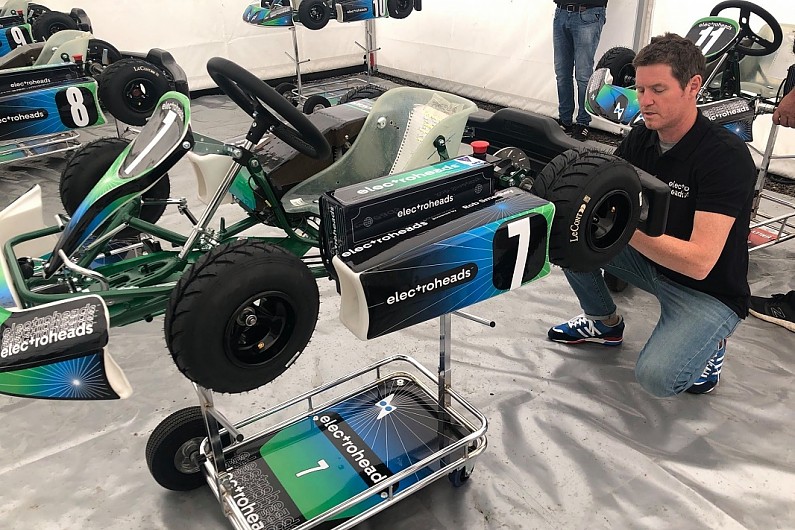 "There's the whole movement about racial equality, and we are behind that. We are very much about bringing this more diverse driver cohort."

Smedley explained that the series is planning to create a pathway to drivers all the way from karting to car racing, and offer opportunities to those who would otherwise not get a chance to become involved in motorsport.

"It shouldn't just stop at the grassroots," Smedley said.

"This is us being action-oriented, and trying to make that pathway as accessible as we possibly can.

"The whole thing with it being cheaper, faster, cleaner, fairer - it's about bringing that accessibility to a much wider participation base.

"We're going to introduce junior categories, so we're going to take the kids all the way from five years old to 18 years old when they're going to be ready for cars, or even before as we see it now.

"The ambition very clearly is to get a diverse driver group into Formula 1 that would never have had the chance if there weren't events and activation such as what we're doing at Electroheads."