The opening round of the new SUPER GT season at Okayama has been postponed amid the global coronavirus pandemic.

Sometime Pacific Formula 1 Grand Prix host Okayama was due to hold the 2020 curtain-raiser on April 11-12, with series organiser GTA having expressed confidence that the race would be able to go ahead on schedule in the face of the COVID-19 outbreak.

However, following discussions at last weekend's Okayama pre-season test - which was closed to spectators in a bid to limit the spread of the virus - it was announced on Wednesday morning that the first race of the season would have to be delayed after all.

A new date for the event will be communicated in due course.

The Okayama test took place during a weekend when almost all other motorsport series, including Formula 1, IndyCar and NASCAR, were forced into cancelling events as the coronavirus crisis continued to deepen around the world.

Although more than 850 COVID-19 cases have been reported in Japan, the figure is not rising as quickly as it is in other countries, notably in Europe, where there are now upwards of 75,000 cases across the continent and more than 30,000 in Italy alone.

The Japanese government has not yet adopted any of the more radical measures aimed at curbing the spread of the virus seen elsewhere, having so far only requested schools to close and major sporting and cultural events to be cancelled, postponed or scaled down. 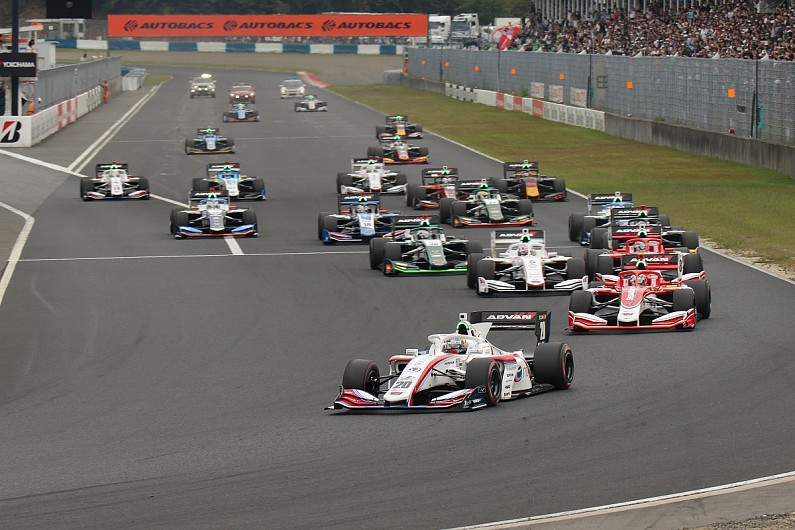 Super Formula has also indefinitely postponed what was supposed to be the second round of the championship at Fuji Speedway, with the series already forced to delay its planned season-opener on 4-5 April until later in the year.

Following that change, the 2020 season was due to kick start at Fuji on April 18-19, but in a statement released on Wednesday, JRP announced that the second round has also been postponed.

The announcement will also affect the opening rounds of Super Formula Lights (formerly Japanese F3) and TCR Japan Series, both of which were on the undercard for the Super Formula race.

With both Suzuka and Fuji races postponed, the new Super Formula campaign is now set to begin at the Autopolis circuit on May 16-17.

Super Formula's pre-season test at Fuji, however, will go ahead next Tuesday, albeit without spectators.

It is unclear if Super Formula will try to reschedule its other pre-season test at Suzuka, which was originally due to be held on March 9-10 but had to be postponed.