Every Formula 1 fan has had the fantasy of being the one in the cockpit, shooting for pole position or going wheel-to-wheel with their heroes for grand prix glory.

Just as many will have put themselves in the position of the team bosses, who are as high-profile a part of the grand prix circus as the drivers, calling the shots and making the decisions that will lead to glory.

It's hard to imagine any F1 enthusiast with even the slightest familiarity with gaming hasn't turned their hand to a driving-based challenge, but not all will have turned their hands to the immersive grand prix management genre. That's something solved by iGP Manager available for iOS, Android and browser, which boasts a thriving community of 1.5 million team bosses going head-to-head for grand prix glory.

iGP Manager is the brainchild of Jack Basford, a frustrated racing driver who turned his attention initially to sim racing after his dream of stepping onto the junior single-seater ladder in Formula BMW was thwarted.

"It all started back in 2008 when I entered a competition called V1 Championship, which was a driver talent search." says Basford. "The process took a year and was set to be televised on ITV. I managed to win the championship and was poised to go into Formula BMW, but this was at the time that ITV lost the UK F1 broadcast rights to the BBC and a lot of motorsport coverage shifted. The show was dropped and the drive disappeared overnight, which set me on a different path in life.

"I'd been chasing that dream for years by then, but coming from a working-class family that wasn't connected to the sport, frankly we didn't know what we were doing! There was no clear path or progression, so like many young hopefuls that don't become racing drivers, I got into sim racing and set up an Esports team, 3ID Motorsport. 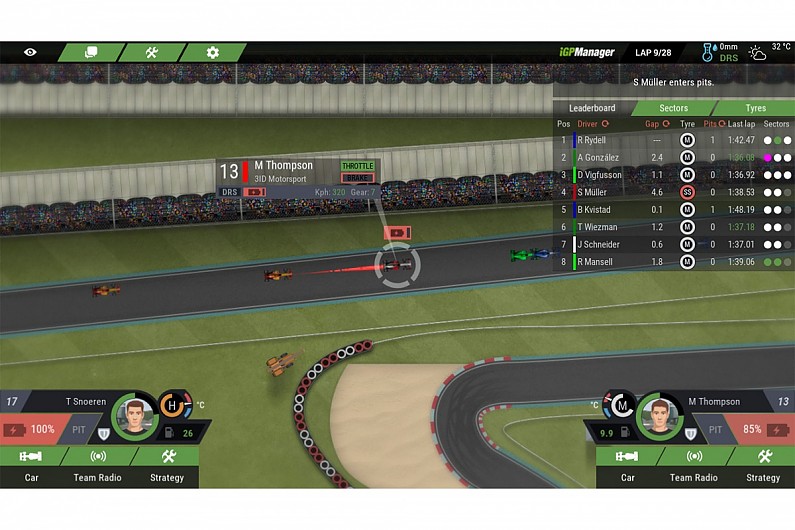 "Thankfully we didn't need money or connections to get results and went on to win multiple championships, culminating with the iRacing World Championship in 2011. Not long after that I left sim racing behind to focus fully on iGP Manager, but that team remains a dominant force in sim racing to this day, under a different name.

"Naturally, I learned a lot about building teams in those years, and had experience developing web software, including a social network before Facebook took off. Despite being self-taught and having limited knowledge in these subjects, combining those skills with my experience in motorsport and games I was able to create iGP Manager."

This was the first version of iGP Manager, which was first released in late 2011. While not the first management game available by any stretch, it was the first to harness the real-time, multiplayer offering that has made sim racing thrive.

"At the time, there wasn't anything like it," says Basford, "But the key innovation was and remains the multiplayer, real-time and interactive gameplay, where you can adjust strategies on the fly and chat to your friends in a race.

"As the app stores grew, the same gap in the market appeared there, nothing truly multiplayer was created, and so we launched iGP Manager as an app in 2017. That's when it really took off. It surprised me, as I'd plotted out what I thought was an optimistic growth plan and we'd smashed the end-of-year target by month two. That was when we knew it was definitely the right move!" 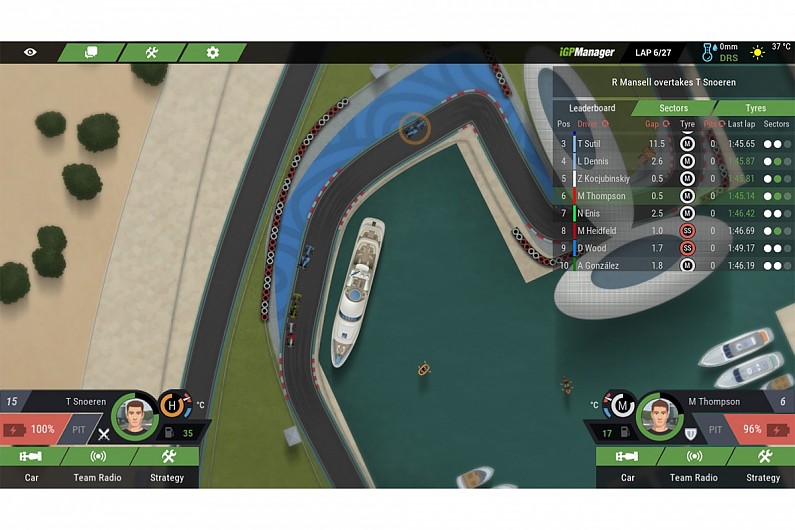 This was the trigger for iGP Manager to properly fly. Boosted by a freemium model that doesn't create a barrier to entry it has built up a user base of 1.5 million, and remains the fastest growing game in the genre. The key to this is building a loyal community of users, engrossed in thousands of leagues that allow them to contest their own grand prix championships.

With any sports-based gaming offering, the balance between hardcore simulation and accessibility is a difficult one, but it's one iGP achieves very well. Given the majority of decisions an F1 team boss will be required to take are pretty mundane, this means focusing on the elements that make the racing fun. And this is something that has evolved with iGP over the years, with now the development of the car concentrating on the impact of components.

Managers focus on the key performance areas - acceleration, braking, cooling, downforce, fuel economy, handling, reliability and tyre economy - with design and research resources allocated accordingly. The result is what is termed a "midcore" game, not arcade, not simulation, but with plenty to offer to a broad range of users.

"Distilling the essence of iGP Manager into an app challenged us to extract the essentials without losing depth," says Basford. "For example, in the first browser version of iGP Manager, you had to develop and change front wings, sidepods and so on, the same way most other games have approached it in the past, but this quickly gets repetitive no matter how you slice it. 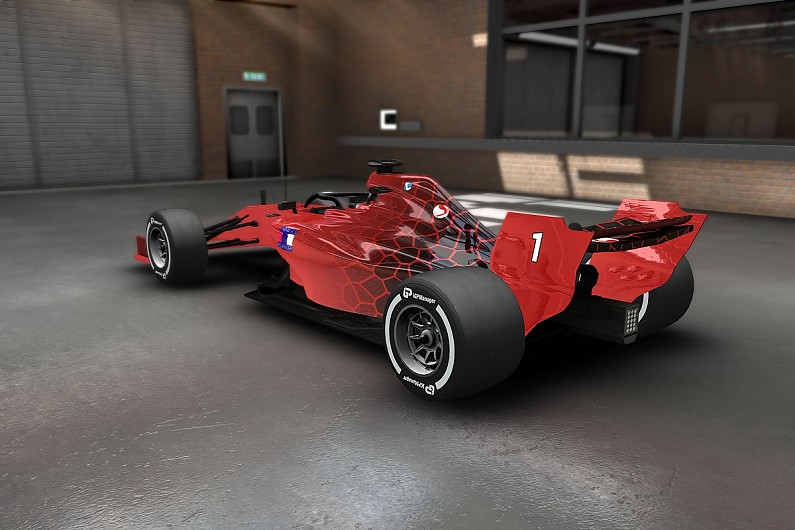 "We wanted to shift the primary focus to the best thing about iGP Manager, the online management of the live race. So, we simplified the process of upgrading the car performance and in the process made it more approachable and easier to introduce to your friends, while maintaining the depth of the simulation. In fact, the races still simulate all the individual components on the car.

The racing itself is the focal point of iGP Manager. There, you encounter all the usual challenges faced by teams in a race - weather, tyre degradation, strategy, track position - but with variable race lengths on offer there's also the chance to intervene more than the average team boss. Again, this is where total realism has made way for a more engaging game.

"The manager controls the ERS boost on the car," says Basford. "So you can blast past your mates, then they can come back at you. That's the more arcade side of things we were willing to do to capture the thrill of racing, while at the same time not alienating the purist. Aspects like that, plus banter in the live chat, ensure the race itself is always enjoyable."

One area where real life could perhaps learn something is in the mechanisms that ensure no team in a league can dominate endlessly. So even if you are struggling at the back, there is realistic hope of battling your way up the order.

"You can have a streak if you are managing well, but it is designed so you can't start the season well ahead and stay ahead indefinitely," says Basford. "For example, you can clone rival cars by asking your designer to study the competition, which helps to catch-up. It means you will never face an insurmountable opponent even if they are spending money on their team. If the real world had such checks and balances, it would be very good news for fans and the sport!" 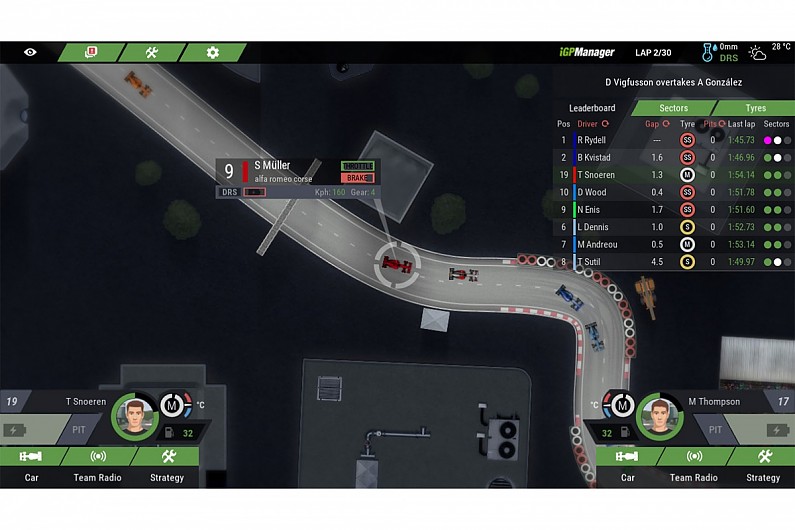 All of this means that iGP Games, the company behind iGP Manager, has grown to a team of 11. Scaling was not without its challenges and, as Basford puts it, initially the company was a game developer but has had to become a specialist in data engineering to provide the real-time services needed to keep the game running and ensure scalability for the growing user base.

For the future, iGP Manager remains in constant development with work underway to improve the visuals and evolve the mechanics of the game. International expansion is also part of the plan, with a Japanese translation of the game being released imminently. Basford also has aspirations to add further games to the stable, producing other types of racing game beyond iGP Manager. But whatever happens, products will stay true to what has made iGP Manager work.

"The fun is really important," he says. "If you think about any games that you love, most are going to be fun, not constantly stressing you out. There's a fine balance with these dynamics in the manager genre as a whole.

"Some games lean more in the other direction, but we see this as fun. It's escapism, getting away from day-to-day life and being a grand prix team manager and part of a community that's a lot like the racing paddock in the real world. That's what it's all about."

Autosport is creating its own iGP Manager team in a project that launches next month. The key decisions made by our team will be steered by choices made by our audience, hopefully leading our team to championship glory. You'll be able to vote on key decisions via Autosport's social media channels. To sign up for iGP Manager, click here