Mk2 was the best - faint praise admittedly at a transformative time - of the front-engined Formula Juniors. Its Mk3 replacement bristled with good ideas, including a quickly detachable rear superstructure (with Hewland gearbox), but flopped and almost turned the company belly up.

Mk4 was on pole for its Formula 1 world championship debut in 1962. Mk5 was middling though good enough to win Monaco's Junior support race in Richard Attwood's hands. And as for Mk6, well, it all but invented the modern supercar and revitalised sportscar racing - giving Chapman a case of green-eye on both counts - but drove its originator to distraction: operating under Ford's weighty auspices was stifling.

Eric Broadley (below), the quiet and unassuming son of a gentleman's outfitter from Kent, held firm convictions: quantity surveying for one was dull, dull, dull - though it provided him with a firm and handy grasp of stress calculation - whereas motor racing was exciting; too exciting - and dangerous - in his inexperienced hands. He soon realised that becoming world champion was beyond him and it was to be an innate talent for creating user-friendly machinery that was affordable, competitive and for its time reliably safe that would put him on the global motorsport map. 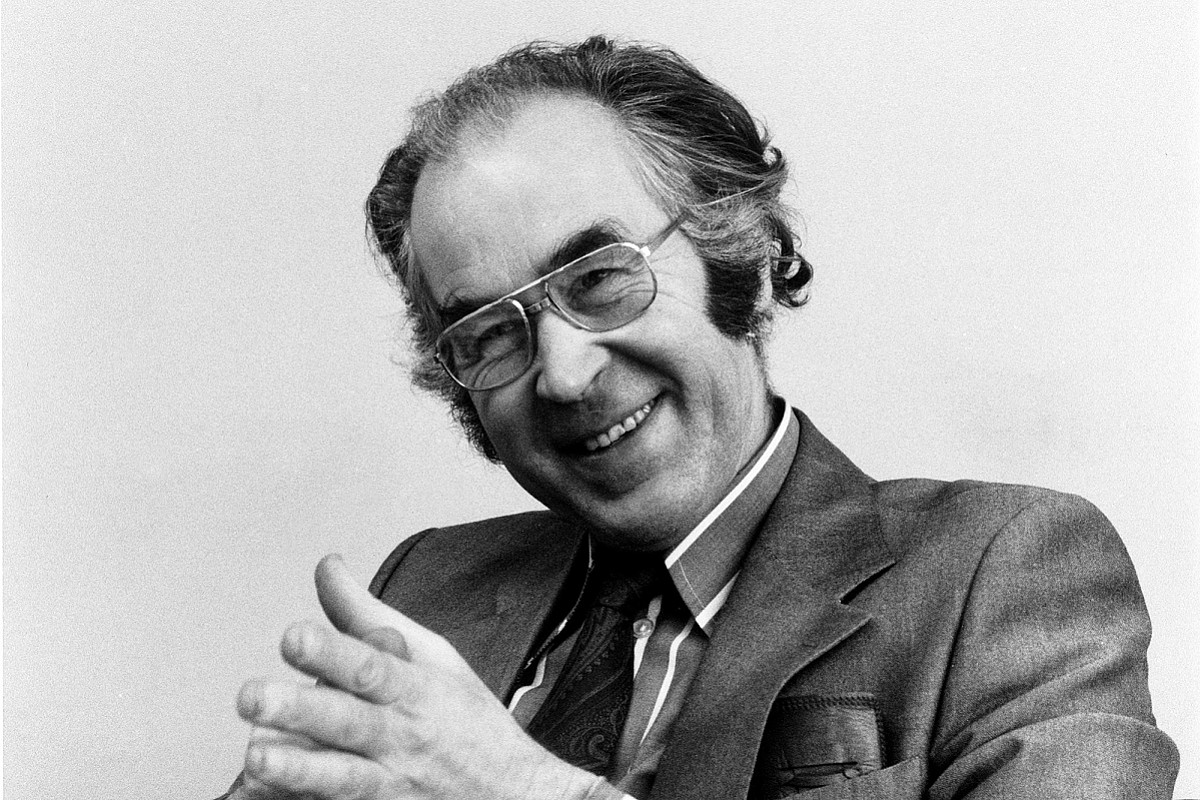 Martin Birrane, dapper and extrovert son of a tailor from County Mayo, acted, butlered - for Canada's ambassador in Turkey! - and crooned to make ends meet before garnering a fortune from property. Motorsport was his release - he started in a Ford Anglia in 1967, and in '85 won his class at Le Mans in a BMW M1. Enthusiasm no doubt swayed acumen when he saved Lola - as he had Mondello Park "from the cows" in '86 - after a flawed F1 fling. But though he propped/invested, promoted and diversified to revive its fortunes, particularly in the US, the company went into administration in May 2012 and ceased trading five months later.

It exists today as a high-tech provider for aerospace, automotive, communications and defence and also in the assets and licensed intellectual property obtained by Toronto's Multimatic Engineering and Carl Haas Automobile Imports Inc of Chicago - long 'family' relationships with petrol in their veins, grease under their fingernails and trophies on their shelves.

Broadley's abrupt jumping of the Ford Advanced Vehicles ship in the summer of 1964 was the making of him. From the same Yeovil Road in Slough Trading Estate, his cars would win '66's Indianapolis 500 and inaugural Can-Am Challenge Cup plus the '67 Italian Grand Prix: Lotus had required three attempts to win at the Brickyard, Lola just two; T70, Broadley's favourite, was the design that he'd wanted the Ford GT40 to be; and 'Hondola' - or T130, as he knew it - had been amalgamated in just six weeks.

If you wanted something fast and needed it quickly, Lola was your first port of call

If you wanted something fast and needed it quickly, Lola was your first port of call. With no road-car side to distract (or bolster) it, no unhealthy desire to take all (if any) of the credit and a powerful work ethic, it filled the void left by Cooper's collapse and the rise (at no matter the cost) of Lotus. Lola was sensible, strait-laced, structured and productionised - no bullshit, great spirit; a place of empowerment and learning for the flashing French curves and slide rules of Tony Southgate, John Barnard and Patrick Head - Broadley couldn't half pick 'em - and of security and fun for loyal lieutenants such as works manager Rob Rushbrook, accommodating owner of that machine shop and its adjoining land, and long-time chief designer Bob Marston.

When cocky 'Oxbridge' rival March was winging it - with remarkable results, one has to say - 'from a phone box', Lola was planning a move to a purpose-built 22,000sq ft facility in Huntingdon Trading Estate, Cambridgeshire; surveyed and schemed by Broadley, it had its own engine shop and scope for a fivefold expansion. There it joined Specialised Mouldings and Arch Motors. Broadley had in 1958 been the former's first customer for GRP bodywork, and the latter, founded that same year, had knitted Mk1's frame using pioneering bronze welding.

By 1971, with effective, straight-talking test-and-development engineer Frank Gardner on a two-year contract, Lola was getting to grips with Formula 5000 - a category it would come to dominate on both sides of the Atlantic - and taking the Can-Am fight to McLaren with Jackie Stewart. It was also scoring stealthy back-to-back Indy wins courtesy of Al Unser Sr's Lola-based Johnny Lightning Special. Despite the upheaval of relocation, it built 135 cars that year - 90% for export thanks to the bravura salesmanship of Carl Haas - and turned over £500,000. 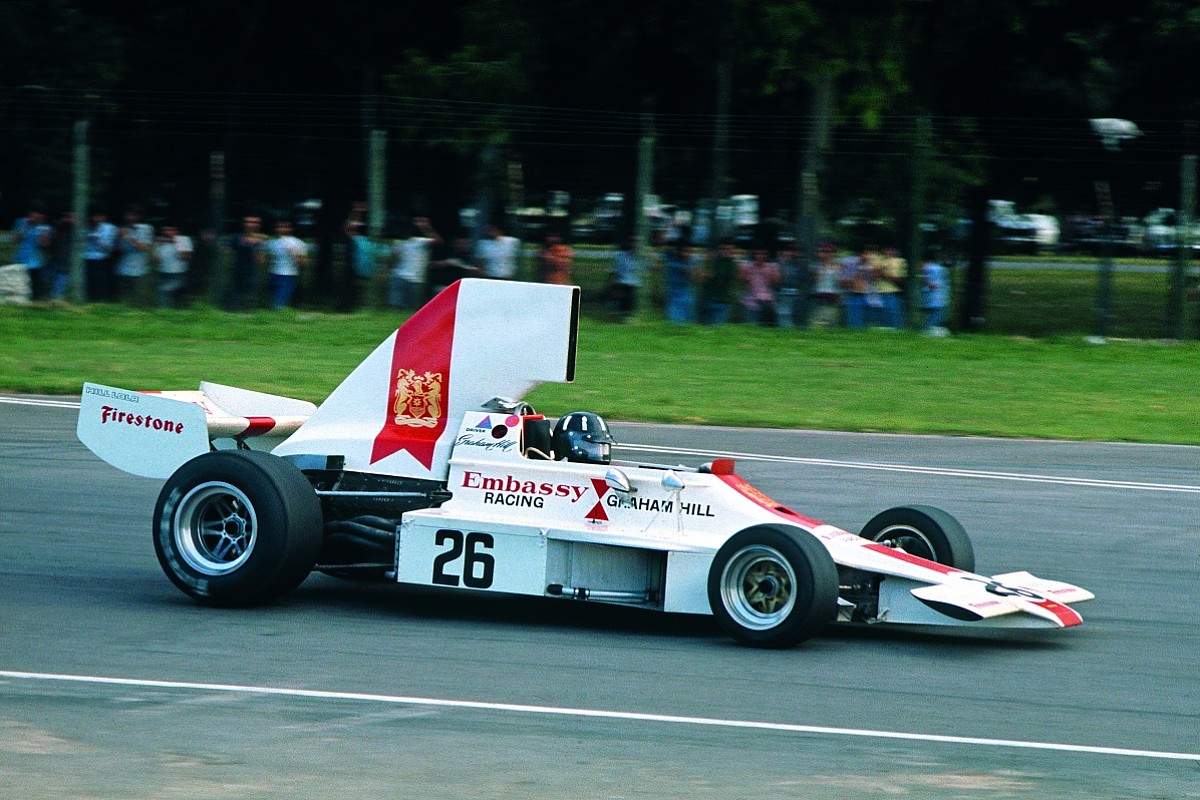 But still it skirted F1, considered too much of a risk. The draw of Embassy Racing with Graham Hill persuaded Broadley otherwise, but the T370 of 1974 was a warmed-over F5000 and nobody seemed to mind when its reworking was rechristened Hill GH1. Broadley admired Chapman's charisma and chutzpah but as his antithesis, he was unable to capitalise on the financial deals and unwilling to venture the technical leaps necessary to prevail at the highest level. His entrepreneurial resilience was of a more measured order: bottom line rather than headline.

Having ruled Can-Am's new-look roost with five consecutive titles during the late 1970s/early '80s and scored another Indy 500 win courtesy of Unser - his being the only Lola in the field of '78 - Lola was intent on knocking March from its Indycar perch using designs by ex-Lotus development engineer Nigel Bennett: Mario Andretti's title was the first of 11 for Lolas from 1984-2006.

F1 came a-knocking again, too, and Broadley's worst fear and better judgement were confirmed once more: Ford's superteam of 1985-86 proved substantially worse than the sum of its star-spangled parts and nobody seemed to mind when consultant Lola was squeezed out. His subsequent five-year spell with Gerard Larrousse's low-key squad was highlighted by Aguri Suzuki's emotional third place at Suzuka in '90 but blighted by the team's false registration of that chassis as being of its own making and the imprisonment, for the murder of his wife, of team co-founder Didier Calmels. One was ruled an honest mistake, the other a crime of passion; Lola's design for Scuderia Italia for 1993 was arguably both.

Beyond its F1 travails, Lola was fast becoming the world's most prolific commercial producer of racing cars. Its Super Vees of the 1970s and Sports 2000s of the '80s had been big hits in the US and were the bedrocks upon which a precipice would be built. Lola provided Electramotive with the original chassis that in increasingly modified form would win three consecutive IMSA GT titles for Nissan from '88. It had by '90, the year that Mark Blundell so dramatically put its R90CK for Nissan on pole at Le Mans, reduced March to a single Indycar team. By '93, the year it superseded March entirely and Nigel Mansell won its most high-profile title, it was providing an exclusive chassis for Indy Lights. And by '96 it was doing the same for International Formula 3000.

Ironically Broadley, appointed an MBE in 1991, now found himself at his most vulnerable - spread too thinly across tightening margins - since F1 sponsorship pioneers Bowmaker had rescued him in '62. A survivor battling an undiagnosed heart problem, he had sensed the danger to his company but let his guard down: he'd fallen out with Haas, had failed to get his composites business up and running sufficiently quickly and been backed into a corner.

The decision he felt he faced between F1 with a works team (and planned in-house V10) or a supercar was in reality no choice at all. The disaster brought forward a year at F1 sponsor Mastercard's blind insistence, the embarrassment might have been survivable - pragmatic Broadley always reckoned on a duff project or three - but the £6million debt was not: team and backer had been singing from different spreadsheets. 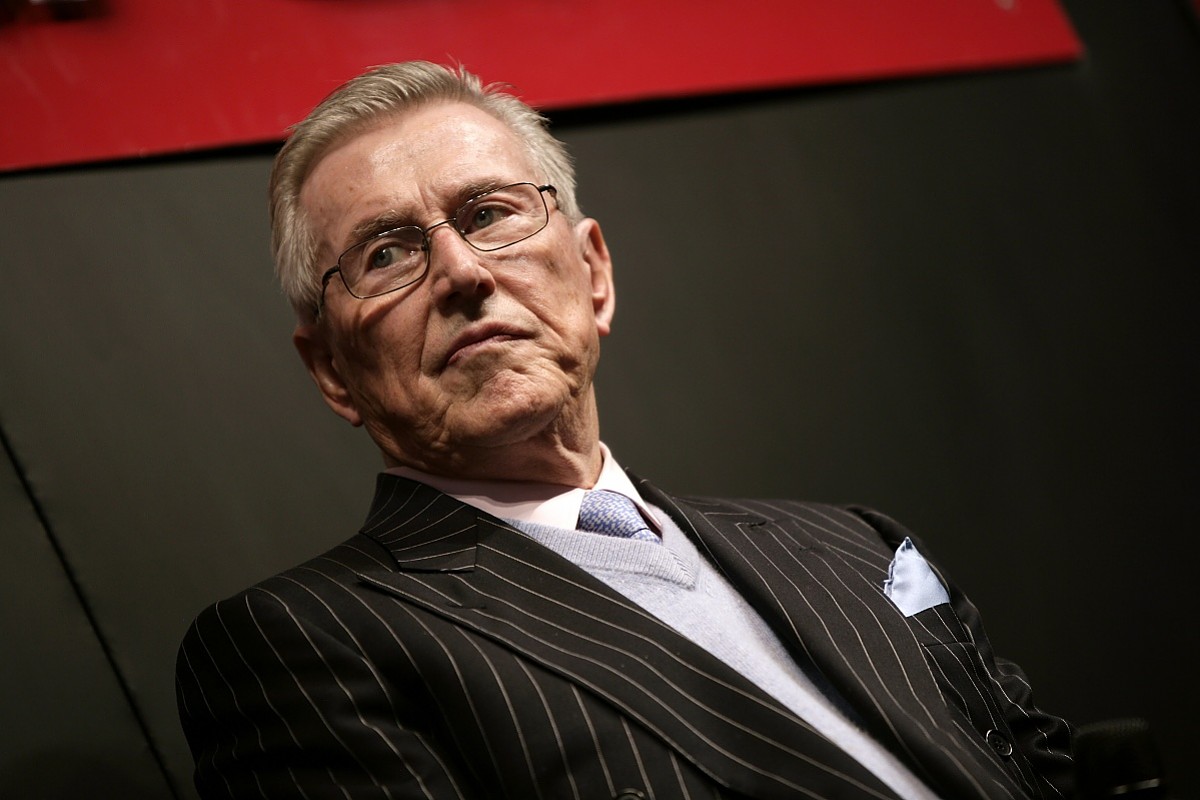 This was the Lola-coaster that Birrane boarded. Like Haas, whose Lolas, in conjunction with Newman and Chaparral's Jim Hall, had won hundreds of races across Indycars, Can-Am and F5000, and like Multimatic's Larry Holt, who'd caught the bug as a teenager spannering a T212 for a friend of his father's, Birrane and Lola went way back. His T292, with Chris Craft driving, had won the 1973 European 2-litre Sports Car Championship for Makes. He admired Broadley's understated brilliance and stoicism and felt there to be mileage in the brand that he had created given injections of money, pizzazz and smarts. Birrane brought all those; Broadley saw that and welcomed him. They were an odd couple evenly matched.

Le Mans was Birrane's first love but restoring credibility Stateside was his priority. Reynard - another racing empire created by a talented club racer/designer, burned by F1 and ultimately spread too thinly - had done to Lola in Indycars what Lola had done to March. Birrane gradually restored old alliances, therefore, and in 2002 Cristiano da Matta was crowned champion.

In 2003 Lolas won all but the last of 18 rounds and by '04 they had the series to themselves. But Birrane missed the competition - Reynard had gone bust in '02 - and though he struck deals with Formula Nippon (from '03) and built 50 chassis for A1 Grand Prix ('05), they were not hugely profitable. Meanwhile Dallara, winner of the Indy Lights (then called Infiniti Pro Series) contract from '02, was on the rise having correctly backed the rival Indy Racing League and fended off Lola's effort to break its Formula 3 monopoly.

Birrane got his longed-for success at Le Mans with five category wins that included four consecutive LMP2s from 2004. The 76 LMPs that Lola built earned 11 titles - six in the US, five in Europe, three of them outright LMP1 honours - and most of them covered their costs. Hey, it was tough out there even before the economic downturn of '08. Plus Lola's bold plan to be part of a consortium seeking to buy MG and perhaps build a road car had come to naught - as would its (very) hopeful bid to enter F1 in '10. Sound familiar?

When it lost to Dallara the Indycar pitch of 2012, an iconic marque - that had beaten Ferrari in its first season of F1, that had won 181 CART/Champ Car races and three Indy 500s (more than 200 and five if you include Unser's USAC campaigns from 1968-71) plus a USAC Triple Crown, a 24 Hours of Daytona and two Formula Ford Festivals - had run its incredible 54-year course after constructing by its reckoning more than 5000 cars across more than 400 distinct designs.

Lola's was a name that Broadley had had no say in - he was too busy to be bothered - and was not entirely fond of; he tried to change it once. Disinclined to reveal its derivation - he was always too busy - popular belief has it stemming from the song Whatever Lola Wants, Lola Gets. And that wasn't Broadley. Nor was it Birrane. Neither wanted it all. And what they had, they'd earned and paid their dues for. No doubt both would have enjoyed succeeding in F1 - not that Broadley's efforts were a total bust - but very few have proved so conclusively that motorsport is so much more than that. 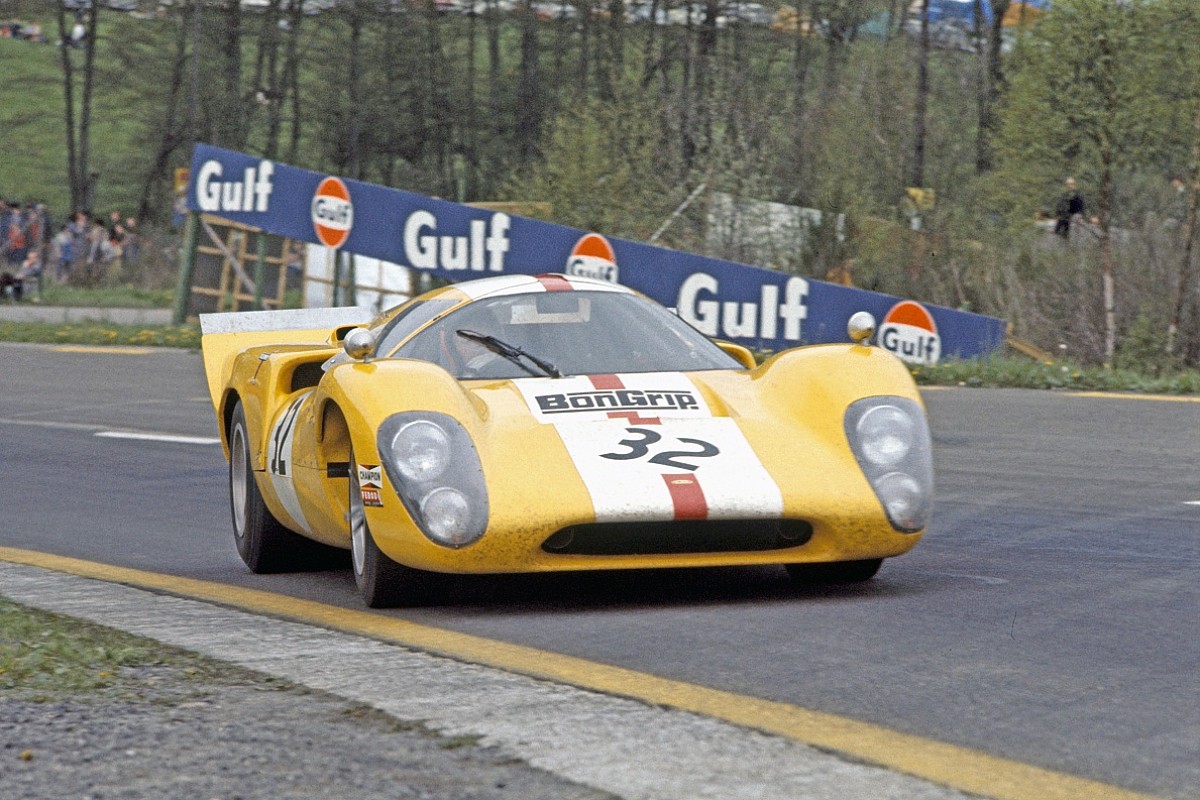