Autosport revealed last December that talks between TCR organisers and interested parties were under way to bring the tin top concept to Britain.

Firm plans for a calendar have not been announced but a six or seven event schedule is anticipated for the 2018 season, with two races taking place on each weekend, after the MSA's Championship Control Panel approved the project.

The series will be run by organising club the BRSCC, which runs its own meetings as well as organising events for the likes of the British GT Championship.

"I am delighted that a TCR UK championship becomes the latest addition to our already large family of TCR series worldwide," said TCR boss Marcello Lotti.

"This is a particularly important achievement, because the UK remains the reference country for motorsport due to its concentration of engineering companies, teams and professional people.

"We are confident that the new series will be successful thanks to the long-standing British tradition for motorsport in general, with particular enthusiasm for the various touring car categories." 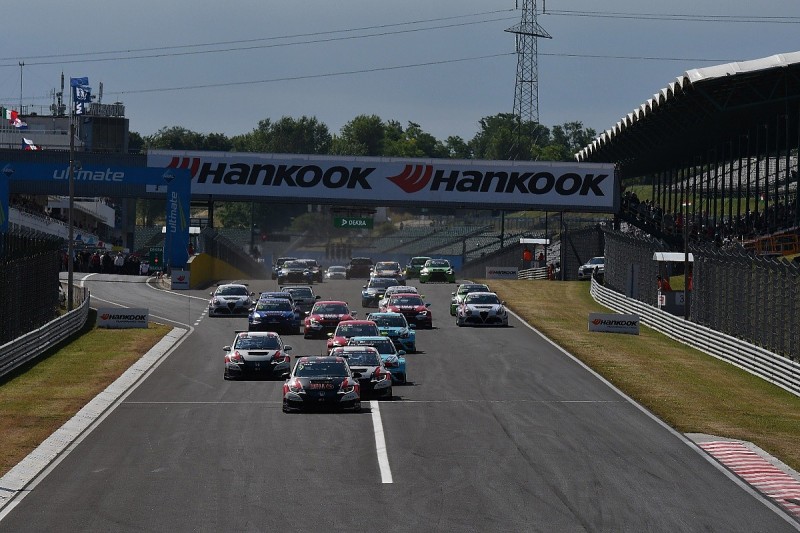 TCR was designed as a low-cost alternative touring car formula, and its International Series launched in 2015 and has an agreement to run on the undercard at select Formula 1 grands prix.

National TCR series have since been set up in Germany, Italy and Thailand, with championships also encompassing the Asia and Benelux regions.

TCR regulations also form classes in a number of national championships across Europe.

The UK series will be promoted by Jonathan Ashman - who was one of the founding fathers of the British Touring Car Championship's hugely popular Super Touring regulations.

"I have worked with Marcello Lotti since the TCR concept was launched, especially with regard to the arrangements with Formula One Management," said Ashman.

"This new adventure with TCR UK brings me back to my previous experience as a touring car promoter, which gives me plenty of motivation to repeat the earlier success.

"I'm also especially pleased to have an experienced and professional management team alongside me."