Jordan Sanders' career has been a bit of a whirlwind over the last three years, a time during which he has moved from club karting to becoming one of Britain's most promising prototype sportscar talents

Sanders, 18, has experienced a meteoric rise in his racing, one that has led to him being signed up by British firm Ginetta to be key part of its new Young Driver Development Programme.

This year he has been racing in the European VdeV series with the factory Ginetta team, handling its rapid G57-P2 prototype - quite a jump from arrive-and-drive karting just two years ago.

Sanders was starring in club-level karting in 2015, racing in the UK Easykart classes before making selected appearances in German DKM and a single CIK-FIA championship appearance at PF International.

The Burbage-based driver stopped racing that year to concentrate on his exams, before getting back into the sport for 2016, and making a surprise move up the racing ladder.

"Sportscars run in my blood," says Sanders. "My father - Pete Sanders - was part of the Graham Nash Motorsport team that won the 2002 British GT Championship title and later did works Le Mans programmes with RML. I'm told that when I was three-years-old, I was in a paddling pool at Sebring! So I guess it's pretty natural that my driving career would take me that way."

Sanders tested both British Formula 4 and Formula 3 cars, but opted for a move into sportscars instead. A few trial outings in a loaned Radical SR3 showed his potential and landed him a deal to race a Ligier CN car alongside Duncan Williams for a handful of rounds in 2016. 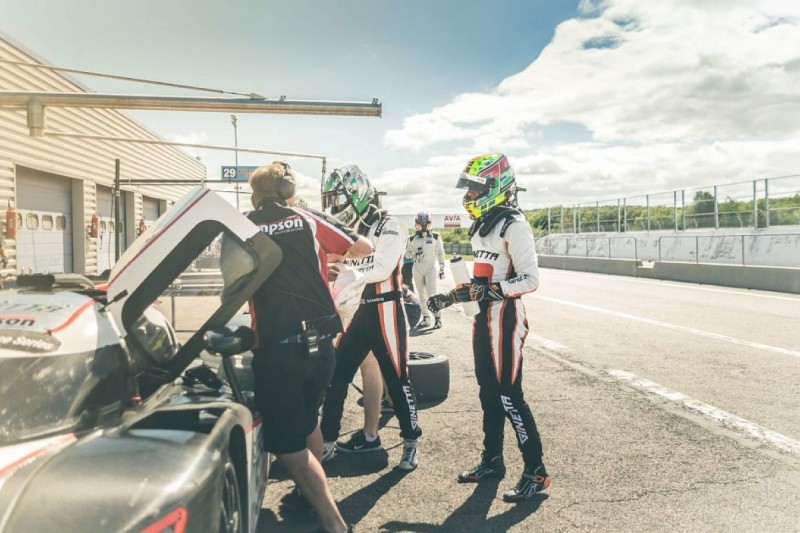 "Going from a kart to a sportscar taught me loads," he says. "Learning how much you can push a car with downforce through corners and adapting to the power. Fortunately I've always been comfortable learning new cars."

Sanders' landmark CN result coincided with his 17th birthday, when he and Williams won their class in the VdeV round at Le Mans. Standing on the podium at Le Mans, on their 17th birthday: how many teenagers can lay claim to that?

Ginetta offered Sanders a test in its new G57-P2 off the back of his CN performances, and from then on his career took off.

"We did one test at Donington Park and the times were only about 0.5s off [Ginetta factory driver] Charlie Robertson," says Sanders. "Before I knew it I had an invitation to fly to Mugello to share a G57 with [Ginetta boss] Lawrence Tomlinson and Jon Lancaster."

The trio were leading by a lap when a chunk of rubber hit the external cut-off switch, demoting them to 14th. But Ginetta had seen enough, and offered Sanders a place on its new Young Driver Development Programme, and a seat in the VdeV full-time this year.

Sanders' pace has been unquestioned so far, but results have been largely held back due to circumstances beyond his control. But there was a podium in the last round at Dijon to fall back on.

"I've had 10 races in the G57 so far, and in truth nine probably should have been wins, but we've just had a lot of bad luck," says Sanders. 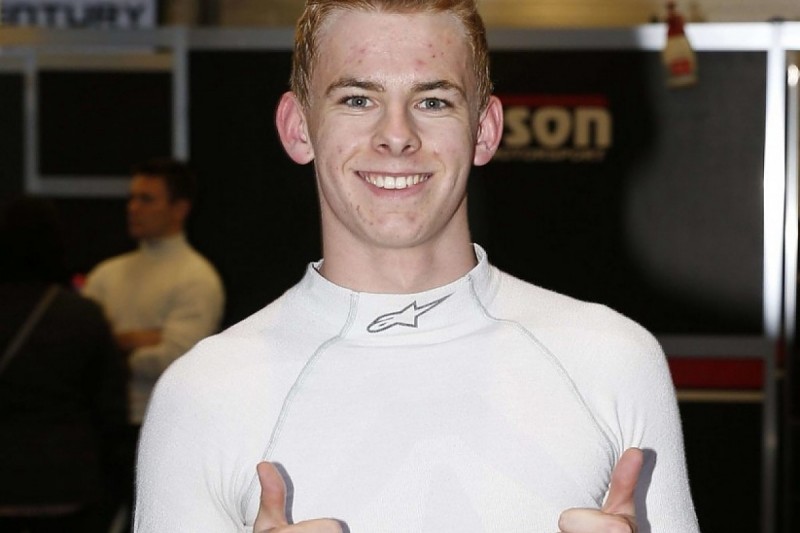 Going forward, Le Mans is the aim and, with Ginetta's new LMP1 project due to hit the tracks this winter, Sanders is keen to keep himself in the frame for any opportunities that brings.

"Working with Ginetta this year has been a really good experience, and it's helped develop my driving a lot," he says.

"It's not just the race weekends, it's being able to tap into the experience at the brand and using things like the coaching opportunities and even corporate days to learn different types of cars - from GTs to prototypes.

"Le Mans is my ultimate aim, and a lot is changing on the grid there right now so I believe there will be good opportunities on the horizon. I just have to keep showing my pace and driving to the best of my ability and see what further chances come my way."