Club-level motorsport has been suspended in England for the second time this year in the wake of the latest coronavirus lockdown, but the British GT finale will still go ahead

Governing body Motorsport UK has been in consultation with the Department for Digital, Culture, Media and Sport following the announcement over the weekend that a fresh four-week national lockdown would begin in England from this Thursday.

While selected 'elite' events recognised by the DCMS - such as the British Touring Car Championship - will be allowed to continue, permits for all other events have been withdrawn.

Fans have been able to attend British GT events earlier this year, but the series has now also been granted elite status and the Silverstone finale will take place behind closed doors this weekend.

Another series given the green light is the British Truck Racing Championship so, after being classified as an elite sport, its season finale at Brands Hatch this weekend is also now due to take place.

Given the time of year, the latest Motorsport UK announcement affects a relatively small number of circuit racing events.

Aside from the BTCC, British GT and Truck meetings, just four other events were set to take place in the period covered by the lockdown.

These were events due to be organised by MotorSport Vision Racing, the 750 Motor Club and the Classic and Modern Motorsport Club.

All other circuit racing clubs had already concluded their seasons.

A statement from Motorsport UK read: "The governing body confirms that, following DCMS guidance, it must suspend all non-elite motorsport until 2 December.

"Selected elite events officially recognised by the DCMS, which include the British Touring Car Championship, will be permitted to continue. 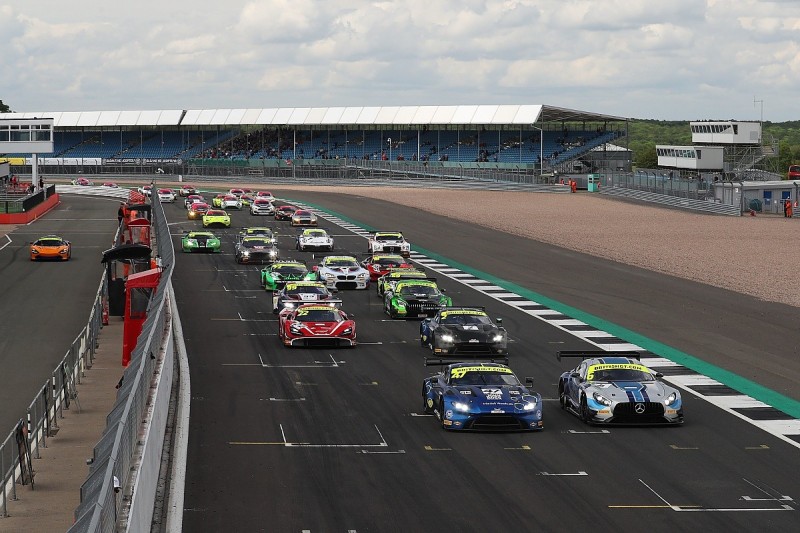 "In respect of permits issued for non-elite events in England between 5 November and 2 December, Motorsport UK confirms that those permits are now withdrawn.

"Organisers will need to reapply if they plan to hold the event at a later date.

"Motorsport UK will continue to monitor the prevailing advice from the UK Government and that of the devolved nations and ensure the motorsport community is updated.

"Motorsport UK would like to thank the entire motorsport community for their resilience and hard work throughout the summer months to keep motorsport running and operating safely.

"During the coming weeks we will be working hard to ensure that, as soon as government guidance allows, motorsport can safely resume once again."

Earlier in the year, Motorsport UK suspended all of its event permits between mid-March and the end of June in the wake of the coronavirus pandemic.

Since then, circuit racing events have been able to take place following new coronavirus guidance implemented by Motorsport UK, although other disciplines - most notably stage rallying - have been unable to resume to the same extent amid tighter restrictions on public land used in many traditional rally stages.

Irish governing body Motorsport Ireland had already suspended all of its events last month, while the Northern Irish government's earlier introduction of the so-called 'circuit breaker' lockdown, resulted in the Kirkistown season finale being halted mid-event.