Mick Schumacher, the son of seven-time Formula 1 world champion Michael, has missed out on winning the German Formula 4 title to rival Joey Mawson

In his second season of racing single-seaters, Prema Powerteam driver Schumacher has battled Van Amersfoort Racing driver Mawson for the crown, but he came into the final round at Hockenheim with a 39-point deficit to the Australian driver.

Mawson was able to wrap up the title by winning the first of the three races at Hockenheim with Schumacher finishing sixth.

Schumacher, 17, was one of seven drivers excluded after qualifying over issues with their onboard fire extinguishers and had to take part in the qualifying race, which he won from 14th.

This secured him 22nd on the race one grid, but making up 17 places was not enough to keep his title hopes alive with Mawson passing polesitter Mike Ortmann for his ninth win of the season. 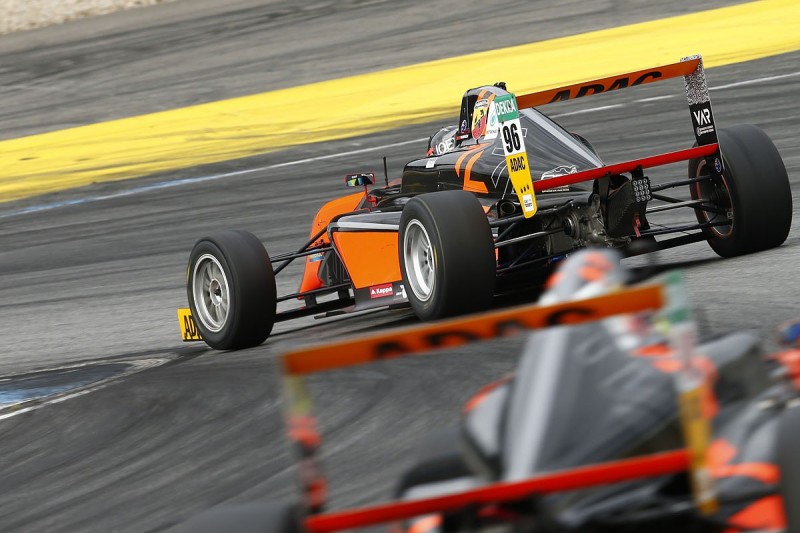 Schumacher could still claim the Italian F4 title in the final round at Monza at the end of the month, despite failing to score in the penultimate event at Imola last weekend.

He has been playing catch-up to Marcos Siebert since Prema skipped round two at Adria, but had reduced his deficit to the Argentine to 10 points prior to Imola.

There, he lost a likely win in race one to a penalty for a false start, was eliminated at the first corner in race two by a driver that had jumped the lights, and was unable to progress as far as the points from the back in race three.

The damage relative to Siebert was limited by the Jenzer Motorsport driver also jumping the opening race start and spinning on the last lap of the finale, though a third place in race two extended his advantage to 25 points.

Siebert's ability to significantly add to his total at Monza will be hampered however by a dropped scores rule, whereas Schumacher can still score up to 48 points.