Newey's 16-year-old son Harrison recently made his single-seater debut and contested the opening round of the BRDC Formula 4 Winter Series at Snetterton, but skipped last weekend's Brands Hatch races due to educational commitments.

Newey Sr believes that the FIA, which allows drivers as young as 14 in some countries to race single-seaters, needs to set a precedent by stopping "ridiculous amounts of testing" during term-time.

"The kids have to go to school," Newey told AUTOSPORT. "The testing Harrison has done is over half-term. We're trying to balance it without compromising his school.

"I do feel very strongly that the FIA and the MSA [Motor Sports Association] need to get a hold on it. It would be very easy for the FIA to stop all this by saying circuits can only allow kids to test during school time on designated days.

"They could stamp it out overnight, unfortunately they don't seem to want to."

In Britain, 14-year-olds can compete in categories including Fiestas and Ginetta Juniors, while the MSA has lowered the single-seater age limit to 15 for next season.

The rule change was prompted by introduction of MSA Formula, Britain's version of FIA Formula 4, in which permitting 15-year-olds is mandatory for organisers.

An MSA spokesman said that private test days were outside of its jurisdiction.

"The MSA has always stressed that education should take priority over racing, which is a message that we convey to aspiring young drivers through the MSA Academy," the spokesman said.

"There is no such thing as a race that is more important than education; indeed all the evidence shows this to be the case from a talent development perspective." 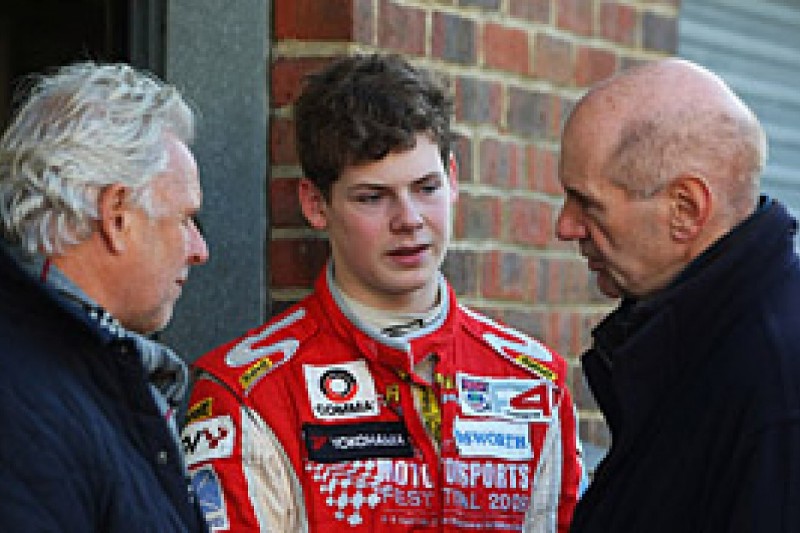 A lot of people will disagree with Adrian Newey's concerns over young drivers compromising their education.

Newey's not saying you need to have a grammar school education to race a car quickly. But those who won't end up as a paid motorsport professional need to have an alternative and the rule of thumb is you have more options with an education than without.

The conversion rate for aspiring drivers into paid professionals is very low, and skipping school to test or pinching back exam revision time because of a race weekend isn't going to help the majority whose career goes no further than a couple of years in cars.

It's far too easy to say that the parents should stop taking their "future stars" out of school. Young drivers are going to test, and if they have money behind them they are going to test more - you cannot and will not stamp that out.

But why does testing have to be governed with a laissez-faire attitude? Might keeping midweek testing to a minimum for under-18s just be an acceptable solution?

It might seem like making a mountain out of a molehill but the responsibility of what happens to the vast majority who do not end up with a racing career is always somebody else's burden to bear in the motorsport. And that is terribly out of touch.