The factory Team BMR Subaru Levorg driver, who is seventh in the BTCC standings, will replace Finlay Crocker in a latest-generation Honda Civic. Crocker will miss the round due to business commitments.

Other BTCC racers Dan Lloyd, who leads the TCR UK category and has won all but one race this year, and Aiden Moffat have also taken part in TCR this season.

Sutton said: "This weekend will be my first real experience of a TCR car, but I may not be able to attend the test on Friday so I'll only have a single half-hour session in the car before qualifying. 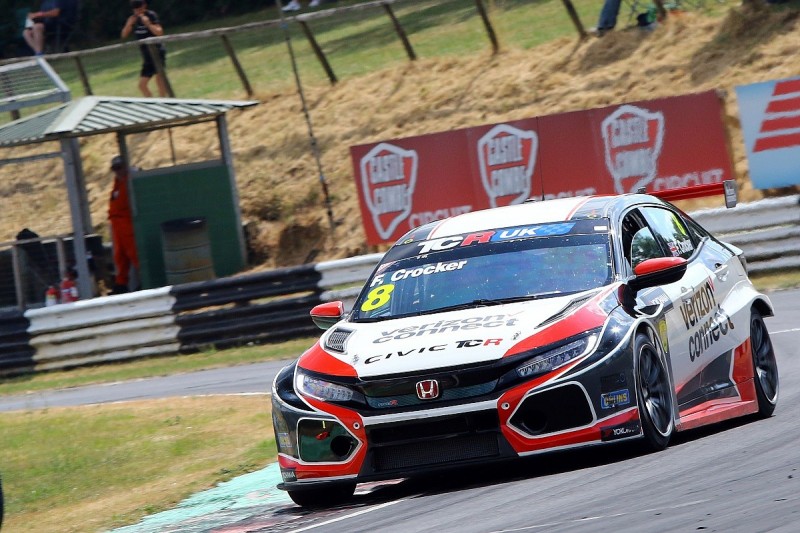 "As a result, I have no expectations or targets and so I can just enjoy the experience.

"From my point of view, both myself and Team BMR are looking at TCR as something we'd very much like to do in the future and so when Finlay contacted me to offer me the chance to drive his car, I saw it as a prime opportunity to find out what it's all about."

Crocker's best result in the championship is a sole sixth place in the opening round of the category at Silverstone in April.

Team BMR head Warren Scott stated that his operation would look to expand into TCR, and has so far entered a car at two UK rounds this season under its 'Racing Academy' banner.

Josh Price, who also drove for the team in the BTCC before it cut its line-up, contested the Knockhill and Brands Hatch rounds, scoring a brace of podiums at the first event.

Former British Touring Car outfit Maximum Motorsport has also committed to adding a third car for the Oulton round.

Regular driver Stewart Lines joined forces with Carl Swift, who had previously run independently, earlier in the season, and the team will now run a third car for Tim Docker - who acquired a Volkswagen Golf GTI that had previously been owned by BTCC outfit Motorbase.