The Revolution Trophy class of the Sports Prototype Cup has secured a support slot at the Portuguese Grand Prix, appearing alongside Formula 1 for the event at the Algarve Circuit.

The UK-based Sports Prototype Cup was launched last year and features classes for the new Revolution A-One machine, as well as for Radical SR3s and an Open division at selected events for other prototypes.

It will be just the Revolutions that will appear alongside F1 on the 23-24 October and a grid of up to 20 cars is possible.

INSIGHT: Autosport drives the Revolution around the Algarve circuit

The support slot at the first F1 race to be held at the Portuguese venue has become available as the regular F3 and Porsche Supercup categories are due to conclude their coronavirus-affected campaigns around the end of the traditional European F1 season in September.

It follows hot on the heels of the Revolution making its international debut at Spa last weekend as part of what was originally due to be a non-championship Britcar race alongside the World Endurance Championship. 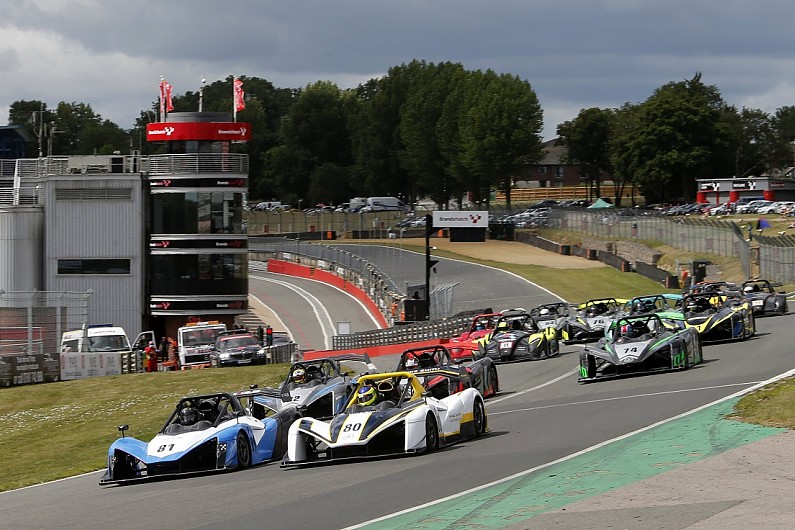 But, with Belgium being added to the list of countries where arrivals to the UK have to self-isolate for 14 days, most of the Britcar entries dropped out leaving three competitors alongside 10 Revolutions.

The Revolution is the brainchild of Radical co-founder Phil Abbott and he is excited at the prospect of appearing at an F1 weekend.

"We are proud that the Revolution A-One has been approved as a support race for the grand prix," he said.

"We set out to design a car that is at the cutting edge of customer motorsport, with advanced technology, innovative design, high downforce and forgiving handling.

"It's the perfect car for such a demanding circuit."

Paulo Pinheiro, CEO of Autodromo Internacional do Algarve, added: "We first noticed the Revolution A-One when the stunning prototype undertook its development and durability tests at the circuit last year.

"Since then, many drivers and journalists have sampled the car on our demanding circuit and I'm confident that a full grid of these prototypes will provide a stunning spectacle for our F1 fans."