Four-time British GT champion Jonny Adam says he has "still got the hunger" to win a record-breaking fifth title next year after his planned entry this season was withdrawn.

Aston Martin factory driver Adam, who claimed his fourth crown with as many different amateur co-drivers last year alongside Graham Davidson, was set to return in a TF Sport-run Aston Martin Vantage GT3 alongside Omani racer Ahmad Al Harthy, with whom he had won the 2017 Blancpain Endurance Pro-Am title.

But two clashes with World Endurance Championship rounds resulting from the coronavirus-induced pause on motorsport activity meant that his title prospects were already looking slim before it was announced on Monday that Al Harthy's entry was being withdrawn, owing to the congested schedule and 14-day quarantine restrictions imposed on arrivals to the UK.

Having raced continuously in British GT since 2011, Adam told Autosport it would feel "weird to turn up and not be in a car" but said he "the hunger is still there" for another crack at a fifth title next year.

"As long as there's still a programme [in British GT], I still want to be racing and more importantly still racing for Aston Martin Racing," Adam said.

"If it means racing one more season or another five seasons of British GT, I couldn't care as long as I've got my bum in a seat and I'm racing."

Adam's titles have come with three different teams, following up his 2015 success alongside Andrew Howard for Beechdean AMR (below) with Derek Johnston at TF Sport in 2016 and Flick Haigh at Optimum Motorsport in 2018, before partnering Davidson at TF Sport last year. 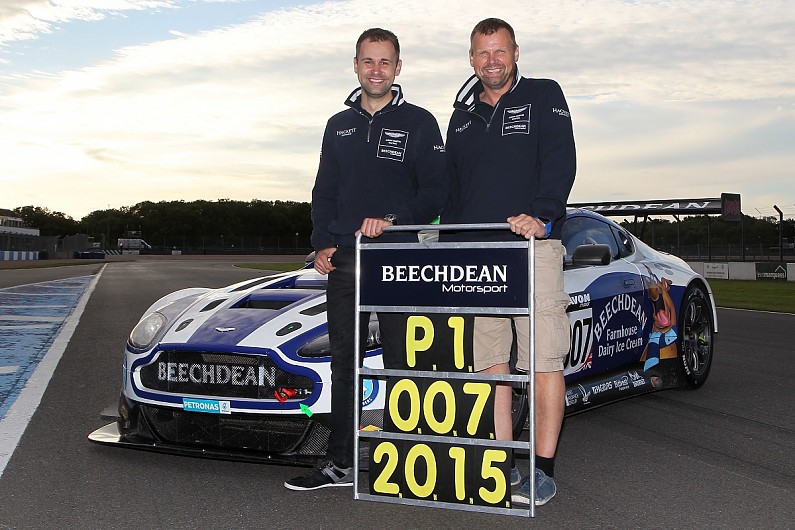 The Scot says the challenge of teaming up with new co-drivers in different teams is a strong motivating factor to keep him coming back year after year.

"The challenge of having a new team-mate, a new personality to work with every season is quite refreshing," he said.

"These customers drive so differently, the data they take on board, the way they want to be coached and want to have communication on the radio is all different too and that for me is an extra refreshing challenge that I want to succeed at.

"The four customers I've raced with and won championships with are all completely different personalities, so I wanted to try and tick that fifth box with Ahmad.

"I still strive to achieve good success with customers and British GT is a good customer programme for Aston so I can't see why we won't be back next year.

"Definitely the hunger is still there massively to come back and do it again."

Davidson's planned entry with graduating GT4 champion Tom Canning in another TF Sport Aston Martin has also been withdrawn due to contractual delays with his businesses, leaving TF Sport without any entries in the GT3 class this year. 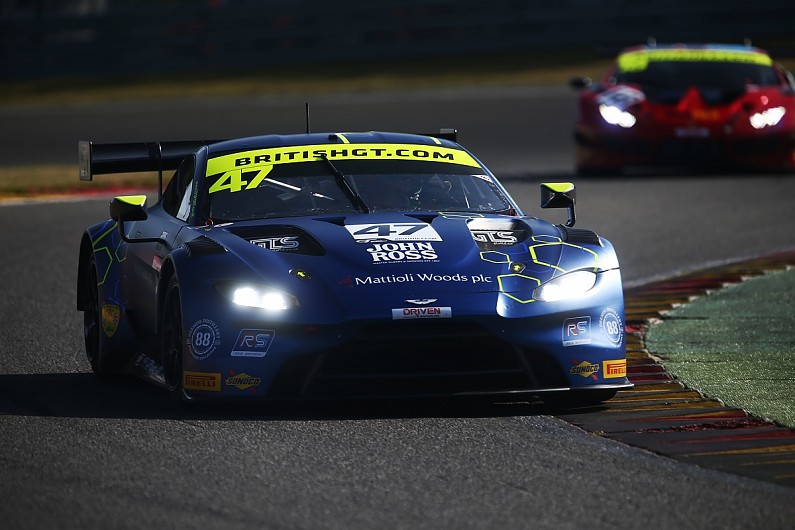 However TF Sport boss Tom Ferrier told Autosport he was "100% planning to be back next year" with two cars in GT3, along with two GT4 cars that have been unaffected.

"Who knows what the financial situation will be like next year, but we've got the cars and the staff to do it, so that will be the plan," he said.