Special saloon fanatic Andy Wilson has bought the fabled DAF V8 Super Saloon and plans to give the crowd-pleaser its first race "in anger" for 42 years this season.

He intends to first race the popular machine at the Classic Sports Car Club's Cadwell Park meeting on 18-19 April.

Wilson is so enamoured by the car - which ex-Formula 1 racer Mike Wilds drove in the club's demo race in 2011 - that he has acquired a standard 55 Marathon Coupe too.

Debuted in 1972 by originator Tony Hazlewood, who set the first 100mph tin-top lap of Thruxton in October '73, the DAF was subsequently owned by Colin Folwell and British Touring Car racer Alan Minshaw and raced with V8 Rover/Oldsmobile engines of up to five litres' capacity until '76.

Tony Sugden raced it (sometimes as a Volvo) with a two-litre Ford BDX to '78.

Wilson says he loved the car from the moment he saw it. 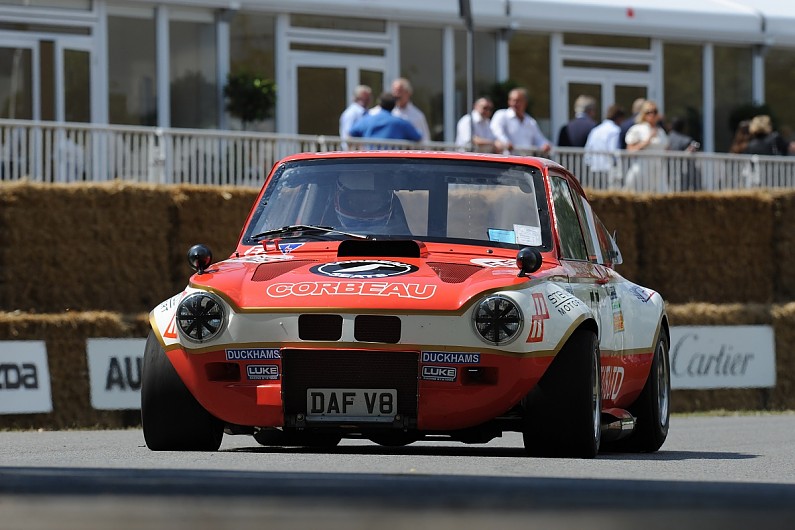 "Special saloons have been in my blood since my dad [Tony] raced," said Wilson.

"I've had loads, but never dreamed of owning the DAF, which Tony Hazlewood rescued and rebuilt.

"I grew up on the smell of Castrol R and the roar of open exhausts, so for me this opportunity was unmissable.

"Cadwell has always been my favourite circuit, so I'll debut it there.

"After my '64 Ford Falcon and modern Holden Monaro I won't be scared to race it hard.

"I'll do most CSCC events - maybe not Thruxton - but need to make the roll cage comply with current [Motorsport UK] regulations first. We'll also look at reinstating the front spoiler.

"The DAF may not be competitive with younger cars but that's not the point. I'm going to have a lot of fun putting an icon back on track."