Aston Martin driver Jack Butel believes the experiences he has taken away from his maiden British GT campaign will serve him well in the future as he prepares for his next challenge in 2020.

The 23-year-old had a baptism of fire in his first season racing in one of the UK's top championships with Optimum Motorsport last year.

Alongside team-mate Connor O'Brien the pair took a best result of sixth place in class from both races at the season-opening Oulton Park round.

The Silver-Silver pairing secured further points finishes with 10th at Snetterton, seventh at the three-hour Silverstone race and a further 10th in class at Brand Hatch, meaning the duo ended the season equal 12th in the GT4 Silver standings with 27.5 points.

"I think it was a learning year but I wouldn't have changed it and I've got to look forward now," said Butel, who prior to British GT competed in the LMP3 Cup.

"I think what I learnt the most was the endurance side of British GT, doing three hours at Silverstone I never really did that in LMP3."

Despite the British GT season finishing in September, Butel was back behind the wheel before the end of the year after contesting the Super Trofeo Europe Series finale at Jerez in a Lamborghini Huracan. 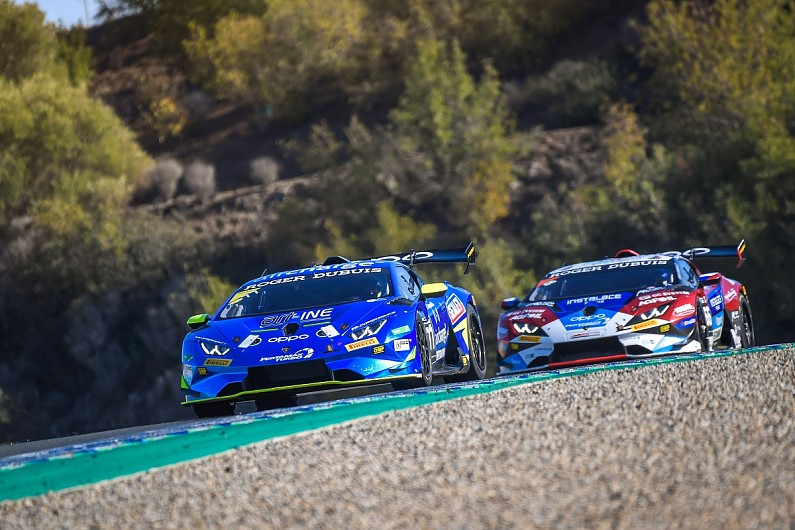 Having made his debut in the series at the Nurburgring earlier in 2019, Butel once again joined Artline Technology Racing and managed to take a class podium alongside team-mate, Steven Liquorish.

"I got to go back in the car and learn more about it than I did last time when I was at the Nurburgring," added Butel.

"I loved it, it was a quick flowing track but it's pretty hard to overtake so I had to study them [opponents] and having not been to the track before it was knowing where the best places to overtake were.

"I think we struggled a bit on the Wednesday and Thursday testing as we were just understanding the car set-up but I think we had a good base set-up for the Friday race."

Butel is now preparing to contest the Dubai 24 Hours on January 10-11, also with Artline in the Huracan, after finishing last year with first in class and eighth overall in the Gulf 12 Hours at the Yas Marina Circuit.

It is not the first time the Jerseyman has contested the 24-hour race, having driven an Optimum-run Ginetta G55 GT4 at the start of 2019.