Ashley Hicklin and Rod Birley each took double victories at the final UK car race meeting of the 2010s at Mallory Park on Boxing Day.

Hicklin had the honour of being the very last winner to pass the chequered flag in the decade when his Radical SR3 came home almost a minute clear in the second of the British Racing and Sports Car Club-run Sports Car races after lapping almost five seconds per lap faster than any other car on the treacherously wet surface.

With the top 10 finishers reversed from the earlier race, Hicklin had to scythe through from row five but he took the race two lead from Steven Barnard's spaceframe Audi TT halfway around the second lap.

David Porter's SR3, which had started alongside Hicklin's car on the grid, was expected to provide a challenge but eventually finished a lapped third, ahead of Barnard and Caterham 310R driver Jon Curry.

Gary Mitchell, however, was the only other driver to finish on the lead lap in his Global GT Light - in spite of picking up damage to his car in the first part of the race.

The rallycross driver - who was also racing his Ford Puma in the Saloon races ahead of its appearance in the Autosport International Live Action Arena - passed Barnard around the outside at Lake Esses on lap five, only to immediately spin onto the grass, breaking the front splitter.

The previous race was halted early after Nicholas Smith had the throttle stick open on his Caterham Roadsport, resulting in a headlong collision with the tyre wall at Gerard's Bend. Hicklin, who took the lead from Porter at the start of the second lap, was already comfortably clear, with Mitchell a distant third. 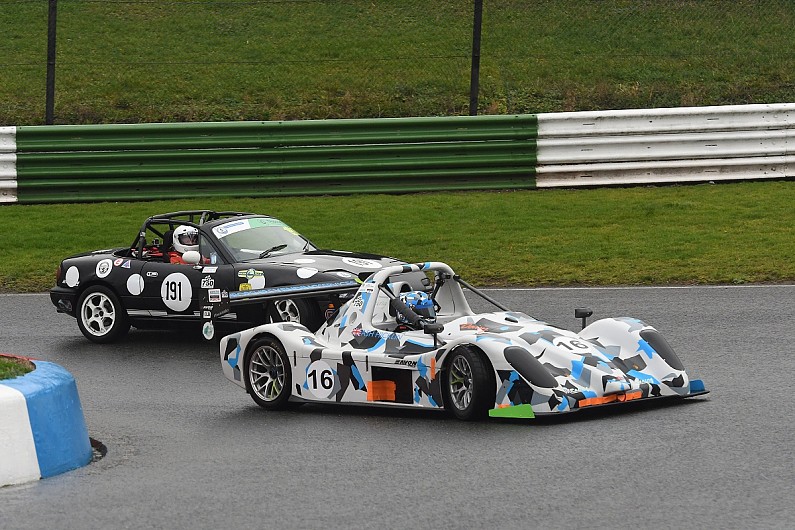 The opening Saloon car encounter was also red-flagged after Julie Walford's Renault Clio stopped in an exposed position at the exit of Gerard's Bend.

Unsurprisingly, Birley - who claimed pole position by placing his entry the earliest of anyone - was well ahead of the chasing pack in his Ford Escort WRC.

Adam Chamberlain (Vauxhall Astra VXR) was a strong second, up from row seven of the grid, in spite of having had a fallow season, and used the event as preparation for a return to Turbo Tin Tops in 2020.

He beat Simon Ward, who showed him the ropes around Mallory a couple of years earlier, into third position.

The second race, with its partly-reversed grid, was a cracker. Having made a late entry and started the first race last, Oliver Barsby's Honda Civic led for almost eight laps until Birley, who started 10th, eventually found a way through at Devil's Elbow.

Simon Sheridan's Civic Type R was second for a long time but was eventually classified fifth after Sheridan went straight on at Shaw's hairpin on lap eight.

Pickup Truck regular Ward was among the drivers to capitalise in his Vauxhall Astra GTE, and he moved into second - ahead of Barsby - at the hairpin a lap later before slashing Birley's advantage.

When Birley got boxed in by a slower Citroen C1 at the hairpin four laps from home Ward pounced and led briefly, but Birley turned up the wick and blasted back ahead into the Esses on the next lap to take the victory.

Barsby completed the podium, while Chamberlain emerged from a magnificent midfield scrap to take fourth from Sheridan and Carl Swan's Citroen Saxo. 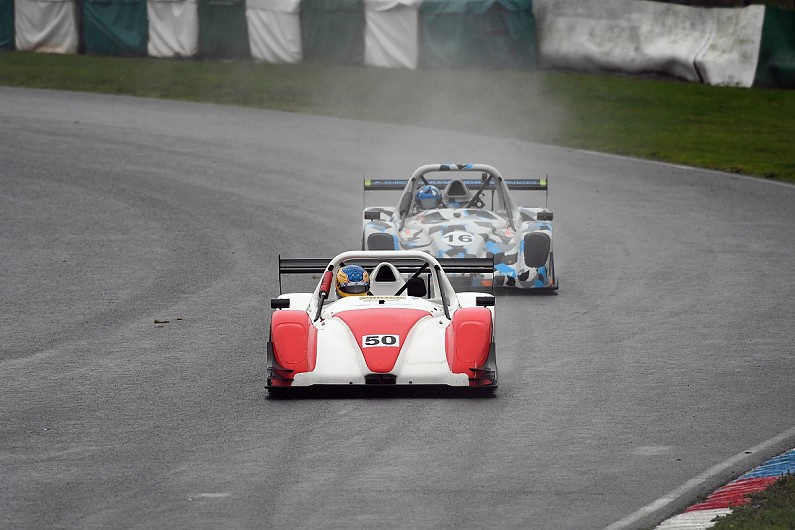