Villeneuve founded the school alongside Patrick Lemarie - a test driver for the BAR F1 team for four years while Villeneuve drove for the outfit - and both were part of a judging panel for the shootout that also featured 1996 Monaco Grand Prix winner Olivier Panis.

Nearly 100 drivers registered for the scholarship and these were whittled down to a final six that contested the shootout in Mygale F4 cars.

Kremers, who won the CIK-FIA World KZ karting title this year, will now receive a funded British F4 season with leading squad Carlin - which has run the champion driver in every year it has been in the series.

"It feels great!" said Kremers of his win. "I see the season in British F4 as a great opportunity for me to boost my racing career to the next level and it is a great feeling to have secured a seat with an amazing team as Carlin. 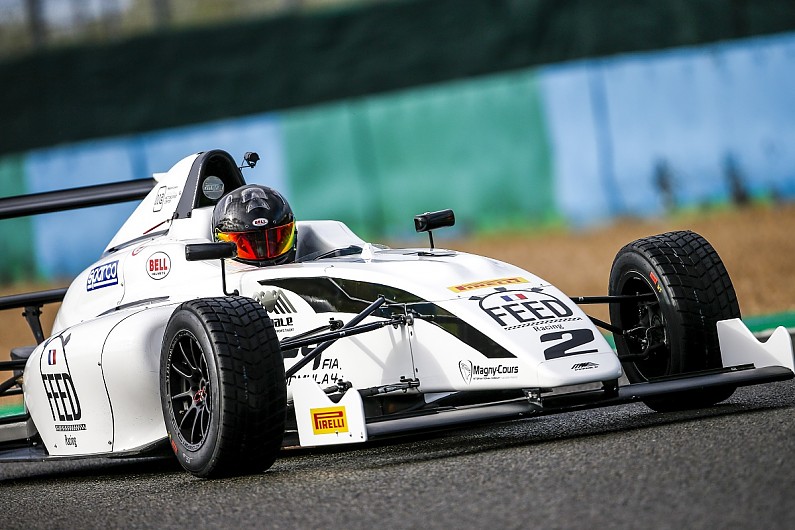 "I'm very excited, Carlin is such a big name in motorsport and I'm sure I will be able to learn a lot from their experience.

"Hopefully I'll be able to add another championship for them."

Kremers becomes the sixth driver to commit to racing in British F4 next season.

Ginetta Junior racer Casper Stevenson has also recently won a scholarship - this time a prize pot worth £35,000 from British F4 and the series' partners.

His fellow Ginetta Junior driver Roman Bilinski has already signed up and will drive for Arden alongside karter Frederick Lubin.

Elsewhere, Brazilian Roberto Faria will continue with Fortec for a second season, while Peruvian karting graduate Matias Zagazeta will be a team-mate of Kremers at Carlin.