Kevin Harvick says he is "genuinely looking forward to" his final season of competition in the NASCAR Cup Series after announcing plans to retire at the end of 2023.

The 2014 Cup champion, a regular for the Stewart-Haas Racing Ford squad since that title year, will call time on a glittering career that counts wins in the Daytona 500, Coca-Cola 600, Brickyard 400 and Southern 500.

He has been a fixture in the Cup series since 2001, when he was promoted by Richard Childress Racing to replace Dale Earnhardt Sr following his death in the Daytona 500 and won in his third start at Atlanta. He will end his career with over 800 Cup starts.

Last year, aged 46, he won back-to-back races and made the playoffs for the 13th consecutive year. Since its inception in 2004, he's only missed the cut three times.

His 60 victories puts him ninth on the all-time wins list, equal with Kyle Busch and just behind Earnhardt (76).

Reflecting on his decision to call time on his career, the two-time Xfinity champion said he was still excited for his final Cup campaign.

“There is absolutely nothing else in the world that I enjoy doing more than going to the racetrack, and I’m genuinely looking forward to this season,” said Harvick.

“But as I’ve gone through the years, I knew there would come a day where I had to make a decision. When would it be time to step away from the car?

“I’ve sought out people and picked their brains. When I asked them when they knew it was the right time, they said it’ll just happen, and you’ll realise that’s the right moment. You’ll make a plan and decide when it’s your last year. 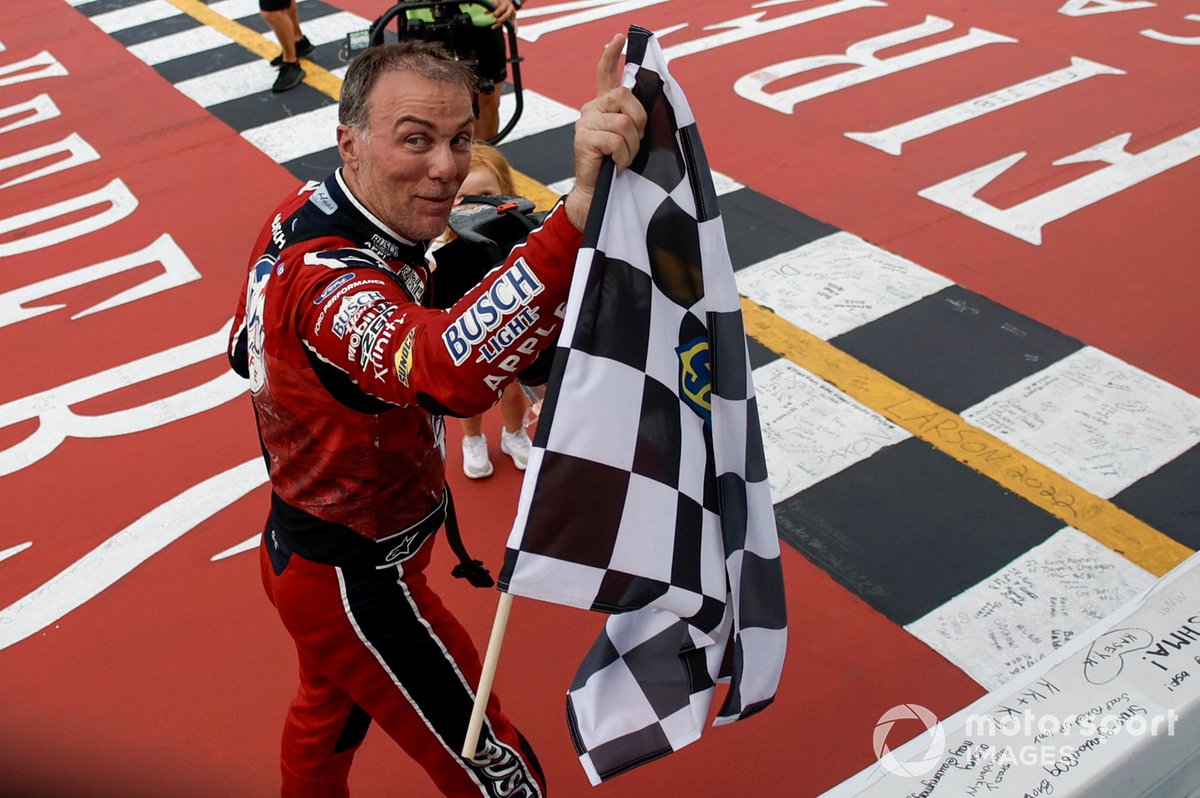 “It’s definitely been hard to understand when that right moment is because we’ve been so fortunate to run well.

“But sometimes there are just other things going on that become more important and, for me, that time has come.”

Paying tribute to Harvick, three-time NASCAR Cup Series champion and co-owner at Stewart-Haas Racing Tony Stewart said: “I competed against Kevin for a long time and I was so happy to finally have him a part of our race team.

“He’s incredibly reliable – consistent and calculated on the track with a drive to always be better. That’s what you want in a team-mate.

“He knows what he needs to be successful, and his will to win helped elevate our entire company.

“I want Kevin to savour every lap this season, to compete like hell and to take it all in.

“He’s made all of us at Stewart-Haas Racing incredibly proud and we want to make his last season his best season.”