Denny Hamlin has forfeitted the coveted number one pitbox after winning pole for the NASCAR Cup Series finale at Homestead, handing it to his Joe Gibbs Racing team-mate Kyle Busch

But after winning the pole, there were immediate discussions regarding giving up his pitbox to Busch.

The advantage of the first pitbox is that it gives a driver an unimpeded exit back onto the race track, which could be crucial for a late pitstop in the race.

Hamlin had initially suggested he was unlikely do so because "everything is earned, nothing is given", with Busch adding: "That's probably too far, but it would sure be nice.

"I think that if you're not in the number one pitbox, then two through 40 are the same."

Ahead of the pitbox decision, Busch's 2017 title rival Martin Truex Jr, who is fighting to retain his crown this year, said: "I agree it's way too far."

"I think if you get the pole, yes, the first pit box. I think that's what we were all shooting for tonight.

"Anywhere else in the top 10 or 12, it's a long race; a lot happens here. Long runs come into play, and if you're good, you can drive pretty much from anywhere in the field."

Truex's Furniture Row Racing team had asked Hamlin to give up his number one pitsall last year after the JGR driver took pole, but the request was refused. 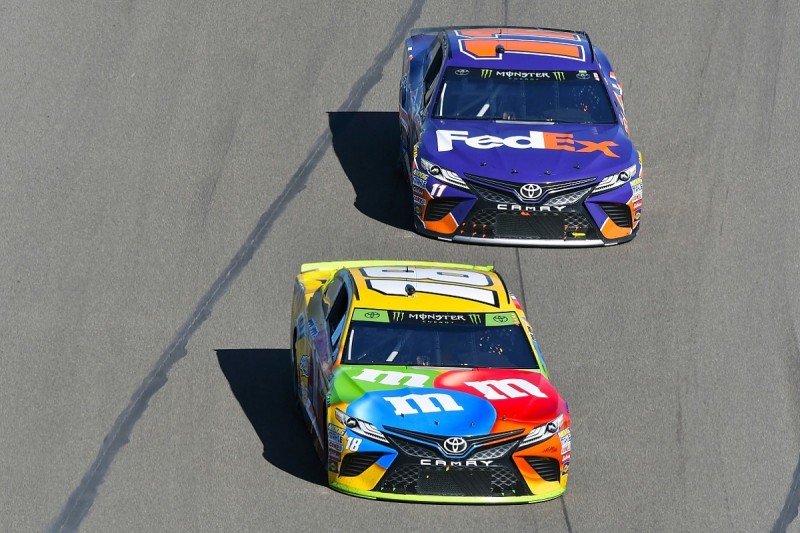 "Well, the discussion was had and a decision was made," said Gibbs.

"That's important for him and that's a big deal for us and our sponsor. And then of course the other side of that for our team, we want to win a championship.

"And so we all kind of met, we talk all that over, and it's everybody making a team decision and we felt the best thing for us was we want Denny focused on winning this race.

"And at the same time, we want to make a team decision.

Pitstall selection is made based on qualifying order.