Busch was taken to hospital after his Toyota was fired off the front straight and ploughed head-first into an infield wall.

He required assistance to get out of the car, and was in visible distress as he was helped onto a stretcher.

He underwent surgery on his lower right leg on Saturday night and was also found to have a minor fracture in his left foot.

Two-time Truck Series champion Matt Crafton has been called up by Joe Gibbs Racing to stand in for Busch in the 500.

The multi-car accident was triggered 20 laps from the end of the race, when Erik Jones' Toyota turned low and then snapped back up the track across the traffic, scattering the cars behind him.

The race was won by Ryan Reed, who passed Brad Keselowski on the final lap.

The accident just hours after Busch's brother Kurt lost his first appeal against his indefinite suspension by NASCAR, which followed a protective order being issued against him due to the findings of a family court examining the domestic abuse case brought by his ex-partner Patricia Driscoll.

Busch appealed against that verdict, but his final appeal was also dismissed. 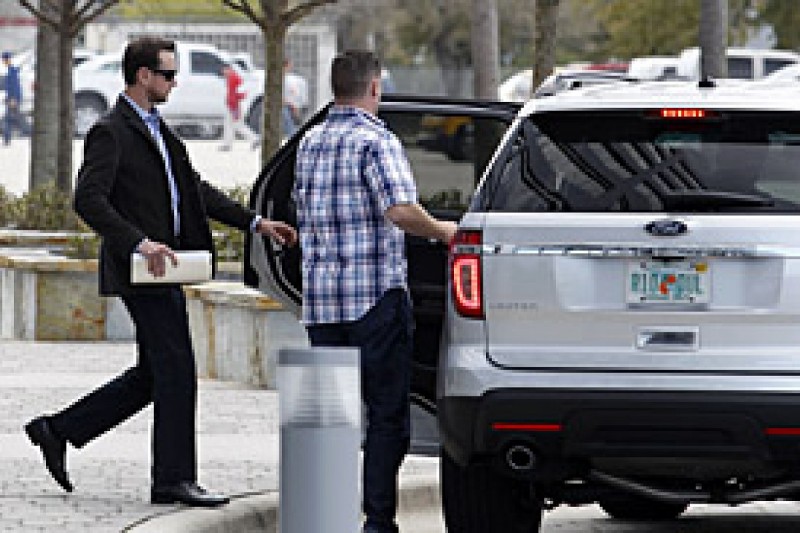 "The appellant violated the rules set forth in the penalty notice and the decision of the National Motorsports Appeals Panel was correct;

"The penalty was within the scope of the guidelines;

"The decision of the National Motorsports Final Appeals Officer is final and binding on all parties.

"Kurt Busch now has exhausted his appeal options under the NASCAR rulebook, and the indefinite suspension remains in effect.

"He will not be allowed to race nor participate in any NASCAR activities until further notice."

Regan Smith will replace Busch in his Stewart-Haas Chevrolet for the Daytona 500 at least.