Denny Hamlin labelled Alex Bowman a "hack" after the pair collided in the race for the lead during Sunday's NASCAR Cup Series cutoff race at Martinsville Speedway.

The two drivers were battling for the lead when they made contact on lap 494 of 501, sending Hamlin's #11 Joe Gibbs Racing Toyota spinning.

Bowman went on to win the race while Hamlin finished 24th, but the veteran still progressed to next week's Championship 4 title decider at Phoenix on points along with Chase Elliott, Martin Truex Jr and Kyle Larson.

Tensions boiled over after the checkered flag as Bowman prepared to do burnouts at the start/finish line following his fourth victory of the 2021 season. Hamlin went nose-to-nose with the #48 Hendrick Motorsports driver and displayed the middle finger before driving off.

Hamlin, who started from the rear after his car twice failed pre-race inspection and also served a pitlane speeding penalty in Stage 1, used his post-race interview to tear into Bowman.

"He's just a hack," he said as the crowd erupted into boos.

"Just an absolute hack. He gets his ass kicked by his team-mates every week.

"He's terrible, just terrible. He sees one opportunity, he takes it.

"He didn't want to race us there. We had a good, clean race.

"I moved up as high as I could on the racetrack to give him all the room I could, he still can't drive." 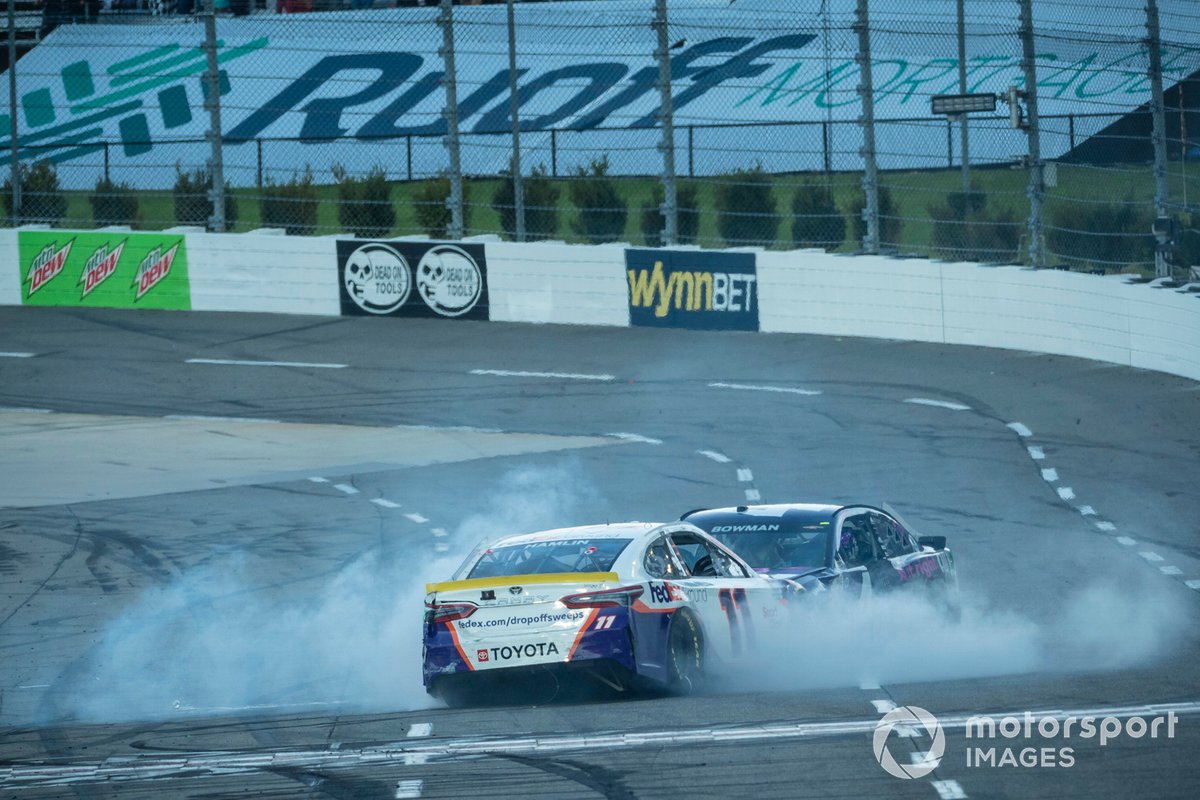 When asked about the boos from the crowd, Hamlin dismissed them.

"It's just Chase Elliott fans, man," said the 40-year-old, who is going for his first Cup Series title.

He then added that it doesn't bother him and he expects they will "boo the shit out of me next week, I can tell you that."

Bowman defended himself and claims there was no intent on his part.

"No, I just got loose underneath," he said.

"I'm not trying to drive underneath there and crash the guy.

"I just got sideways underneath him, spun him out. Hate to do that. Obviously unintentional. Part of short-track racing."