Hamlin won both the Sprint Unlimited non-championship curtain-raiser and his Duel qualifying race last Thursday (pictured), then finished second to Dale Earnhardt Jr in the 500.

He said he lost radio communication with his crew for most of the second part of the race, which was halted for over six hours by rainstorms with 162 laps still to run.

"Our radios got wet after the rain," said Hamlin. "I didn't perform as good as I could have because I was trying to spot myself at the end of the race.

"It's hard to win a superspeedway race when you don't know when runs are coming, when you have to time your passes and everything, especially when you're trying to guard against causing a wreck, knowing you've got radio silence.

"It was tough and disappointing because I definitely could have used my spotter there at the end for the green-white-chequered to possibly time a run on the #88 [Earnhardt].

"I'm in the middle of the pack trying not to cause a big one, trying to hold my line, but yet advance my position to get myself a chance at a victory.

"It's too hard to do it on your own, honestly.

"We were fortunate to finish where we were. I'm trying to look up at the scoreboard, trying to figure out how many laps are left. 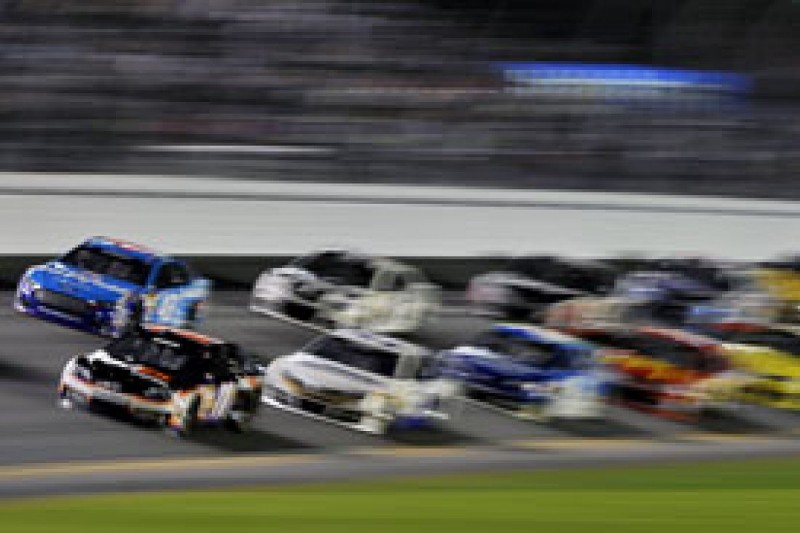 "Not knowing anything that's going on, you start to appreciate what those guys do up there [in the spotters' stand]."

Hamlin also admitted that rivals closed in on his Gibbs team as the Daytona week progressed.

"I think our performance declined a little bit as speedweeks went on by a little bit," he said.

"I think the competition got a little bit better and worked on their cars."