Earnhardt stepped down from competition just before the Loudon race in mid-July suffering from concussion-like symptoms.

After Alex Bowman deputised in that race, Gordon took over Hendrick Motorsport's #88 entry for the Indianapolis and Pocono events, finishing 13th and 27th.

That arrangement will continue for at least the next two Sprint Cup races, at Watkins Glen this weekend - set to be Gordon's 800th start - and Bristol on August 20.

"We have a break in the schedule after Watkins Glen, so the extra week of recovery time will certainly be a benefit," team owner Rick Hendrick said.

"Dale will be back when he's ready, and we're looking forward to that happening, but the priority continues to be his health and wellbeing.

"We'll keep our focus on that and let the doctors guide us." 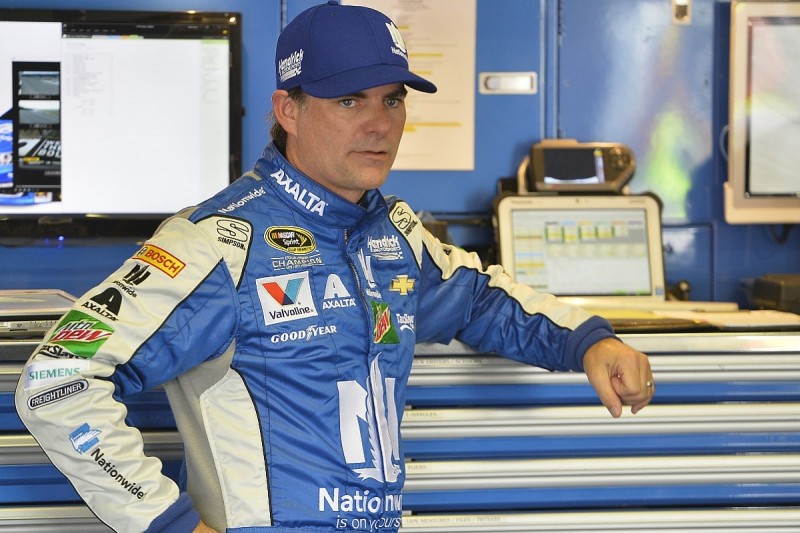 Speaking on his podcast, Earnhardt said earlier this week that doctors believe his latest concussion was sustained in his crash at Michigan in mid-June.

He missed two races due to a concussion in 2012.

"They seem to really feel confident that this occurred in Michigan," he said.

"I've never had a concussion that came on weeks after the event.

"Most of them you feel it immediately and they sort of get better over time. So this has been the opposite.

"This is scary for me because of the way it's been different."

The 41-year-old insists his "plan is to race more", but knows any return is in the hands of his doctors as he continues to battle issues with his balance and vision.

"The symptoms have sort of plateaued," Earnhardt said.

"There are days when I feel like that the balance is better and then there's certainly moments when it's not.

"I'm very impatient and I want change now and I want improvement now.

"I'm constantly texting my doctor, 'tell me you can fix this'."