© 2020 Autosport.  All rights reserved.
Previous / Homestead NASCAR round paused due to coronavirus
Next / NASCAR extends postponements to May

NASCAR has postponed the Atlanta round due to take place this weekend and the next round at Homestead-Miami amid the ensuring coronavirus pandemic.

It was announced earlier in the week that NASCAR would be holding the two events behind closed doors to minimise any potential virus transmission among the public in attendance.

However, given the escalating situation that has resulted in multiple motorsporting categories cancelling or postponing races, most notably including the cancellation of the Formula 1 Australian Grand Prix, NASCAR has also elected to follow suit.

A NASCAR statement read that: "NASCAR has decided to postpone the race events at Atlanta Motor Speedway this weekend and Homestead-Miami Speedway next weekend.

"We believe this decision is in the best interest of the safety and well-being of our fans, competitors, officials and everyone associated with our sport.

"We will continue to monitor this dynamic situation as we assess future race events."

The round at Texas is the following round on the calendar, in which the NASCAR Cup race is set to take place on March 29. 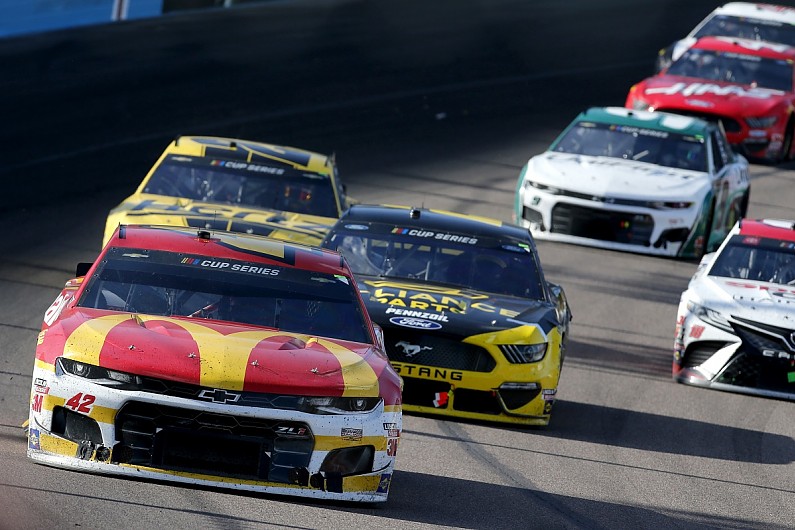 In a previous statement, issued on Thursday as NASCAR was set to close doors to fans, the series "will work with public health officials as we determine future scheduling beyond these events."

As the coronavirus situation escalates, it is currently unknown what future impact it will have on the NASCAR calendar along with the rest of US motorsport.

The IndyCar race at St. Petersburg is set to be cancelled despite also having agreed to go ahead behind closed doors, while the race at Long Beach will also be postponed.

In response to the coronavirus outbreak, the United States has put a 30-day travel suspension on citizens flying from mainland Europe, with a particular emphasis on countries that participate in the Schengen agreement.

This does not include the United Kingdom, Ireland, and other non-Schengen countries.

The NASCAR season is set to end with the play-offs finale at Phoenix from November 6-8, including the Cup Series, the intermediate Xfinity series, and the third-tier Truck Series.