Over that past few weeks, the United States Grand Prix fiasco has been blamed on Michelin, the FIA, Bernie Ecclestone, Ferrari, and even the drivers themselves. Karl Ludvigsen, however, believes the real culprit has been overlooked

Everybody's been blamed for the problems that produced such a sham of a United States Grand Prix. Michelin took a big hit, as did the Michelin-shod racing teams. The FIA has been blamed for not bending its rules to allow a chicane to be built. Bernie's been in the firing line for not engineering some kind of compromise that would permit a real race to be run. Even the drivers have been blamed in some quarters for not being more helpful in the crisis that was Indy.

But the real culprit hasn't been named. The party most to blame hasn't even been mentioned. Most responsible of all for the charade that was the US Grand Prix was the track itself. The Indianapolis track is a dangerous joke.

Grand Prix cars don't like fast bankings. That the decision was made to create the track we're using in Indiana is the heart of the problems that made the weekend such a disaster. Evidence for my assertion is in ample supply. To be sure, most of it comes from Monza. In 1955 the track in the park north of Milan completed a high oval banked track that could be used on its own or in connection with the road circuit. The first time it was used in the latter manner was for the Italian Grand Prix in 1955.

To accustom the GP cars to the new banking they drove on this alone during the Thursday practice. The Lancia D50s, which had just been handed over to Ferrari to race, were immediately in trouble with their Englebert tyres. Nino Farina had two tyres fail on the bankings, one at 170mph that produced a horrendous spin that clouted the Armco and shook up the usually imperturbable Farina. Englebert finally said it was unable to supply tyres that would meet the challenge of the bankings.

An initial proposal was that all the teams be made to stop at half-distance for fresh tyres, but this wasn't implemented on the day for the 312-mile race. Nor could the Lancias be run on other tyres, according to their contract with Englebert. Dunlop offered to help, but this was refused. Thus all three Lancias had to be withdrawn, knocking out the cars that could best have carried the fight to the all-conquering Mercedes-Benz.

In the two races that were run on the banking alone, 500-mile events run in three heats in 1957 and '58, the GP cars were far outpaced by the imported Indy cars, purpose-built for speedway use. In 1960 the Monza organizers again ran their Grand Prix over the full circuit. The British teams took umbrage, saying that tyre changes would be needed and they'd long ago given up their knock-off hubs. As well, they considered the bumpy banked track to be dangerous. It was their decision alone, but the Italian papers blamed Britain's sporting representative, the RAC, for their absence. It's nothing new to have the sporting authorities blamed!

As a result, the 1960 Italian Grand Prix was raced by only nine pukka Formula One cars, of which the three works Ferraris were by far the class of the event. Filling out the field were seven Formula Two cars, roped in to make up the numbers. The Dino 246 Ferraris finished one-two-three, led by Phil Hill in his first Grand Prix victory and marking the last time a front-engined car won a Championship Grand Prix. Not surprisingly, the crowds were muted during and at the end of this success for their home team. The usual mobbing of the cars and drivers at the finish was conspicuously absent. 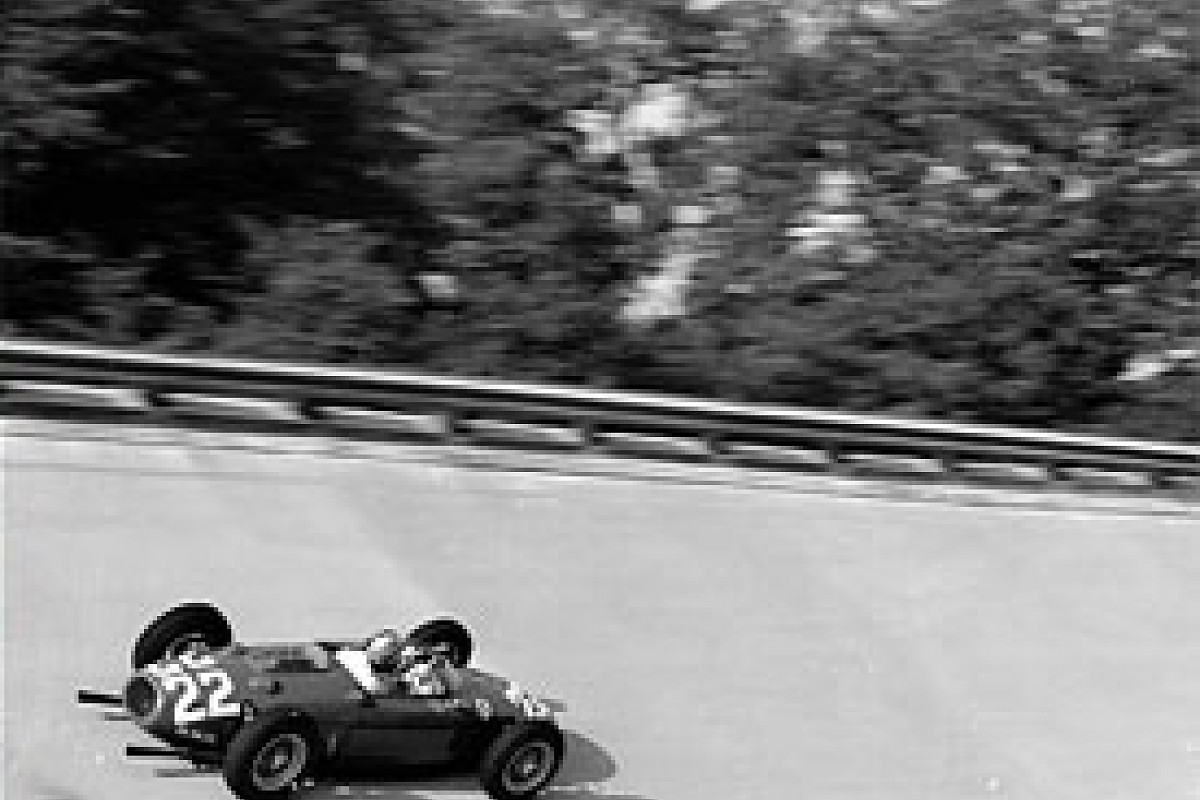 The 1960 race at Monza is all too reminiscent of what happened at Indy. The difference, of course, is that the concerns of the British teams were known before the Italian race, giving the organizers a chance either to give in, and run the race on the road circuit alone, or â€" as they did â€" to fill out the field with cars from a lesser Formula. Nevertheless the two Monza races uncannily foreshadow what happened at Indy. There's just a profound antipathy between Grand Prix cars and banked tracks.

The Indy experiment has failed, and for good reason. The track itself is at fault. I include the road portion, which is a cruel joke. After they first ran the race there, I thought that surely they'd change the infield track's design, perhaps extending the first part and doing away with the stupid go-kart section that precedes the banking. But no, we've had to struggle on with a terrible track that's heartily disliked by both drivers and engineers. As for its vaunted safety, you can ask Rubens Barrichello and Ralf Schumacher about that.

Grand Prix racing only deserves to survive in America if the Americans can come up with a decent road circuit in an area of high population and press interest. I don't exclude the possibility of a real-road circuit, though it will be difficult to meet the safety standards required by racing in the 21st Century. Recent single-seater visitors to Watkins Glen found that even after extensive improvements the historic track offered some daunting safety challenges.

I don't pretend to have the answer. But I do know the question, and that is: How soon can we escape from this awful Indianapolis?