The 2005 McLaren line-up ignited the imagination of fans and pundits last year. The idea of two rising stars battling in equal ground stirred the imagination of those who still remember the days of Ayrton Senna and Alain Prost fighting it out in the same team. But with almost half a season gone, the promise has yet to be fulfilled and the disparity between Kimi Raikkonen's performance and Juan Pablo Montoya's lack of, couldn't be more glaring. Matt Bishop has something to say about JPM

What's up with Juan Pablo Montoya? Why, in a nutshell, does he appear to be under-performing so far this year? What on earth was he up to at Monaco, for example? After all, seen-it-all-before FIA men thought he should have been banned rather than merely penalised after his deliberate go-slow on the usually mega-fast run up the hill to Massanet in that practice session - and at Nurburgring he wasn't much better, either. On a day when all at McLaren were weeping for the 10 invaluable Championship points they thought they'd bagged but saw go up in (tyre) smoke in the most dramatic way just a couple of miles from the flag, JPM had provided only two, courtesy of his lacklustre run to seventh, by way of consolation.

Time was when McLaren joint number-ones (or de facto number-twos) routinely stepped into the breach when their team leaders faltered - the much-maligned David Coulthard being only the most recent in a long line of able super-subs of that nature (John Watson, Gerhard Berger and even Alain Prost come to mind as other examples). And yet, weekend after weekend, Juan Pablo fails to do the business.

Now, before you think I'm writing JPM off forever... I'm not. He's still capable of creating the most amazing turn of speed - indeed, it's not long ago (Brazil 2004) that he out-drove his current nemesis, the one 'n' only Kimi Raikkonen, in a straight (and fabulously exciting) fight to the finish. He will, I'm sure, shine again - his talent is too glittering, and too monumental, for it to be otherwise. It could easily happen in Montreal this weekend.

But, in truth, it needs to. For you can't help wondering whether Ron Dennis may already be secretly wondering whether the US$15 million-a-year salary he reportedly pays the Colombian is just a little too much of a good thing. Okay, even that royal stipend is a good US$5 million less than Kimi gets, but it's still a very big whack of wonga for a team whose one-time money-no-object philosophy has recently been replaced by as keen a devotion to cost-cutting as you'll find anywhere the sunny side of Sauber, Jordan and Minardi.

Moreover... here are two interesting factoids that Ron might care to ponder on the flight to Montreal:

Factoid 2: Last year BMW-Williams's race-driver salary bill amounted to about US$25 million; this year, it's more like US$5 million. Frank Williams has said, on-the-record and often, that his team have benefited greatly from the US$20 million 'windfall' that losing Ralf and Juan Pablo has bestowed upon them. And although Sir Frank hasn't gone on to voice the obvious corollary to that - namely, that Williams are well-rid of that troublesome twosome - he has allowed that, well, no-one at Grove is going about bemoaning the loss of their two erstwhile stars. Indeed, Williams's engineers and marketers, who found both Schumi Jr and Montoya very hard work indeed - are palpably delighted with their industrious and ever-accommodating 2005 duo of Mark Webber and Nick Heidfeld.

I used the word 'corollary', above. Well, factoid 2 is a kind of corollary of factoid 1, isn't it? Put bluntly, a team who spend too much on drivers cannot always spend enough on development, whereas a team who don't spend much on drivers more often can. QED. 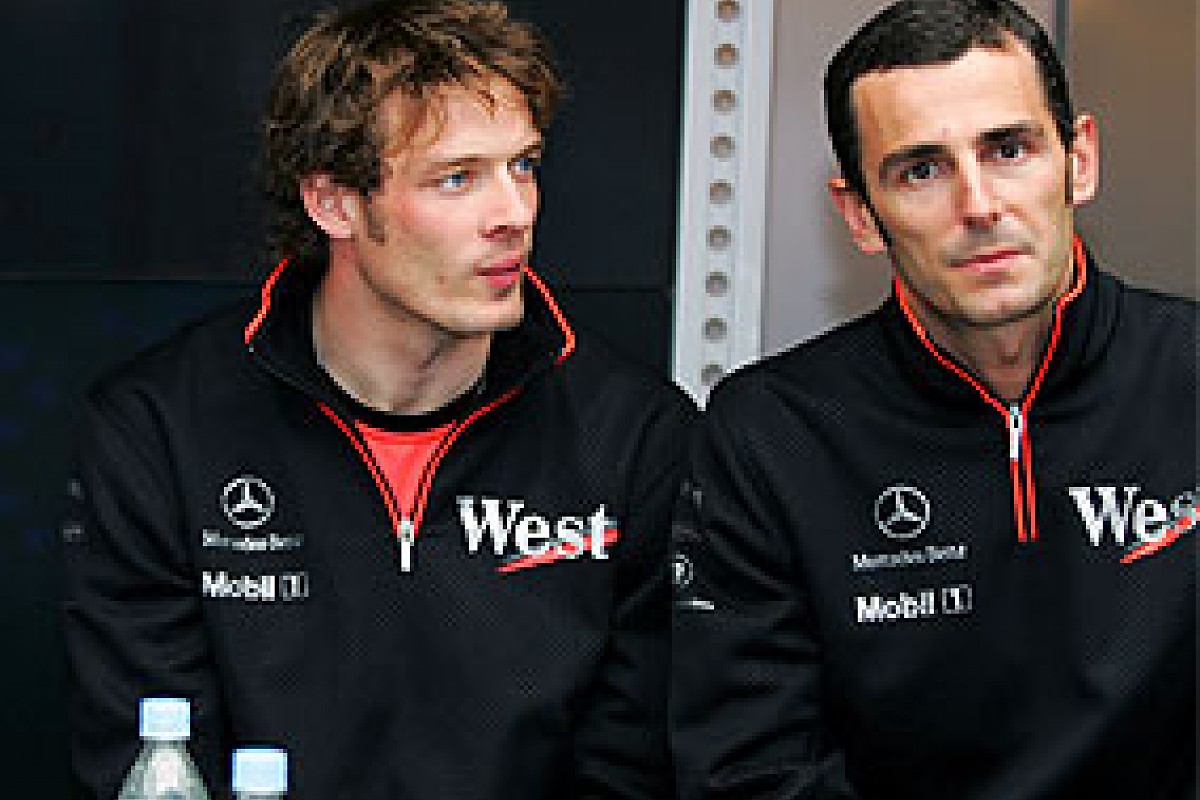 And if the team who are, perhaps, now spending too much on drivers (McLaren) have two comparatively cheap alternatives on their books, too - drivers, in fact, whose combined income is probably around 10 per cent of what Raikkonen-Montoya costs them - and if those two drivers have each shown themselves to be perfectly effective super-subs, in the grand McLaren tradition, when they were called upon to fill the breach (Pedro de la Rosa in Bahrain and Alex Wurz at Imola)... well... it probably makes you think a bit when you're preparing for a Woking board meeting, doesn't it?

Another, final, thought: early last year I asked Dennis whether, perhaps, he had opted to hire Montoya in order to keep him from the clutches of Ferrari's Jean Todt. The McLaren chairman's answer, couched as ever in wonderfully elaborate Ronspeak, amounted to something like "Yes". Well, it was closer to "yes" than it was to "no", anyway.

Since then, also on the record, Todt has made no secret of the fact that he has little interest in Montoya. No, Todt's, and Ferrari's, number-one target is... Raikkonen.