Yamaha "believes in" Vinales more than he does himself

Vinales enters his fifth season with the factory Yamaha squad in 2021 coming off the back of a largely difficult 2020 campaign.

Though a winner at the Emilia Romagna Grand Prix, Vinales only scored two further podiums and ended up sixth in the standings as the leading 2020 M1 rider - with Franco Morbidelli on the lesser 'A-spec' Yamaha just 13 points from the title in second.

Vinales in the latter part of the season cut a dejected figure, admitting at one point it was "impossible" to think about winning on the 2020 M1.

Speaking during Yamaha's 2021 launch event on Monday, Meregalli said: "It's true that sometimes that I can see that Maverick has the fire in his eyes, but it's easy for him to lose this fire.

"And when I say that I feel and I think that I believe in him more than himself, it's because I can see he's approaching races and also how he can approach other races. 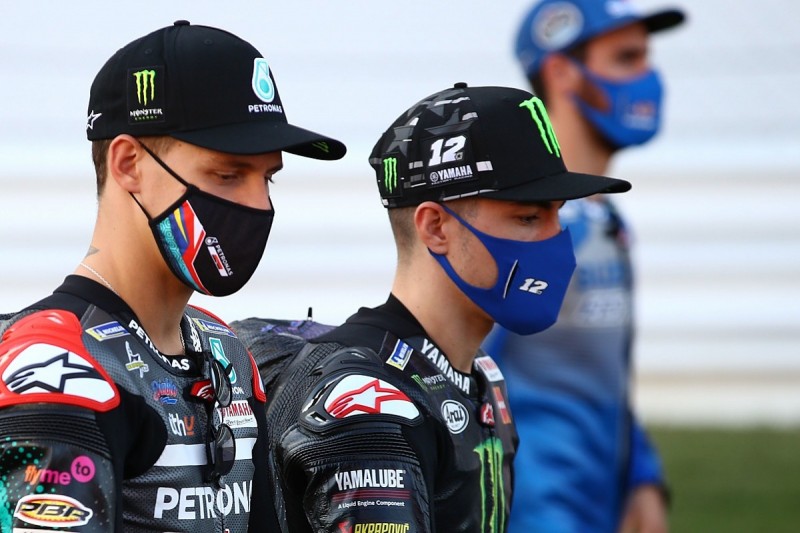 "For sure, we can give our support to try to help him to be more balanced in his behaviour.

"And for sure the bike aspect is very fundamental for him, because when he sees he can't ride the bike as he'd like it's easy for him to lose the confidence.

"We are pretty sure what we are going to bring to Qatar for all the riders will definitely be a step further from last year's bike.

"I'm confident because I'm seeing many times what we are doing and I think we all did all we can to prove that this year we will start as a really serious contender."

Vinales admitted he knew he could be "difficult", but feels Yamaha management "understands" him.

When Autosport asked what Yamaha's support of him meant, Vinales replied: "It means everything.

"For sure they can blame me, like sometimes I blame Yamaha. We can do because we are not perfect every race and every day.

"For me it means everything that the team I have has my back, is pushing me, supporting me, this is what I need actually to give all my potential to take out all my talent.

"I think the most important thing right now is to feel good and test the bike well."