Last weekend at Valencia, MotoGP bade farewell to Dani Pedrosa, a rider once considered to be the only one able to dethrone Valentino Rossi, and the greatest to never win a premier class title

Pedrosa made his world championship debut in 2001 in the 125cc class after competing in the Movistar Activa Cup, getting special consent from Dorna as he did not turn 16 until that September.

After Pedrosa became 125cc champion in 2003, and then took the 250cc title in both '04 and '05, Honda gave him the opportunity to be the leader of its project to reclaim the world championships.

That was a hard era for Honda, as it didn't manage to find the formula to recover from the trauma of losing Rossi - who had joined Yamaha in 2004 after feeling undervalued by HRC.

Pedrosa's team-mate Nicky Hayden was paradoxically the man who clinched the title the same year that Pedrosa was starting his adventure in the premier category, benefiting when Dani suffered a knee injury in a crash at Sepang.

The Spaniard was the spearhead of a new generation of riders who arrived at the highest level to put an end to the era of Rossi's unchallenged dominance. 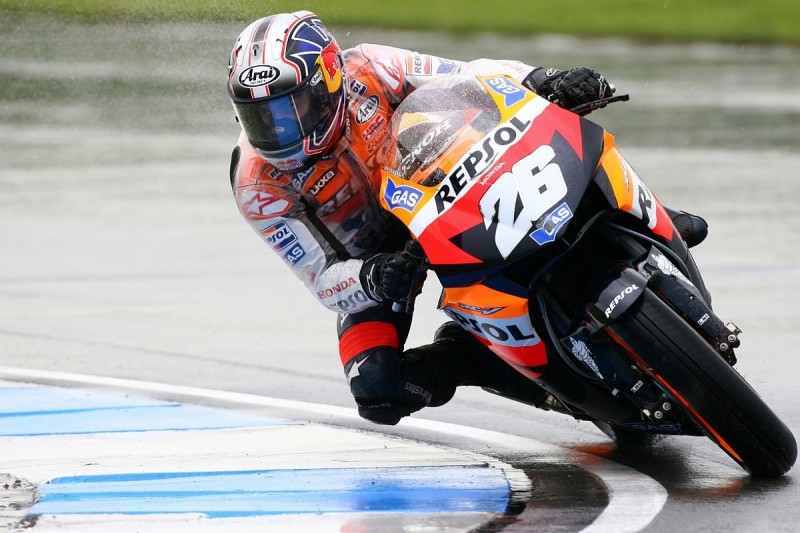 Riders such as Casey Stoner, Jorge Lorenzo and later Marc Marquez joined the ranks of MotoGP's 'aliens' - the term given to a group that seemed a class apart from their rivals - after Pedrosa. But while the rest of that pack all won titles, Dani's big moment never quite arrived.

That hasn't stopped his talent from being recognised, and ahead of his MotoGP farewell race at Valencia he was named a 'MotoGP Legend' - becoming the 28th member of that elite club.

Pedrosa's statistics are the best evidence of his talent: he sits eighth in the all-time race winners' list in 500cc/MotoGP, tied with four-time champion Eddie Lawson.

His 31 race victories is the highest tally for a rider without a MotoGP title, ahead of such greats as Kevin Schwantz (25), Wayne Rainey (22) and Kenny Roberts Sr (22).

Pedrosa ended his career as a race rider last Sunday at Valencia, his best track, the place where he has got the most victories (seven times across all categories).

Many people will miss his pure and clean riding style, others won't. But in any event, the Spaniard will be remembered as the last uncrowned king. There are few champions as admired and respected as him.