Maverick Vinales has revealed his change in MotoGP crew chief from Esteban Garcia to Silvano Galbusera was a Yamaha decision but admits splitting with his friend Garcia “hurts”.

Yamaha announced on Thursday that Vinales would work with ex-Valentino Rossi crew chief Galbusera from this weekend’s Catalan Grand Prix after a “mutual” parting of the ways with Garcia.

Garcia was Vinales’ crew chief in his title-winning Moto3 season in 2013 and became his Yamaha crew chief from 2019 after the Spaniard split with ex-Jorge Lorenzo crew chief Ramon Forcada following a similar form slump.

Vinales says he has not been “on my maximum potential” for the past three or four rounds, having failed to reach the podium since his Qatar GP win at the start of the season.

After discussions with Yamaha the Japanese marque elected to replace Vinales’ crew chief, which is a decision he “trusts” but concedes his strong personal relationship with Garcia has made it tough.

“I spoke with Esteban about this because first of all he is my friend,” Vinales said on Thursday at Barcelona.

“We have a very good relationship, I went many times to his house and I know his wife, his daughter, I know them very well.

“For sure our relationship will continue, even if he is not my crew chief because he is more than just a crew chief.

“He’s one of my friends and that change for me also hurts. 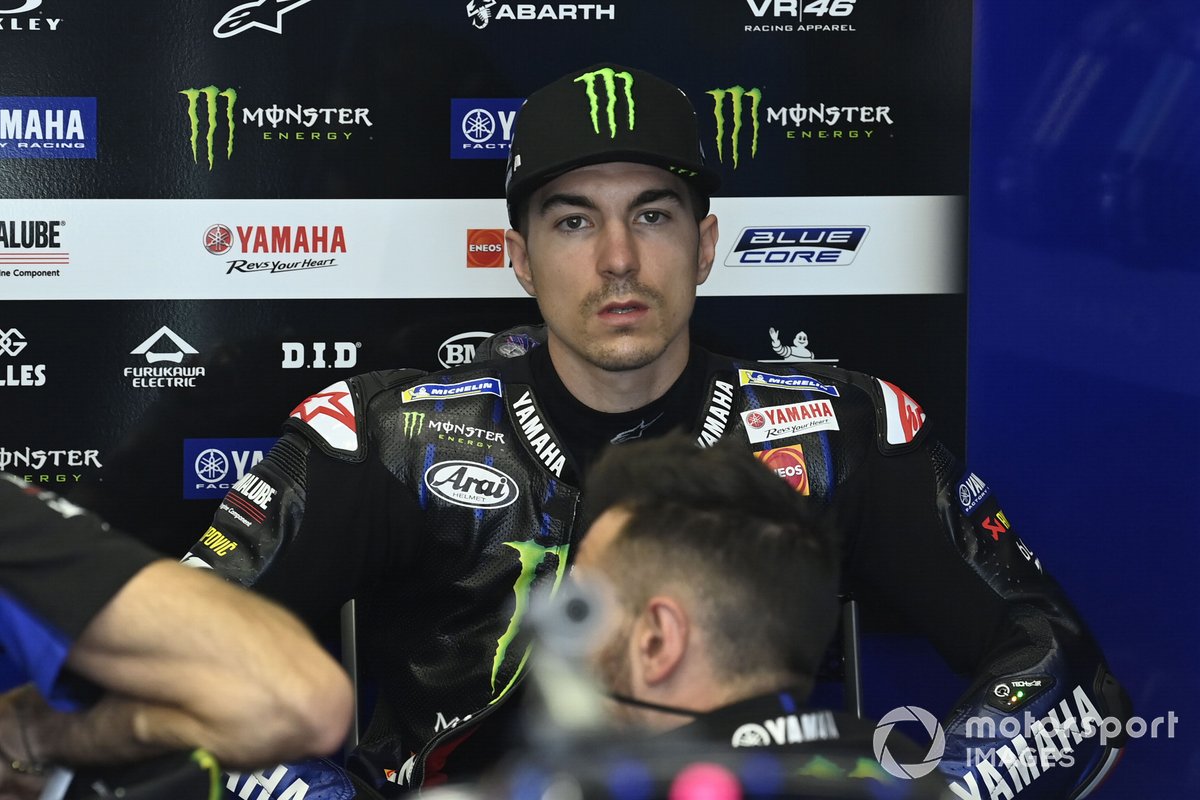 “But in another hand I understand very well that we need to take out the maximum, we have our team-mate who is winning and we are doing top 10.

“So, for sure sometimes we show a very high potential and what Yamaha is trying to do is to bring me to that potential.

“It is what we need to do, basically we need to right now focus, find a good balance on the bike because it was a little bit hard the last three races.

“And continue working because we know we can do it.

“Somehow for me it was pretty unexpected and quick, but Yamaha wants me to give the maximum.”

With team-mate Fabio Quartararo winning three of the first six races in 2021 and leading the championship by 24 points, Vinales admits his form in comparison means “something is not working”.

When asked by Autosport if his latest crew chief change meant he no longer had any excuses, Vinales replied: “I never had excuses, honestly. I just have facts and the fact is when the bike is working and I can take out the maximum I’m able to win the race.

“So, this is the fact. We have our team-mate that is winning every race and we are doing top 10, so something is not working, and I start in Mugello for example in FP1 quick, normal, I felt good.

“And then step by step I felt worse and worse. So, the only thing what I can say is Yamaha had a quick reaction, I didn’t expect that for me and I trust a lot the team.

“I think Yamaha was working really hard and they invest a lot of me. So, basically I trust in Yamaha, I will work strong as always and work hard.”