The pair made contact in the middle of Saturday's wet Q2 qualifying session, after Yamaha rider Vinales caught up with the cruising Honda of Marquez at Turn 2.

Vinales ran wide and as Marquez went alongside him on the inside, Vinales rejoined the racing line, resulting in contact.

Both riders stayed on their bikes, but Vinales was forced to abandon his flying lap.

Marquez later apologised, saying it was a "misunderstanding", but Vinales said he believed such a move was "hard not to do on purpose".

"Marc was in the middle of the corner and then he stopped with my bike," said Vinales, who qualified 11th.

"When exiting Turn 2, Marc wanted to brake on my bike, not to make the turn.

"It's hard not to do that on purpose.

"It is now clear to me where the limits are.

"It's a qualifying situation, if I have to do it in the future, I will.

"If Marquez looks for me, he will not find me." 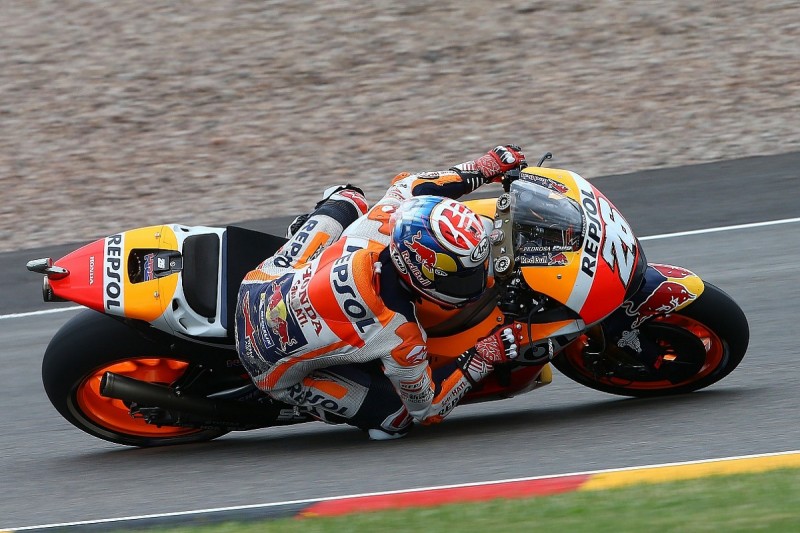 Marquez's works Honda team-mate Dani Pedrosa was involved in an incident with Karel Abraham in third practice, when the Czech rider was going slowly on the racing line trying to pick up a tow.

Citing other riders' complaints about Abraham, Pedrosa said the Aspar Ducati rider was "totally out of his depth".

"We have seen he has annoyed several people, and he's a rider who always has this attitude.

"Besides, he never says sorry, as if he has done nothing wrong, and pretends he is right.

"I think he has to think more carefully and have a better attitude on track."