Rossi and team-mate Maverick Vinales have repeatedly stated that Yamaha's electronics remain the manufacturer's weakness, and the Italian suggested after last month's Barcelona test that an attempt to fix the bike's acceleration issues had not worked.

The Assen round at the start of July marked the one-year anniversary of Rossi and Yamaha's most recent MotoGP victory.

Having expressed fears that Yamaha might need another season to recover its form, Rossi said he thought Yamaha could still win a race in 2018 but added he did not expect that to happen before "the last part of the year".

"It has to be said that me and Maverick have earned quite a few points, with some podiums, and he has also managed to get a second place," said Rossi.

"But it feels like a lifetime ago since we won a race.

"The other bikes have made a big step forward in acceleration with the electronics, and we remain a bit behind.

"Our bike is still great to ride and stable on braking, but we need to see about the second part of the year.

"I hope they work on this point, because the championship is still very long. We hope in the last part of the year we have the potential to win, but it won't be easy." 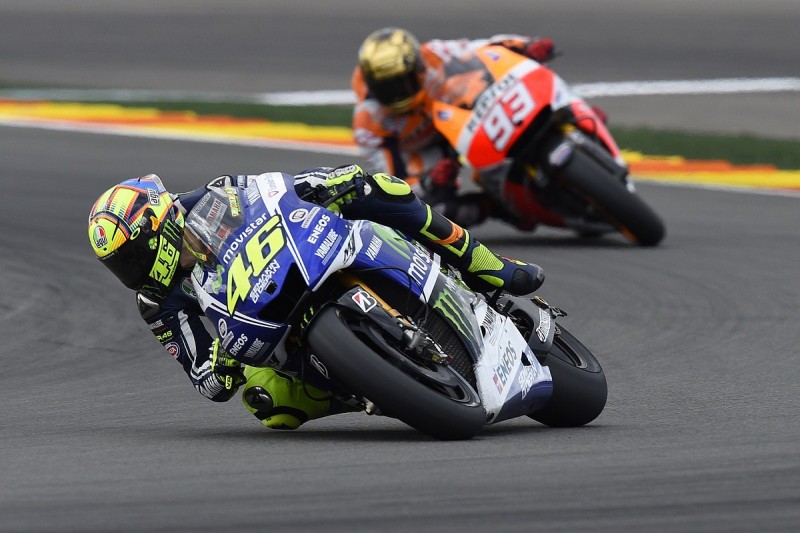 Rossi, who previously said challenging runaway points leader Marc Marquez for the MotoGP title would be "very hard", added the current pattern of results was reminiscent of Honda rider Marquez's dominant march to the title in 2014.

"It reminds me a little of 2014, when Marquez was a little ahead of everyone," said Rossi of the 2018 season, "but I was there [that year] and I finished on the podium many times."