Yamaha announced on Thursday that 39-year-old Rossi is to remain with its factory team for another two seasons, meaning he will continue racing until at least the end of 2020.

The seven-time premier class champion acknowledged that the length of his contract means he risks fading in competitiveness, but said he was keen to avoid retiring too soon and then missing racing.

He cited the example of Schumacher, who quit Formula 1 at the end of 2006 only to end up making a return in 2010, as well as his old MotoGP rival Max Biaggi and World Superbike legend Troy Bayliss. 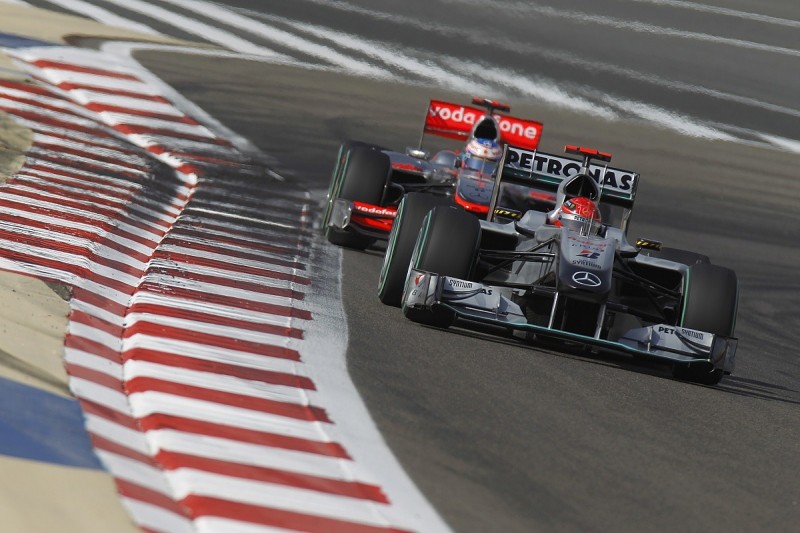 "I saw a lot of great riders, and also drivers, stop at the maximum of their career, like Schumacher, also Biaggi or Troy Bayliss," said Rossi.

"Schumacher and Bayliss came back on the track [after retiring]. So I decided I will race to the end. I don't want to think in the future, 'maybe I can do another two seasons'.

"It can be a risk [that I become less competitive], yes. But if I follow this [logic], I would have stopped already six, seven or eight years ago."

Asked if he had considered extending his Yamaha contract by only one year, Rossi replied: "Yes, we speak also about one by one with Yamaha.

"But you always think about two [years], also for the balance with the contract of the other riders. If you sign you need to be able to do two years, and stay in line with all the other top riders."

Rossi's new contract will mean he will race in MotoGP until the age of 41, but the Italian believes other riders could follow in his footsteps if they remain sufficiently healthy and motivated.

"I think that I'm maybe one of the first that tries [to race into his 40s]," said Rossi. "I think also all the other riders that are here are able to keep the top level until 40.

"Physically, if you are strong, you can. It depends on your motivation, on your life. If you like to continue, I think everyone can do."