While Marquez and Miller's crashes were relatively minor, Pedrosa fractured his collarbone and will miss this weekend's race at least and Laverty has travelled to hospital for a precautionary CAT scan on his head.

Rossi feels a drop from 21C air and 32C ground temperature at the start of the session was a contributing factor.

"About the tyres, the feeling is not so bad," Rossi said.

"The lap times are also not so far from last year's, but this afternoon we unfortunately had a lot of crashes and also some injuries for Pedrosa.

"This is because in the afternoon it looks like the temperature drops down very quickly and after that it becomes dangerous."

Rossi finished the day seventh in the order led by his Yamaha team-mate Jorge Lorenzo, with just 0.381 seconds between them.

"It was a mixed day, because this morning wasn't so bad and I was quite fast, but this afternoon was a difficult practice," he said.

"We tried the harder tyres, but both the front and the rear didn't give very good grip so I lost some feeling.

"At the end we put the softer tyre back in and I improved my lap time, but it wasn't enough because I'm not very happy with the setting and the balance of the bike.

"It is very difficult to stop in braking, so we have to work and try to recover." 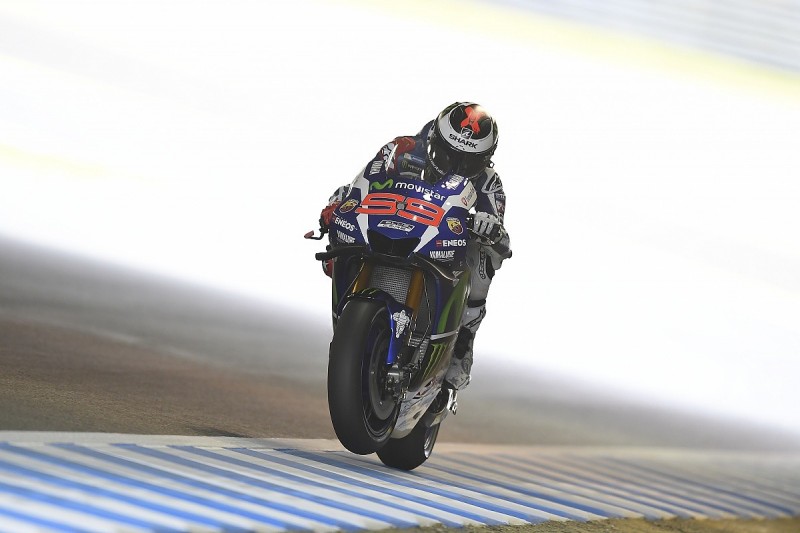 Neither Yamaha rider has won a grand prix since the Barcelona race in June, and Rossi and Lorenzo are split by 14 points in the championship in a fight for second, with Rossi a distant 52 behind Marquez.

Lorenzo, a three-time Motegi winner, echoed Rossi's thoughts on the crashes but was buoyed by his own start to the weekend.

"It's been quite a positive day," he said.

"This afternoon the conditions dropped a lot in terms of the temperature and that's why some riders crashed, because it was quite tricky and you need to be very careful with the temperature of the tyre.

"We were able to improve a lot on the last set of tyres and improved the bike a little bit also in the corners.

"The bike is working quite well and I'm in good shape, so I'm very motivated to make it a good race."