The biggest tech battleground in MotoGP in recent times has come in the form of the holeshot start device first introduced by Ducati in the latter stages of 2018.

Starting off as simply a device which lowered the rear of the bike for the start to improve acceleration by keeping the front wheel down, it evolved into something Ducati riders could use on the fly late on in 2019.

The rest of the field began to develop their own versions for 2020, but the game was moved further in 2021 with Ducati, Honda and KTM introducing a front holeshot device – something Aprilia had previously been using.

Yamaha was left without this for the opening five rounds and caused headaches for Maverick Vinales and Fabio Quartararo – both of whom forced into recovery rides on their way to victory in Qatar and Portugal.

Both have had their pleas heard by Yamaha now as both Vinales and Quartararo, as well as Petronas SRT duo Valentino Rossi and Franco Morbidelli, having the device on Friday at Mugello.

“I’m so happy, really happy because from Qatar 1 every time I made a great result or a pole position or something, I pushed the Japanese engineers [saying] ‘it’s the most important, it’s the most important’,” Quartararo said of the new front holeshot device after ending Friday fourth overall. 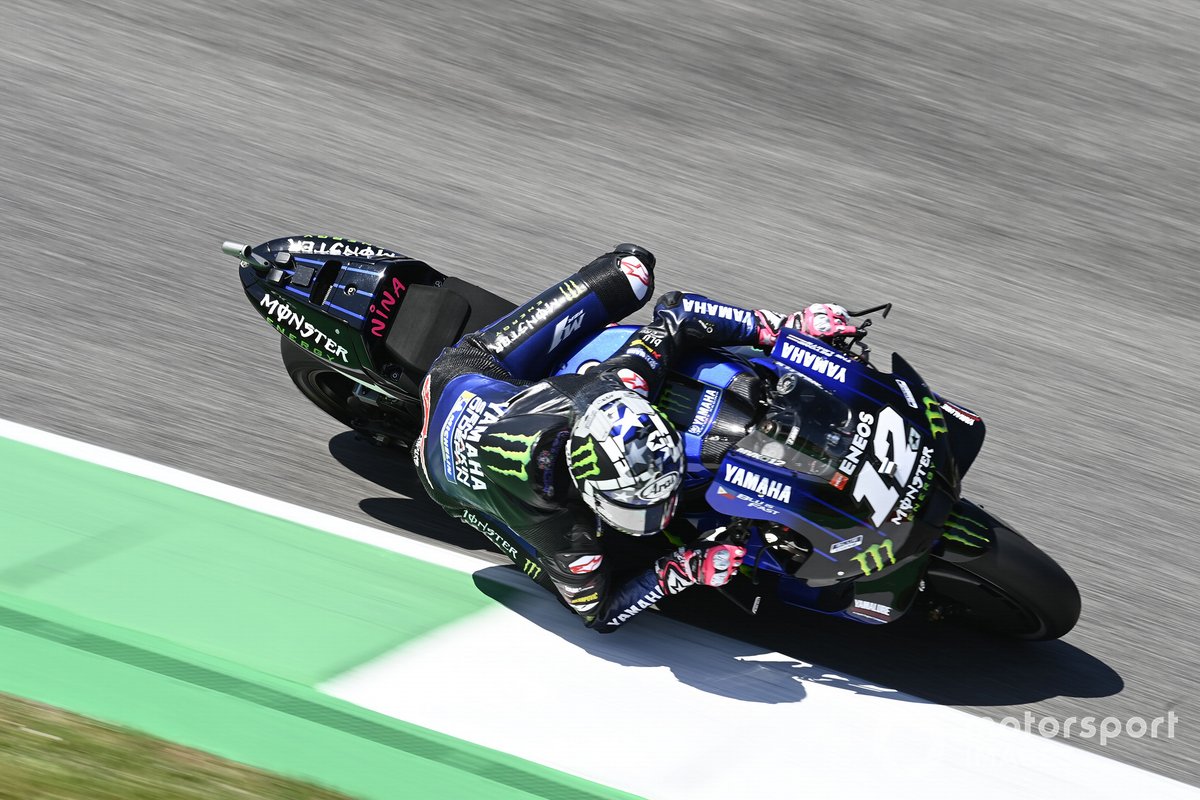 “Now we have no more excuses. Of course, we need to develop it more because it’s our first test, but we already see big improvements.

“So, I’m super happy, so I think we can even make better things.

“So I’m looking forward, but I want to thank Yamaha because they work hard and I think they change a little bit, like more a new style and I really like it and they are doing an amazing job.”

Vinales - eighth on combined times - was similarly enthused by it when asked about the device by Autosport, though admitted he won’t know how effective it truly is until Sunday.

“Basically, we will see on Sunday, but when you are alone you can see it’s much better,” he said.

“It’s a big step. So we need to see it on Sunday with all the bikes, all the stuff.

“But straight away it’s faster. Basically the second part of the acceleration, it makes such a big difference.”

Elsewhere on the grid, Suzuki came to Mugello armed with a “secret” improvement both world champion Joan Mir and team-mate Alex Rins remained tight-lipped about on Thursday.

Mir – who was 11th after FP2 – noted it worked well but would say what ‘it’ was, though Rins spilled the beans. 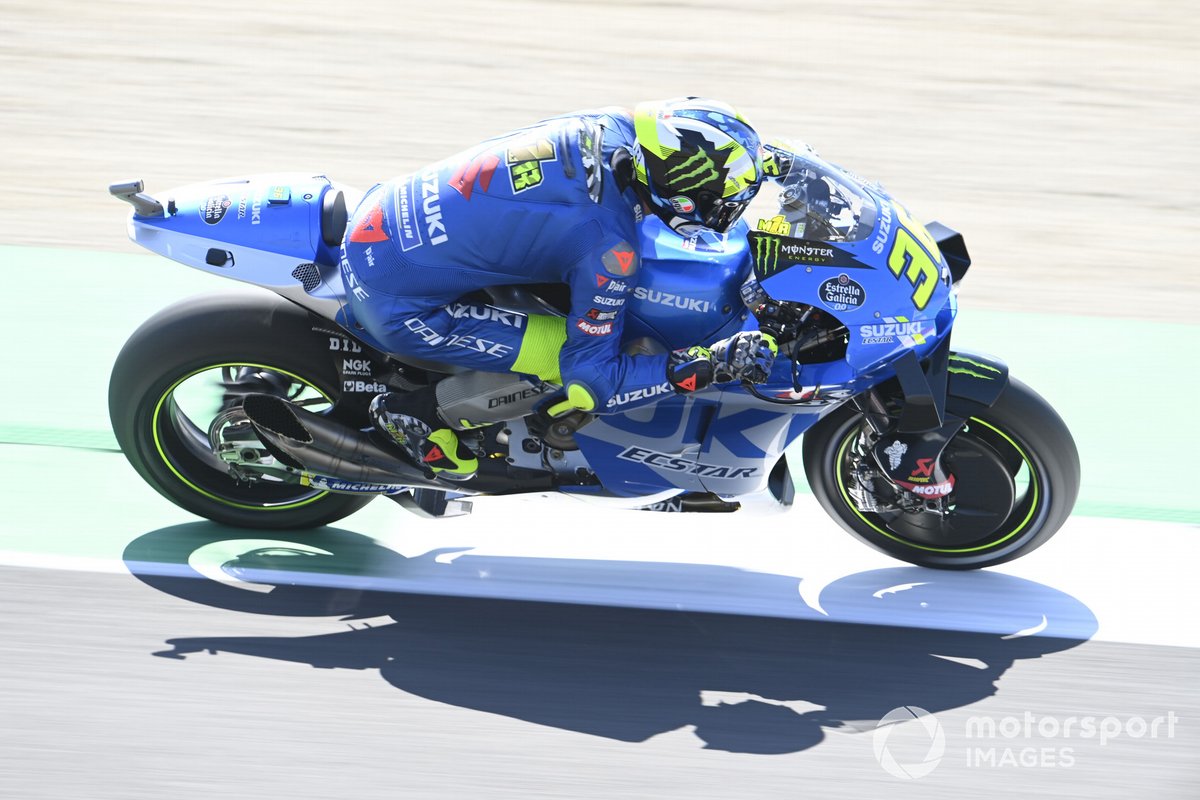 In a bid to improve acceleration – a key issue for Suzuki on MotoGP’s last visit to Mugello in 2019 – and find a little bit more top speed, Suzuki is using a new electronics set-up its Japanese engineers have been hard at work on.

“Who told you that it was on the electronics side?,” Rins replied when probed about it.

“No, it’s working quite well. We improved a bit the electronics side. It’s working good.

“If we put also the better package compared to two years before, we are a bit better in general, everywhere but especially on the wheelie side.

“On the wheelie side going into the last corner I’m quite happy because the last two years we were losing a lot there, and now it looks like I’m doing something to not have the wheelie.”

This new electronics set-up has had a noticeable effect on Suzuki’s top speed on Mugello’s 1.1km front straight, with Rins clocked at 352.9km/h relative to 357.6km/h set by Pramac’s Michele Pirro – which is incidentally a new Mugello speed record.

Compared to Rins’ best speed from 2019, he’s over 3km/h quicker in 2020. A small gain, but crucial if the expected pack race against Ducatis on Sunday materialises.

Finally on the significant tech front at Mugello, KTM is rocking a new chassis and has found some punch from its engines from a new fuel supplier ETS. 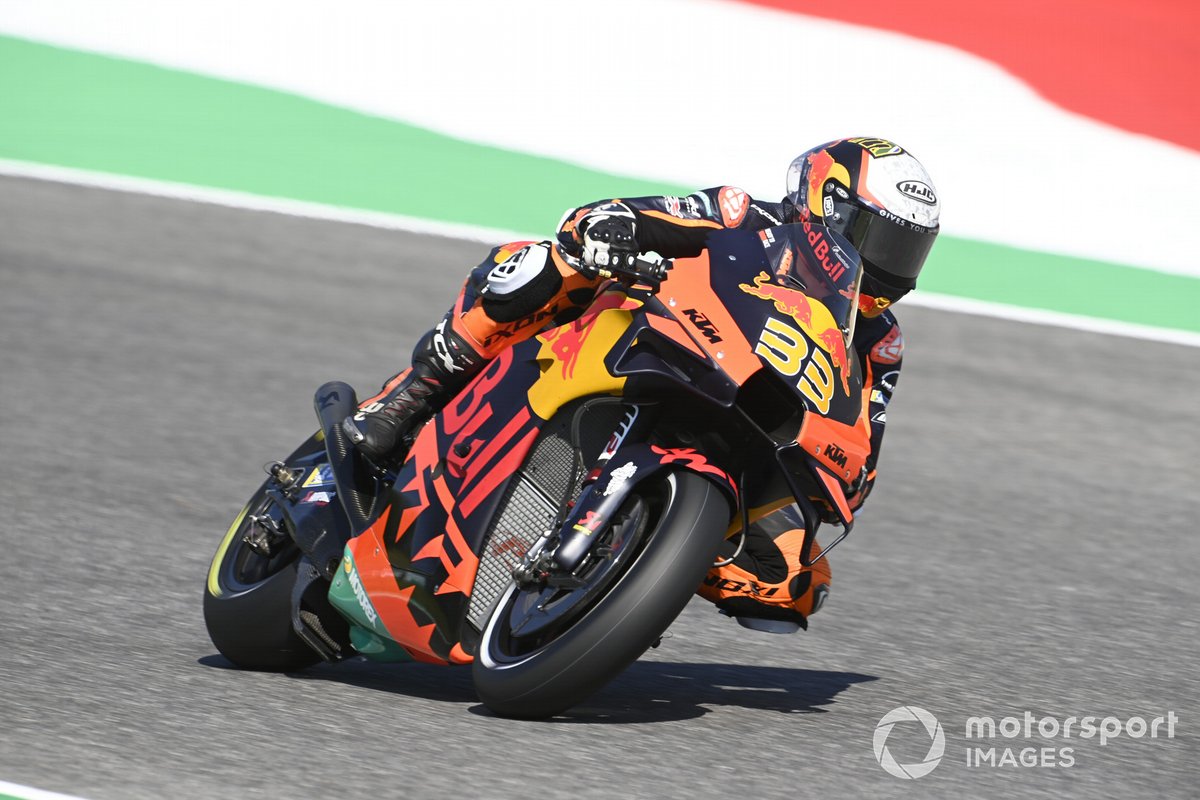 KTM riders have struggled in 2021 largely as a result of Michelin’s front tyre allocation, which has tended to be too soft for what the RC16 needs.

But both Brad Binder and Miguel Oliveira have also had difficulties in picking the bike up and getting it out of the corners effectively, which this new chassis – first tested at Jerez after the Spanish GP - has seemingly addressed.

Both riders completed the top six after Friday’s running at Mugello, hailing KTM’s best day in MotoGP for some time.

“We had a new frame that we tested for the first time in Jerez,” Binder said.

“The goal for this frame was to help us line the bike up a little bit better to get out of the corners better.

“And it seems to work well in Mugello.

“For sure the chassis does help it [top speed] slightly, mostly because it’s helping us to line up the bike better.

“That’s great. But more so than that we got new fuel and this is giving us a bit more speed.”