The key themes to watch during MotoGP's Phillip Island test

With the start of the 2016 MotoGP season now just over one month away, attention this week turns to the second pre-season test at Phillip Island

MITCHELL ADAM looks ahead to the topics that will define the February 17-19 running at the home of the Australian Grand Prix.

CAN ANYONE STOP LORENZO?

World champion Jorge Lorenzo did not just start 2016 well at Sepang a fortnight ago, he started it in blistering fashion.

Testing times are never a bulletproof guide, especially with so many off-season changes, but Lorenzo's average advantage on the two days he topped was 1.005 seconds, with team-mate Valentino Rossi his closest challenger on each day.

The second day, topped by Danilo Petrucci but shaped by limited soft-tyre running, has been excluded from that.

"The lap-times speak for themselves," Lorenzo surmised at the end of the three days.

Not a bad effort for a rider who was sick and barely slept on the eve of the test.

And not a bad way to start a title defence... 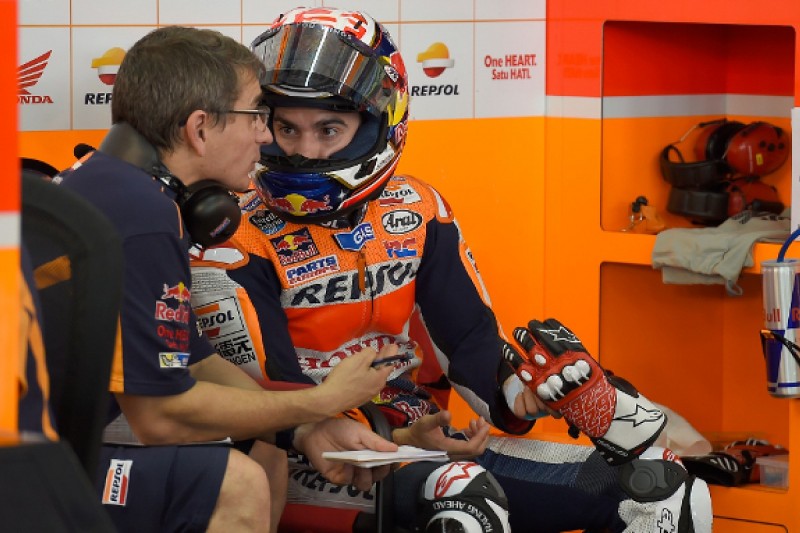 WILL HONDA CLOSE THE GAP?


Marc Marquez and Dani Pedrosa both finished a day of the Sepang test in third place,but 1.303s and 1.096s behind Lorenzo respectively when they did.

Honda went down a wrong development path last year, and the factory team eventually switched back to the more rider-friendly and consistent 2014 chassis fitted with the '15 engine mid-season.

The early 2016 signs are not great, with Marquez admitting "we are still far from where we'd like to be", at the end of the test.

As it looks to get a handle on the new electronics and get closer to Yamaha, all eyes will be on Honda. 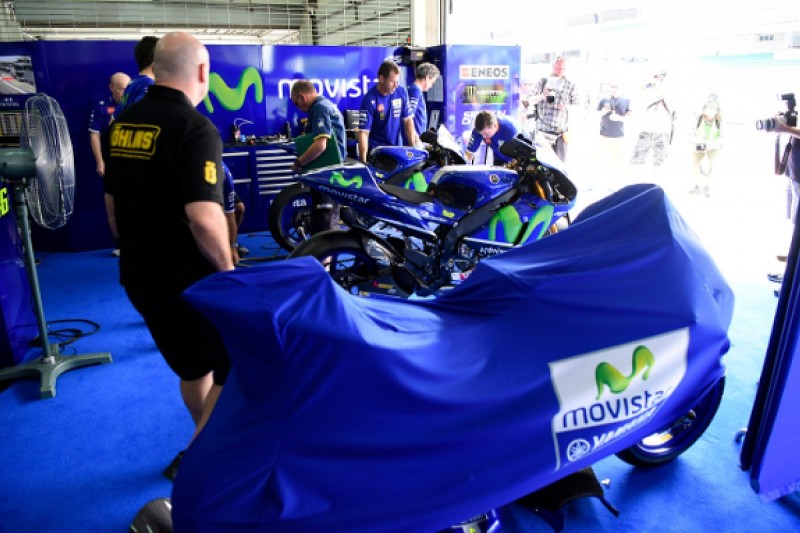 
"In Sepang normally we check or try to find if our development during the season is the right direction or not," Kouichi Tsuji, Yamaha motorsport general manager said during the manufacturer's 2016 launch in January.

"Just to check. Normally our direction is OK. But especially this year, with the two big regulation changes, tyres and electronics, we have never had such a big change in the same season.

"That means we will try to find the direction, how we have to develop the bike, in the Sepang test."

Armed with what they learned about 2016's new control ECU and Michelin tyres in Malaysia, the focus will firmly be on learning new bikes and establishing those development directions this week. 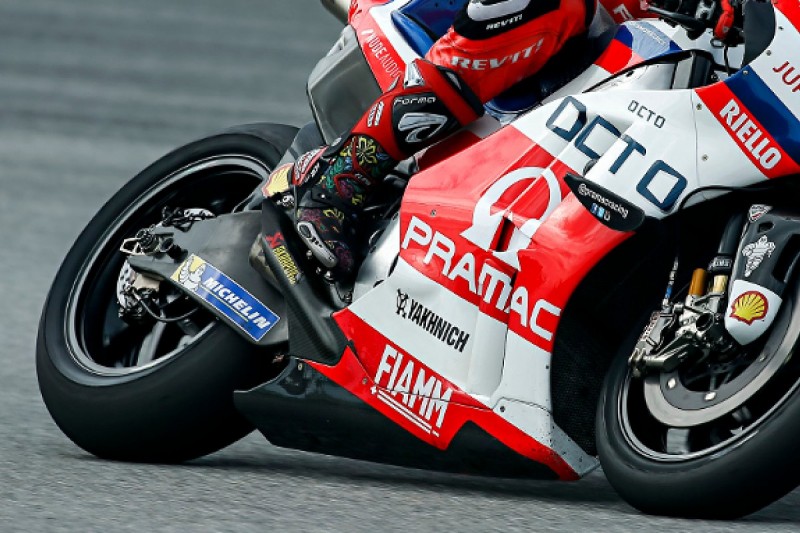 
All of the talk heading into the first test was about Michelin's front tyre, which riders finished 2015 saying needed work.

Michelin duly went away and improved that over winter, reflected by comments from riders, but they finished the Sepang test with question marks about its soft-compound rear tyre.

Loris Baz had one of those tyres blow on his Avintia Ducati on the main straight on the Tuesday at 180mph, and the compound was withdrawn for the balance of the test.

Investigations are continuing, and new tyre pressure guidelines and sensors will come into effect this week. 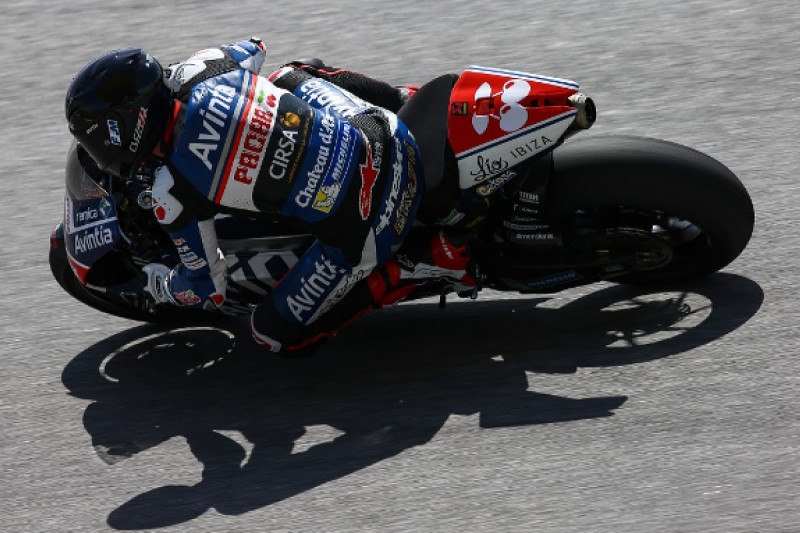 
Baz's crash on the second day and rain on the third day took time away from teams desperately looking to come to grips with MotoGP's new electronics and Michelin tyres, let alone their own new hardware.

Tech 3 Yamaha rider Bradley Smith completed the most laps of any rider during the Sepang test, 179 over the three days, including the only visible race simulation, on the final afternoon.

Riders will have an extra two litres of fuel to use over a race in 2016, but they lose much of the automatic adjustment that the factory ECUs provided, covering elements such as traction control.

Many teams spoke about not getting through their full programmes in Malaysia, and race distances will be on the cards this week. 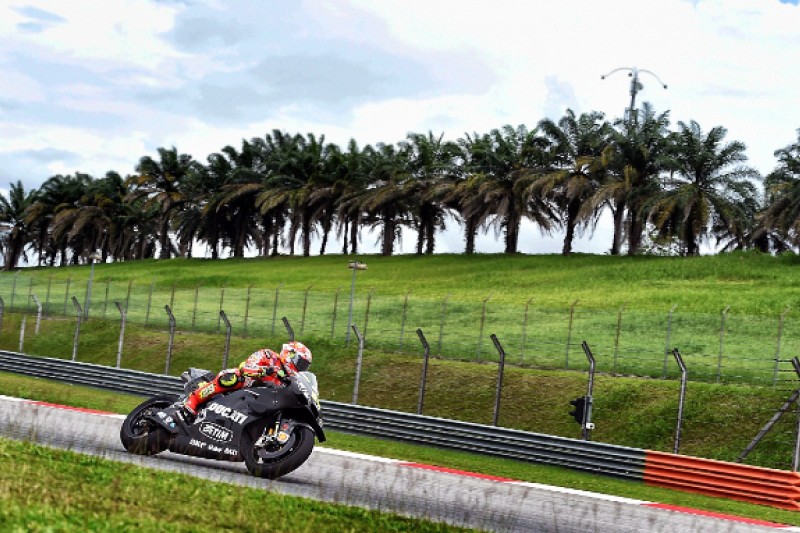 
Casey Stoner hogged the limelight for Ducati in Malaysia, as you would expect with a two-time world champion sharing the track with Lorenzo, Rossi and co. for the first time since the end of 2012.

The Australian set the fastest time on a factory Ducati - the 2015 variant - and even when you take out the soft-tyre times on day two, Petrucci finished ahead of Andreas Iannone and Dovizioso each day on his satellite Pramac GP15 each day.

Iannone and Dovizioso had low-key tests, and the team cited technical issues on the final afternoon as a factor in the pair finishing eighth and 13th, on the final day, with Iannone's best GP16 time 1.643s slower than Lorenzo.

There'll be no Stoner in Australia, but still plenty of intrigue surrounding Ducati.