The Suzuki MotoGP team has ruled out fielding satellite machinery for the 2020 season, but has not closed the book on running customer GSX-RRs the following year

Suzuki has never had a customer team in the MotoGP era, but has been keen to expand its project since returning to the premier class in 2015.

A deal to link up with the Marc VDS team for this year was thought to have been close to being agreed, but internal strife emerging during last year's Spanish Grand Prix led to that agreement falling apart - with Marc VDS pulling out of the premier class for this year.

"The satellite team is unlikely to happen before 2021," Brivio said.

"We are in talks with the factory, in order to get everything that is needed at a logistical level and the material to cover those two extra bikes, but things are going slowly."

Project leader Shinichi Sahara confirmed in a press conference at Brno on Friday that Suzuki will not be supplying customer bikes next year.

"Suzuki is studying about having a satellite team, how to prepare, how to organise that," he said.

"But we haven't reached any conclusion yet.

"It's for sure we will not have a satellite team next year, but in 2021 [it's possible]. We are still studying." 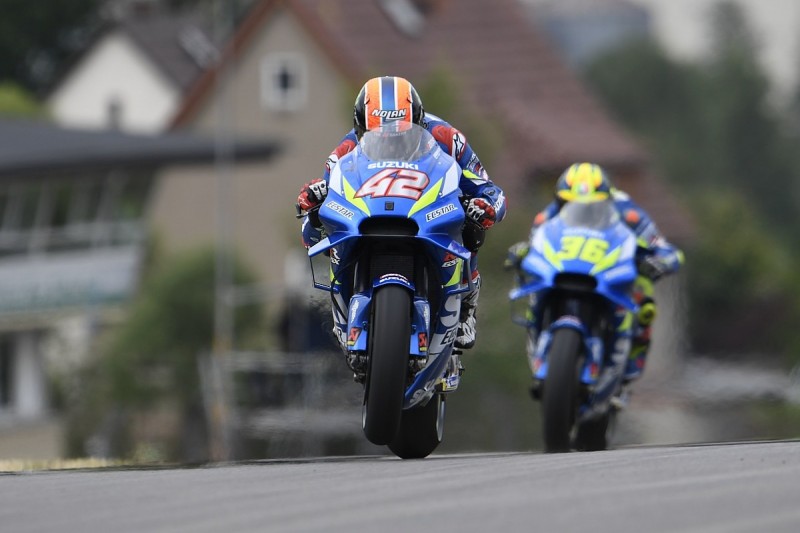 Suzuki also faces the problem of finding a satellite team to partner up with, as most have strong ties with their respective factory counterparts.

It could look at other teams outside of MotoGP, with the SAG Moto2 team rumoured to have been interested in a step up to the premier class in place of Avintia.

However, Avintia has a deal with Ducati which extends to the end of next year, and is likely to remain on the grid beyond that after announcing a new two-year deal with Tito Rabat this week.

Suzuki joining forces with a team not in MotoGP presently is still a possibility in the future, but it is thought the final two places on the MotoGP grid have been reserved by Dorna for Valentino Rossi's VR46 team - which currently competes in Moto2 and Moto3 - should he choose to enter it once retired from racing.

Yamaha duo not writing off 2019 MotoGP campaign yet