Redding had only finished one of six days of pre-season testing outside the top 10 when he headed to Qatar last week, and was inside the top five in the opening two sessions.

The 23-year-old finished the final day as Jorge Lorenzo's closest challenger in second place, and the only satellite rider inside the top six.

Having admitted he doubted his future in MotoGP during a tough first two seasons in the class, Redding said he was pleased with how he capped a strong winter.

"I wanted to push hard to see my potential," he said.

"I was strong with the new tyre but I set my best time on lap 10 with a tyre that had 15 laps already. And the race is not much longer.

"I am very happy, I feel that the confidence is coming.

"In these days we also had two bikes and this gave me the opportunity to push without having any worries.

"[For the] Qatar GP? When I say that my goal is the top six some start to laugh.

"I'm proving to be able to stay at that level and I will try to do even better."

After two seasons on Hondas, 2016 is Redding's first on a Ducati, and he feels the Desmosedici is a better fit in every aspect.

"Since I first got on the Ducati I felt much better in positioning," he told Autosport.

"Initially, the position felt a bit strange compared to the Honda, but that's normal.

"On the Ducati, it's mainly that I fit in the bike nicely, I don't have to worry about where my elbows and arms are.

"I can just ride and think about where I can brake and improve.

"It's like giving me seven or eight things I don't have to think about when I ride the Ducati." 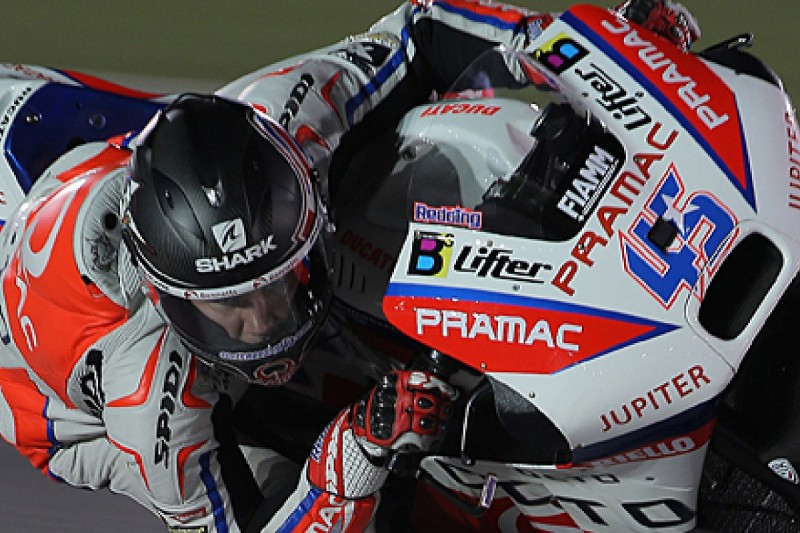 MotoGP races will be tougher in 2016, reckons Valentino Rossi