When asked if Yamaha's up-and-down 2017 campaign could benefit from a third rider using its latest bike, Rossi said: "For sure yes. But the difficult [thing] is you have to go very fast.

"Not a lot of people can make this laptime.

"[Test rider Katsuyuki] Nakasuga is fast, because he won a lot of times in [All-Japan] Superbike and [the Suzuka] 8 Hours, but he's not like us.

"During the season a lot of time the Tech3 riders [Johann Zarco and Jonas Folger] demonstrate a good feeling with the 2016 bike, also because they are good riders.

"They are strong, and like in Le Mans Zarco and [in Germany] Folger ride in a great way.

"He's always able to fast, keep the rear tyre, so the riders make the difference and we have to congratulate them." 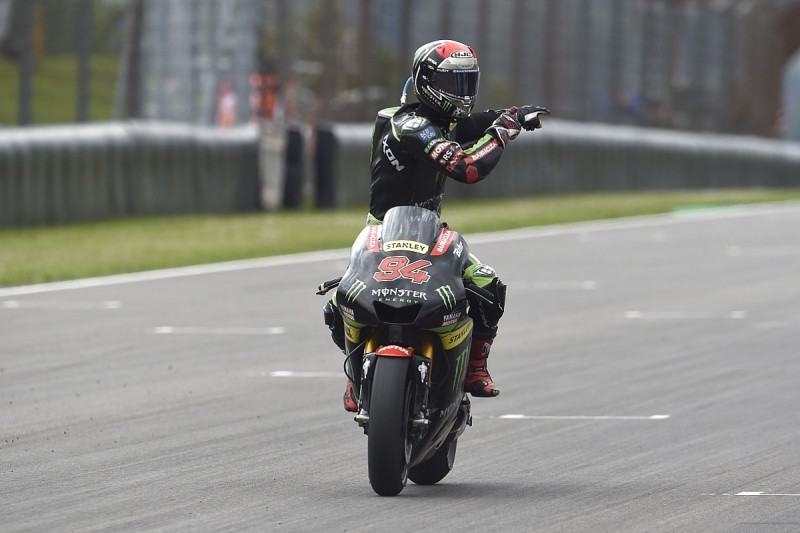 This month's Sachsenring race marked the second time in the last three events that the best Tech3 rider finished ahead of both Rossi and Maverick Vinales, as Folger took second place behind winner Marc Marquez.

The previous instance came at Barcelona, where both Rossi and Vinales struggled on the low-grip track surface, but the introduction of a new chassis at Assen has led to a small upturn in fortunes, with the Italian winning his first race of the year at the Dutch track.

Asked if being beaten by the satellite Yamaha riders was a worry, Rossi replied: "No, I'm happy because if we didn't have the new chassis, [it would have been like] Jerez or Barcelona.

"We have to try to arrive in front of the satellite bikes, but on the other side in the championship, we are in front.

"So in nine races we make more points than the satellite bikes. We are in a good way."