Bagnaia and factory Ducati team-mate Jack Miller were the only two riders to use the hard front in Sunday’s cold race at Misano, with the latter crashing out on the fourth lap.

Leading the race for the first 22 of 27 laps, Bagnaia was making his choice work and resisting pressure from eventual race winner Marc Marquez, and was on course to keep his title hopes alive with Fabio Quartararo only set to finish fourth.

But Bagnaia crashed on lap 23 when he lost the front of his Ducati through the Turn 15 left just as Miller did earlier in the race, handing the title to Quartararo.

Rossi has spoken before about trying to influence Bagnaia’s tyre choice in races, and believes the Ducati rider should have run the medium front instead – even though Bagnaia later admitted he didn’t feel comfortable on that compound.

“I’m a little bit angry with him today because I think if he put on the medium front I think he could win, because he was the fastest.

“But this is what I think. He had a great chance to keep open the championship.

“It was anyway difficult, but to bring it to Portugal was important. But it’s like this, but I think Pecco, Franco [Morbidelli], also Luca [Marini] will be very strong next year.” 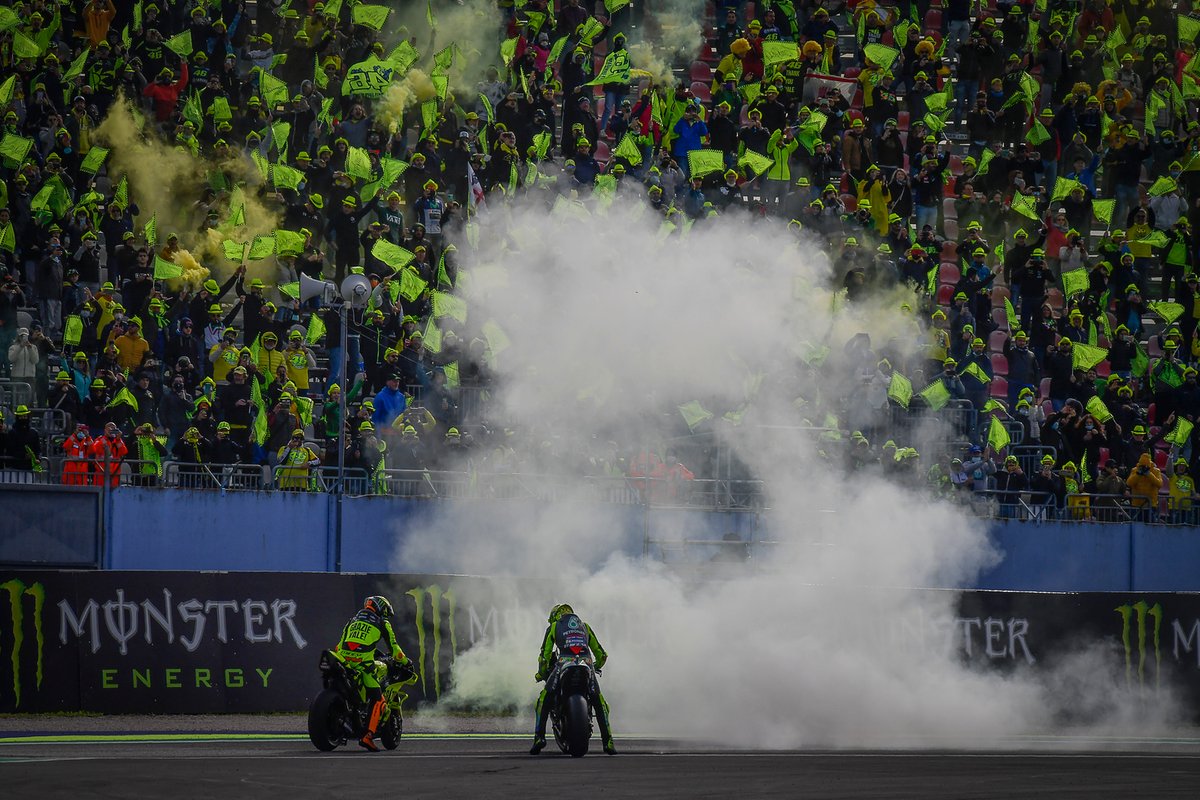 Rossi made his final MotoGP appearance on home soil on Sunday and came through from last on the grid to claim just his third top 10 finish in 2021 in 10th.

The nine-time grand prix world champion felt it was the “best way to say ciao” to his home fans.

“I’m happy about today because I did a decent pace,” Rossi added.

“I’m very happy, it’s the best way to say ciao. I didn’t want to make a bad race and stay behind, so I tried to stay concentrated, and starting from the back of the grid is always difficult.

“But I felt good with the bike and the tyres, I know that if it’s full dry my potential is better.

“I was able to make some overtakes, to have some battles until the last lap and in the end I arrived in the top 10.

“So, it’s the best way to say ciao to all the crowd because there was a fantastic atmosphere around the track.

“There were a lot of fans, it was a sunny day, so I’m happy. It was good, it was very, very emotional.”