Suzuki’s Alex Rins says he is “still confident” despite back-to-back crashes in the last two MotoGP races as “everything is there” for him to be competitive.

Rins crashed out of second while fighting Yamaha’s Fabio Quartararo for the win in last month’s Portuguese Grand Prix, before tumbling out of the lead group on lap three of last Sunday’s Spanish GP at Jerez.

As a result, Rins’ title hopes have taken an early knock as he slips 43 points off the championship lead in ninth.

Rins copped some criticism after his Portugal crash having made similar mistakes while running in prime positions in recent seasons – though responded in an interview with Autosport’s Spanish language version of Motorsport.com that he would have backed out of his fight with Quartararo if he felt he was on the limit as he’s “not an idiot”.

When asked by Autosport last weekend if he felt under pressure following his recent falls, Rins said: “I’m still confident, the pace is there, everything is there.

“I’m just missing the qualifying. It’s not normal to see always the Suzukis on the third row, fourth row.

“So, let’s change something. For sure I will be more and more focused on the qualifying, pushing on the limit. We need to change this.” 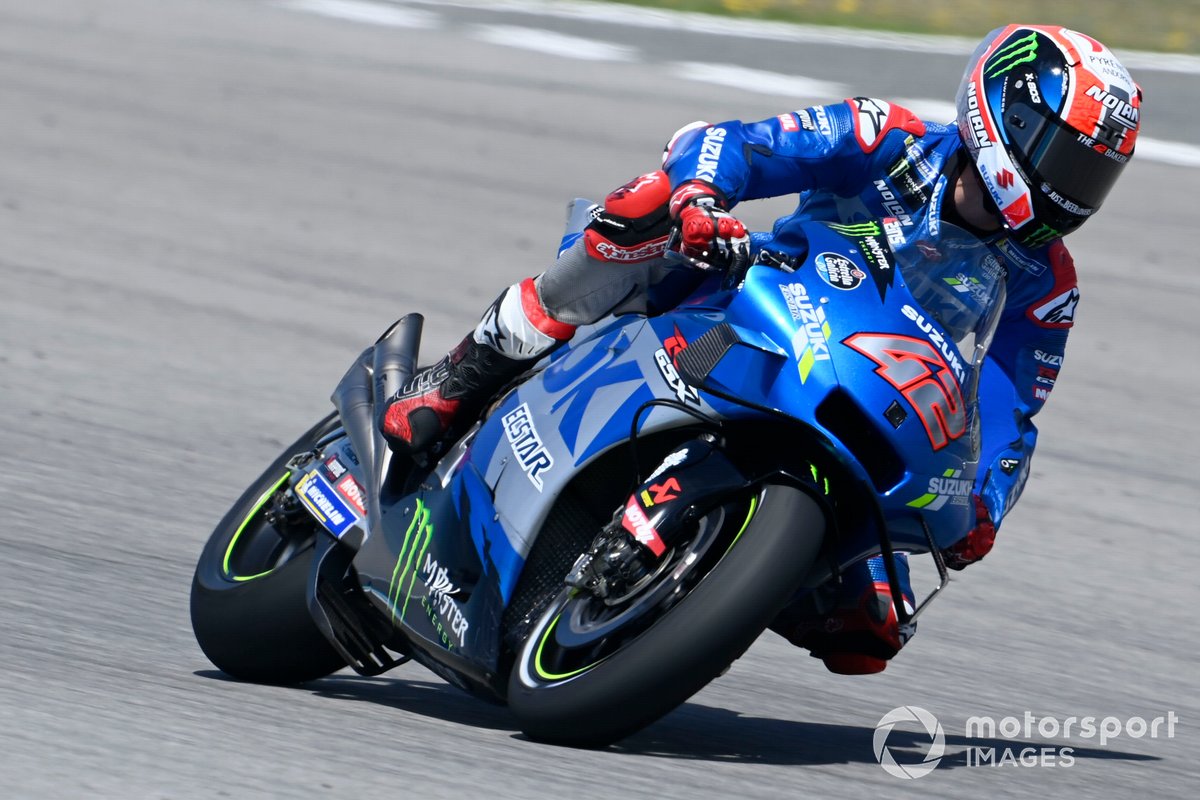 For the third race in four so far this year Rins qualified on the third row as single-lap form still largely eludes both Suzuki riders in 2021.

Explaining what happened in his Jerez crash, Rins says it was “bad luck” as he got unsettled over a bump on track on the way into the Pedrosa hairpin at Turn 6.

“What happened? I think everybody saw, I crashed,” Rins added.

“It was bad luck, because we are exiting from the right corner from corner five, then we go right, left, right again from corner six.

“Always we pass through like one hole that we jump a little bit.

“So, I don’t know if it was because of a full tank or we managed bad the braking point.

“But I braked so hard, the rear went up and in this moment I was releasing brakes and braking again.

“So, I go wide and on the dirty side I lost the front.

“It’s a shame, especially looking at the pace after the race, because even with one winglet – I lost one wing – I was able to be really fast, let’s see one tenths, two tenths faster than the first guys.

“We need to keep pushing, we are passing through a bad moment.”

Rins ended Monday’s post-race test early to have a check-up on the right shoulder he broke at Jerez last July, having aggravated it during in Saturday’s practice.

He has since undergone treatment and is set to make a full recovery ahead of the French GP next week.

A brief statement from Suzuki read: "As you know, last Monday Alex Rins left the test earlier to get a check on his shoulder.

"The exams returned a light inflammation that has been treated with an infiltration and now some rest.

"The expectation was to have a full recovery within a few days and so far it is proceeding well."