Suzuki’s Alex Rins says he could have qualified better than ninth for the MotoGP Qatar Grand Prix “with more balls” on his best Q2 lap on Saturday.

Rins was the only Suzuki rider to make it into the second part of qualifying directly from practice having felt like he’d made an improvement on one-lap pace on Friday.

But the three-time race winner admits he found it “harder” on Saturday to be as strong in time attack mode and could only manage ninth, 0.718 seconds off the pace.

“Not fantastic, but not bad,” he said of his qualifying form.

“Sincerely, my feelings compared to [Friday], yesterday I was able to do it a bit easier.

“Today I don’t know if the track condition was a little bit different or what, but was harder.

“So, for this reason, we are a little bit closer. But tomorrow we will try to do a good start and a good recovery.

“Still, it’s difficult, still we are a bit far away at 0.7s from the first. But with more balls I was able to be a bit faster.”

Commenting on the race, Rins admits it has been “difficult” to make a strategy as the true pecking order is still unclear. 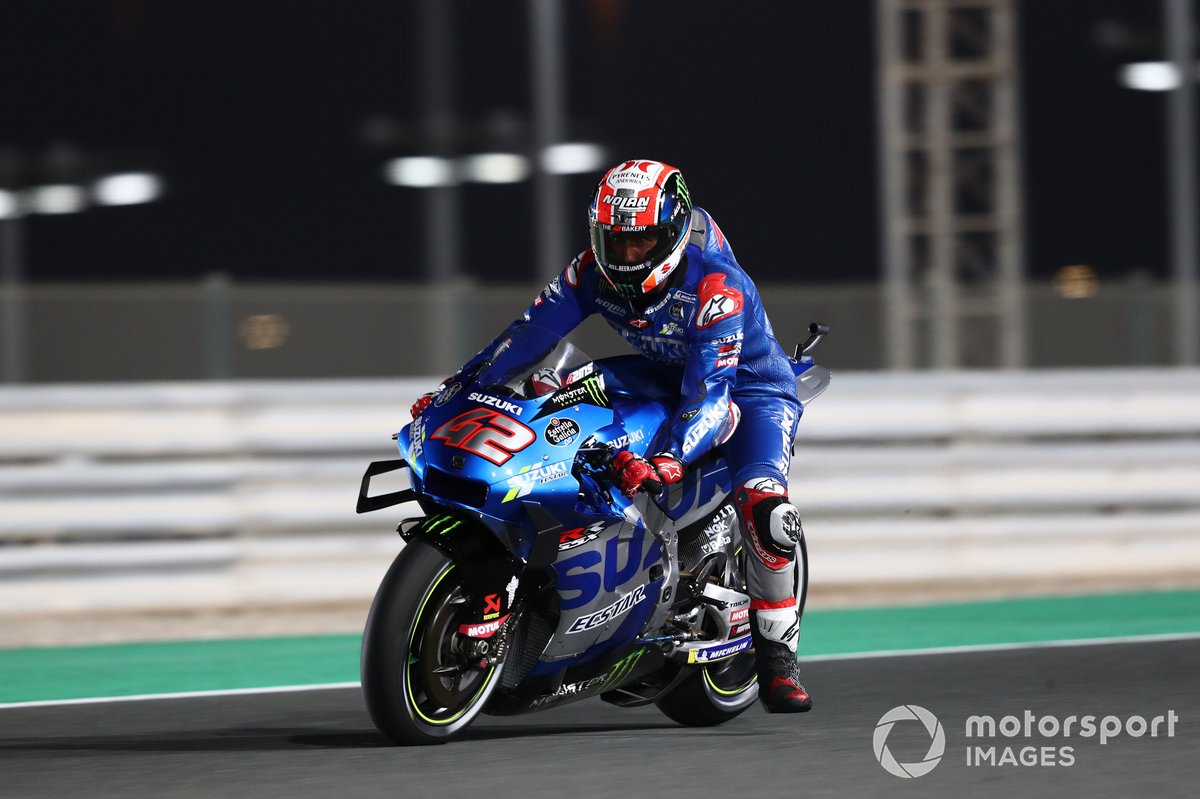 “I try to make a bit of a plan with my engineer and was difficult because still it’s not clear, the pace of the other guys.

“So, for sure we need to do a strategy because if we push a lot on the beginning we will destroy the tyres.

“If this plan doesn’t work, the plan B is to go full gas. If we look at the results, for sure it looks like there will be no podium for me.

“But in the race everything changes. In FP4… I’m saying this without knowing very well the laps on the tyres, but in FP4 the two Ducatis were behind me.

“We don’t know exactly the race prediction, but what we know is I was riding quite easy in FP4. So, I’m comfortable and I’m feeling strong for tomorrow.”