Quartararo has been very critical of Yamaha's lack of development with its engine for 2022. Having lacked power for several years, it remains the slowest bike through the speed traps.

But Yamaha has started to work in a different way for 2023 in regards to engine development, bringing in ex-Ferrari Formula 1 engine boss Luca Marmorini as a consultant.

Yamaha publicly debuted its 2023 engine prototype at the post-San Marino Grand Prix test on Tuesday and Wednesday this week, which was headed by Quartararo.

The Japanese marque's new motor was clocked through the Misano speed trap at 298.3km/h – matching Aprilia's Maverick Vinales and only just shy of the 300km/h Pramac Ducati's Jorge Martin set.

While admitting that top speed was done in a slipstream, Quartararo says the average speed was very encouraging.

"Happy we got confirmed the engine was a big improvement," he said.

"This morning I took a good slipstream behind Franco [Morbidelli] and top speed was really good.

"I'm really happy, we work on the electronics this morning because the character of the engine is slightly different. 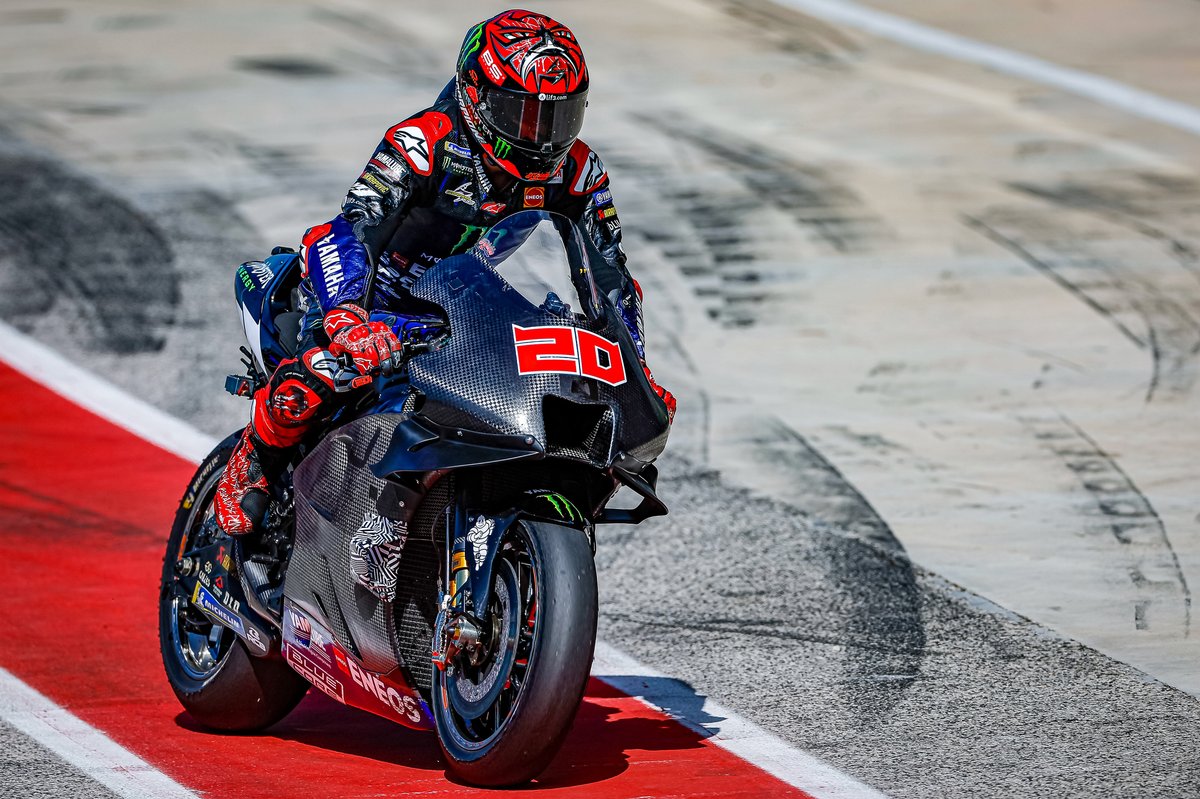 "Now it's difficult to know something. I made a 1m31.3s with a tyre of 26 laps, at the end you can put a new tyre and you don't even feel it. But really happy, for the first test with a prototype I've made a really good pace and it looks good.

"298km/h was on the slipstream, but the average we did over the day was also good. 298 was not every lap, but if you check the average it is good.

"The wind was also changing. Looking at the others it is great to see our top speed is increasing quite a lot from this year."

Quartararo says Yamaha still wants to work on the new engine but doesn't know if there is much more to come from it, while noting that the character of the new motor hasn't changed significantly.

"I will not say no if they have margin to improve," he said. "It is quite nice because it's only September and there's still a few months before pre-season tests and Portimao.

"We have still Valencia, we don't know where we go for the winter test but normally Sepang and Portimao.

"We will still have tests to do and hopefully more top speed [to find]. The character changed a bit but I'm not lost.

"Of course, we still need to work a little bit more on the first part of acceleration.

"The bike is a bit more lazy than aggressive, this is the thing we worked on this morning. This afternoon we will do aerodynamics, we'll focus on this setting."