Honda came to the 2022 MotoGP season with a radically overhauled bike aimed at fixing the rear grip problems it has faced in recent years, with the package met with initial praise from its riders in the pre-season.

But one podium aside in the season-opening Qatar Grand Prix, Espargaro has failed to get near the top five all year as grip problems continue.

Ahead of the summer break, Honda boss Alberto Puig said the Japanese marque “needs to change its way of thinking” in order to dig itself out of its woes.

But Espargaro – who is set to return to KTM with Tech3 next year after signing a two-year deal – doesn’t feel the race team has much support from the factory back in Japan at this moment.

“What bothers me is that Honda is not speaking out, that there is no reaction,” Espargaro said after struggling to 14th at the British Grand Prix.

“I don't see that Honda is very concerned. I don't know what to interpret.

“The worst thing is that a manufacturer like this does not show its muscle.

"Five years ago, it seemed unthinkable that the Japanese brands would gradually struggle, and that the Italians would fly.

“It was something that could not be foreseen.

“The problem is that I have no idea what Honda is thinking; I don't know if what is happening here is coming to Japan.

“At first glance it doesn't look like it because we are not getting the material we need to improve the bike.” 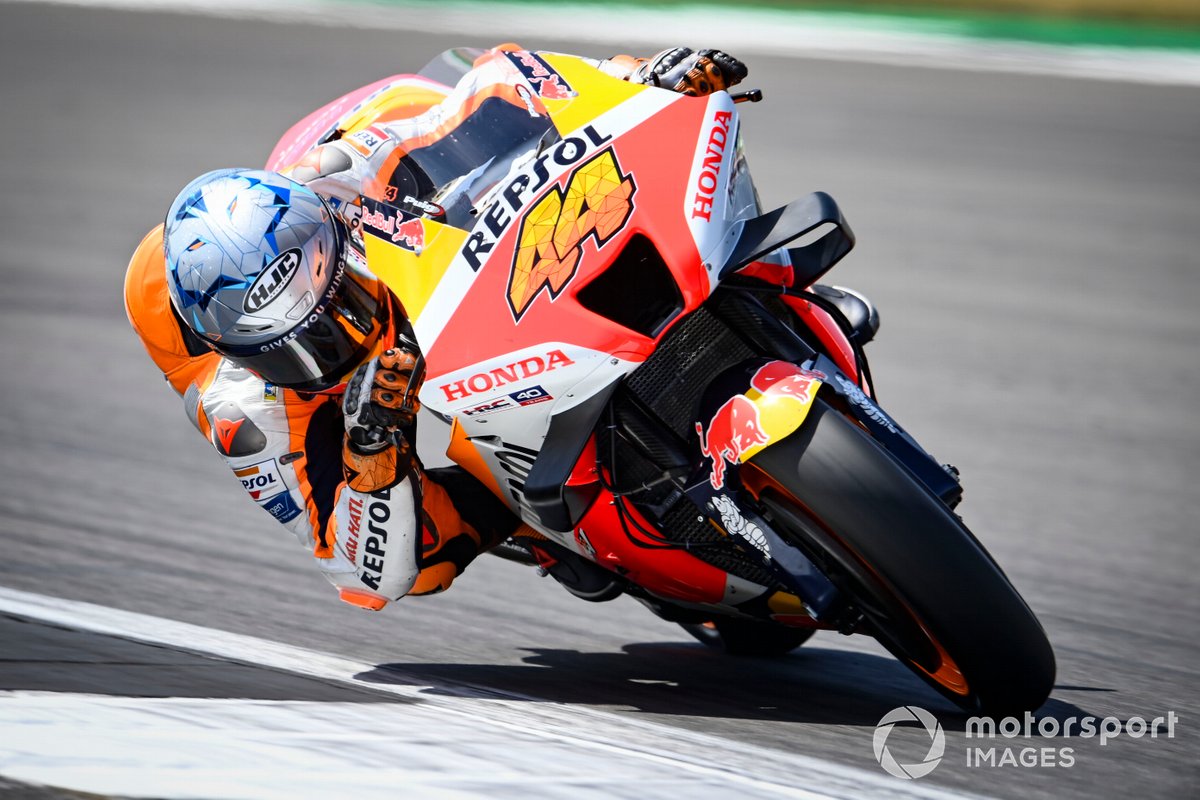 On the other side of the factory Honda garage, Stefan Bradl – who is replacing Marc Marquez as he continues his recovery from a fourth major arm operation – says his racing is impacting HRC’s test programme.

He also suggested Honda’s Suzuka 8 Hours endurance race campaign – which it won last weekend – hasn’t helped the MotoGP side either.

“Yeah, it’s a problem for sure,” he said when asked if him racing was causing issues with the test programme.

“They are testing in Japan more and more. Obviously, they had to prepare the Suzuka 8 Hours as well, so finally I’m happy they won the race.

“So, maybe they have some more capacity now for MotoGP again and this is good.”